“The lunatics are in my hall/ the paper holds their folded faces to the floor/ and every day the paperboy brings more.”- Pink Floyd.

Pink Floyd’s lyrics from the classic “Dark Side of the Moon” album is quite surreal today giving recent events. The lunatics are certainly out there and the media is giving them plenty of coverage.

First was Jared Loughner who open fired on a political outing by Senator Gabby Giffords in Tucson, Arizona in 2011 killing six people including a federal judge and a nine year old girl. He wounded 14 others including Gifford who was shot in the head and a special assistant to her. In a recent jailhouse interview by his court appointed psychiatrist, Loughner , who was heavily medicated on psychiatric drugs showed no remorse as he said Gifford deserved to die and was surprised she survived a bullet to the head. Sorry Jared, you are the one who deserves to die. When a person serves notice on society that they are no longer fit to be among us like you, they should be done away with accordingly. Jared has agreed to a deal to plead guilty before a judge thus sparing him the death penalty and living the rest of his natural life in prison with no parole.

Next, James Holmes, the 24 year old neuroscience genius student at the University of Colorado who walked into a movie theater in Aurora, Colorado showing The Dark Knight Rises and open fired on a theater full of people using gas bombs and killed 12 people and wounded 58. He is being charged with 24 counts of murder and 116 counts of attempted murder. The prosecution intends to seek the death penalty.

More recently was Wade Michael Page, 40 years old who open fired on a Sikh temple in Wisconsin and killed six people before a police officer killed him. The heavily tattooed maniac was a member of a white supremacist skinhead group and played in white supremacist rock bands. Police are still wondering what the motive was other than the fact Page hated muslims and they think he thought sikhs were muslims.

Whenever incidents like this occur, politicians and the public immediately clamor for more stringent gun laws. In New York, Governor Andrew Cuomo vowed to pass new state laws to crack down on illegal gun use and violence. The answer is not to pass new gun laws, but just enforce the existing ones. Currently there are 300 state gun laws as of 1999 defining those that manufacture, design, sale, purchase and possession. If you count local, state and federal laws the number rises to 20,000 laws. How many more laws do we need?

Gun control opponents often cite the example of the Nazi regime, claiming that once the Nazis had taken and consolidated their power, they proceeded to implement gun control laws to disarm the population and wipe out the opposition, and the genocide of disarmed Jews, gypsies, and other “undesirables” followed.

As folksinger Bob Dylan once said , ”And who really is responsible for one man carrying a gun? Surely it’s impossible that it’s him.” 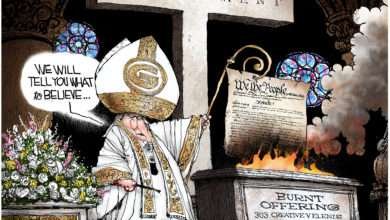