The Nanny State out does it self once more… Soon it will be illegal to sell cup cakes on school grounds in the Commonwealth of mASSachusetts.

But Heaven forbid you try to sell a Cup Cake, Brownie or other “Competitive Food” to the little darlings in public schools at a fundraiser or Bake Sale. You’ll be screaming “Don’t Tase Me Bro” faster than you can say “But I’m 1/32nd Cherokee Indian & have high Cheekbones”…

you know the Official Cookie of The Commonwealth is the “Toll House Chocolate Chip Cookie”… Ironic isn’t it. we have a cookie whose name is (loosely) based on a payment/tax required to travel on a road and now there is a law forbidding even that cookie to be sold… Our Forefathers would be shaking their heads in disbelief.  Maybe we need A Boston Cup Cake Party? We’ll get a Flash Mob together and Toss our Cookies in the Hoston Harbor.  Watch your Cell for the Date & Time.

UPDATE: April 9th
The Massachusetts House today voted to derail the ban on cupcakes and other items at bake sale fundraisers at local schools. (Full Story)

Support Conservative Daily News with a small donation via Paypal or credit card that will go towards supporting the news and commentary you've come to appreciate.
Tags
Bake Sales Cup Cake Massachusetts Politics 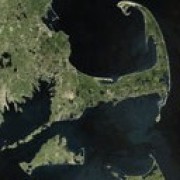