At 12:00am on Tuesday January 10th, the first votes were cast in Dixville Notch, NH in keeping with a tradition that’s been around since 1960.

New Hampshire holds 12 delegates in the quest for the GOP nomination where 1,144 delegate votes will be required to win.

The New Hampshire Secretary of State is expecting as many as 250,000 votes to be cast in the Republican primary.

CDN will be updating this post with up-to-the minute data from local polling, entrance polls, precinct data and finalized results.

07:00 (1-11) Stillll counting The order hasn’t changed nor has much of the share of votes. We aren’t expecting anything to change from this point on.

23:25 Santorum’s hold on 4th place slips as Gingrich puts .2% distance between them

22:02 Newt Gingrich speaks: “I’m asking each of you not to slow down.” “I believe we can create a majority that can shock the country.”

21:29 – Huntsman takes the mic: “I’d say third place is a ticket to ride. Hello South Carolina!” he began “We had conversations about putting this country first”. “Everybody knows Congress needs term limits.”

21:00 – Ron Paul at the podium to speak. “[Romney] certainly had a clear-cut victory, but we are nibbling at his heels.” “We remain a danger to the federal reserve system!”

20:46 – 50 votes separate Ginrich and Romney with Gingrich holding on to fourth place by a slim margin

20:26 – Romney takes the stage to speak at victory rally to crowd chanting “Mitt, Mitt, Mitt”. “Tonight, we made history” Romney began, “Today we are faced with the disappointing record of a failed president.” “The president has run out of ideas, has been running out of excuses .. and now, he has run out of time”

18:45 – Exit polling is showing Romney holding on to the top spot in New Hampshire

00:07 – As no surprise, Obama took the entire Democrat primary with 3 votes. 6 votes for Republicans, 3 votes for Dems.

00:06 -Nine voters showed up for the early morning primary in the small New Hampshire town of Dixville Notch, NH. 2 registered democrats, 3 registered republicans and 4 independents voted and the results of the first poll to close give Dixville’s precinct to a tie between Jon Huntsman and Mitt Romney with two votes a piece. Ron Paul and Newt Gingrich each received 1 vote.

Support Conservative Daily News with a small donation via Paypal or credit card that will go towards supporting the news and commentary you've come to appreciate.
Tags
2012 primaries New Hampshire Politics The 2012 Election 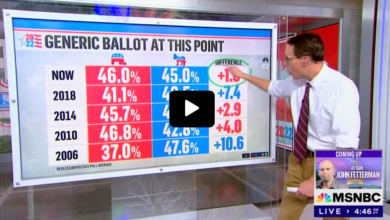