One can’t help but notice all the suspicious coincidences surrounding the Herman Cain “story” (all accusations included) that has been sucking the oxygen out of the GOP media-cycle for weeks. Least among the curious coincidences in the stories is that all of these accusers come out of a 3-year period where Cain served as President of the National Restaurant Association. No other complaints come from any other organization in his decades-long career. That’s too strange to understand. The distraction is undoubtedly deliberate, but who stands to gain the most from it?

Are the accusers receiving money or other incentives for going public with these accusations now? And what’s up with all of the Cain accusers being evicted? Just yesterday, Sharon Bialek, the first accuser to come out of the shadows and speak publicly about her accusations, was served eviction papers.

Ginger White, who has had numerous evictions or threats of eviction over the years, also decides to go public now with an alleged 13-year long affair with Cain, even though she didn’t seem compelled to speak out when he ran for the Senate a few years ago to represent the state in which she lives. Desperation really brings out the worst in people, but this seems to be more than a woman trying to get a book deal or her 15-minutes of fame. It’s all too smoothly-scripted, and the media is eagerly getting into character.

This begs the question: Who is orchestrating this take-down?

The MSM is terrified of Herman Cain. While he has some significant shortcomings on his political resume, he is a dynamic leader with proven business success, and he has a fierce intensity of support among white and black Americans. This is clearly a threat to the re-election of Obama, since having two black candidates on the 2012 ballot would level the playing field for those who insist on voting exclusively along racial lines.

However, the fact that this story broke during the primary season instead of remaining buried until the GOP nominee had been decided leads me to believe that it might have been initiated by an opponent on the right. The best strategy for a sitting Democratic President would clearly have been to drop the sexual impropriety allegations as an October surprise, but that isn’t at all what has happened. Either someone is wagging the dog – maybe to distract those on the right from all the outrage brewing in response to Obama’s absurd abuse of power (he’s signed like 9,000 executive orders this year) – or the news was strategically leaked in an effort to benefit someone hoping to win the GOP nomination. Would a candidate on the right sabotage the campaign of one of his conservative brethren? Sadly, the answer to that question is a resounding yes.

Whoever it is that has their hands on the marionette strings should be given some credit, because clearly the plan is working. Herman Cain, the most refreshing capitalist to join Presidential politics in generations, is witnessing total disintegration of his campaign. Because of the path this scandal has taken, he’s pretty well tarnished to the point that he can’t even be considered a viable option for the veep position. It’s unfortunate, and we can only hope that the truth will eventually be revealed, but for now, it looks like Herman Cain is about to exit stage right. 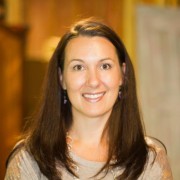