Favorite talking points of the liberal left is how “the gap between the top 1% of earners and the middle class is…”. Or how “the incomes of the top 1% are growing by x% compared to the working class”.

These declarations are laughable – Not because the person spewing them is ignorant of economics, or because the successful like to see people supposedly left behind by our economic system. No, these sorts of statements are ridiculous because they infer that it is impossible to be rich in this country unless you start out rich.

When someone points out that incomes for the top 1% have increased, they want their audience to assume that over time, it is the same individuals occupying the positions that make up the top 1%. “The rich get richer” is a phrase most know and even take for granted, without ever asking what it means. For example, IRS data show that by 2005, most of those who were in the top 1% of wage earners in 1996 had been replaced. That doesn’t sound like the rigid class system the left wants us to believe is in place.

Another conclusion the is that viewers/readers think that income gaps are a bad thing.

First, if people earn higher incomes or hold more wealth, that is a signal to anyone else that it is achievable for them too. I’ve met people who live well beyond any means by which I am currently capable. I want to enjoy the success and wealth they enjoy and I work harder to achieve it.

A second reason income inequality, specifically expansion at the top, is a good thing, is that overall wealth is continuing to grow at a high rate.

Wealth expansion, over time, benefits everyone. If wealth were expanding faster at the bottom of the income spectrum, it would mean a devastating lack of investment opportunities. Capital doesn’t operate in a vacuum, and those who possess it generally do not hoard it. Instead, they look to place it in the hands of the capable, who will, in turn, create future income streams.

Finally, an assumption that those bemoaning the gap between rich and poor want us to make is that wealth is like a pie – the more you have, the less I have. While at any given time, in a momentary snapshot, it is true that wealth is fixed. But next year, next month, or even in the next second, total wealth in the world can expand or contract.

Throughout history, it has expanded, with most all of it happening since the Enlightenment. Instead of a pie, it is more accurate to think of wealth as the number system. Any number you can imagine, no matter how large, there exists an infinite amount higher. It is the same with an economy. While all of the assets in the world are finite, there is always room to expand. We can all get richer, and despite efforts to convince you otherwise, we have all gotten richer. Life expectancy and quality are at all time highs. It can keep moving upward, although much more easily if people are encouraged to create, rather than made to feel jealous of those who have.

Support Conservative Daily News with a small donation via Paypal or credit card that will go towards supporting the news and commentary you've come to appreciate.
Tags
class warfare liberals Politics rich 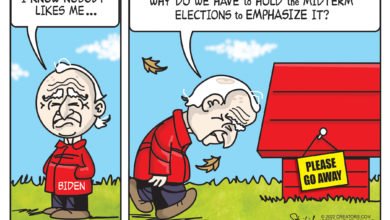