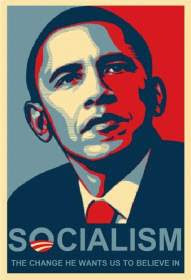 Nikita Kruschev once said, “We can’t expect the American People to jump from Capitalism to Communism, but we can assist their elected leaders in giving them small doses of Socialism, until they awaken one day to find that they have Communism.”  I remember hearing this for the first time in high school and thinking, “silly Russians, tricks are for libs”.  That was a time when Communism was evil, socialism was wrong, and the can-do spirit of the working class American was at a pinnacle.  What has changed you ask?

First, we visit California (surprise, I know).  Representative Diane Watson of California was speaking at a town hall on August 27th, 2009.  Besides the many racist remarks that she littered her speech with, she decided to lift Communist leaders to a level of hero-worship I would not have thought possible.

“And I want you to know now… you can think whatever you want to about Fidel Castro, but he was one of the brightest leaders I have ever met. *APPLAUSE*”.

If the fact Rep. Watson thinks Castro is one of the brightest leaders didn’t get your attention, how about a crowd applauding the statement?  Castro and his brother have sucked billions of dollars out of that economy, ruined a once garden spot, and created a disparity between the wealthy (elitist government) and the poor that only Rep. Watson could admire.  In the same discussion, she applauds Che Guevara (interesting link on Che) for kicking the wealthy out.  Of course, she means except for the soon-to-be, rich-beyond-belief, government elitists.

Some might say, wow, a U.S. Congresswoman supports radical communists!  That’s a serious issue alone, and I would respond, but wait… she’s not the first, and it’s not over.

We start with Czarina Browner.  A Czar is an appointee of the President that has no Congressional oversight nor is the role provided for in our three branch system – but the Constitution really does get in the way sometimes…   Mrs. Browner is/was a member of the Socialist International’s “Commission for a sustainable world society”.  Why the confusing is/was?  Well, according to a Washington Times article, on June 30th, 2009 she spoke at a Socialist International event in Greece.  The strange thing is that her profile was prominently displayed on the Socialist web page, up until Mrs. Browner became Obama’s pick for Climate Czar.  That organization believes that countries with large economies should shrink them to address climate change.

Next is President Obama himself.  When TARP (Troubled Asset Relief Program) was first outlined in 2008, it did not contain any intent or power to have any stock to be transferred to the government.  Thereby, the private entities could not be made public or the property of the U.S. Government.  The Democrats took action.  The first step was to make sure that the government was given stock for the money that was lent.  Republicans fought hard to make sure it was only preferred, or non-voting, stock.  Obama took the next step by making sure that TARP included a conversion of the preferred to common stock.  This gave the government voting rights into the banking system which would put over 500 financial institutions under government control.  Control of finance, control of some of the largest manufacturers in the country (GM and Chrysler), control of insurance.

Recent events of historical proportion also expose our current leadership’s Socialistic tendencies.  Many “crises” have come lately that have allowed the administration to take drastic actions (i.e. the conversion of preferred to common stock within TARP, government ownership of GM, etc).  A Socialist strategy shows us that these actions were not necessarily responses to crises, as much as a plan to use existing and perhaps manufactured crises to change America forever.  In 1966, The Nation magazine published an article by Richard Cloward and Frances Piven, both radical socialists and professors at Columbia University.  The article discussed a strategy for the ultimate demise of Capitalism thereby allowing Socialism to replace it as the basic theory of economic organization for the United States.  The strategy was published as the “Cloward-Piven Strategy” and sought to “…hasten the fall of capitalism by overloading the government bureaucracy with a flood of impossible demands, thus pushing society into crisis and economic collapse.”.  Those impossible demands: Social Security, Medicare, Health Care/Insurance Reform, ARRA, the list goes on.  James Simpson does an in-depth look at the strategy in his article, “Barack Obama and the Strategy of Manufactured Crisis”.

James Bopp, a constitutional law lawyer wrote, “”The threat to our country from the Obama administration cannot be underestimated … They are proceeding pell-mell to nationalize major industries, to exponentially increase the size, power and intrusiveness of the federal government, to undermine free enterprise and free markets, to raise taxes to a confiscatory level … the goal of the Obama administration has become clear and obvious – to restructure American society along socialist ideals”.  There is no doubt that we have crisis influencing Socialism, some coincidence.  Like the sudden Health Care Crisis, right after our Economic Crisis (caused by the Democratically-controlled Congress’ “unsustainable drive to increase homeownership), and perhaps shortly before our debt and inflation crisis.

We have a President using Socialist Strategies (Cloward-Piven), an administration filled-with and associated-to hard-core radical Socialists, portions of Congress praising radical Socialists/Communists, and a  President professing the Constitution as a flawed document.

It would appear that we are at a critical juncture.  We must organize, inform, influence and vote – or we may awaken to find that we have communism.  This certainly comes across as a statement of fear, because it is – not to instill fear of some policy, legislation, or specific political figure, not fear for fear’s sake.  It is a call to action.  Let’s wake up before we find that we have communism.  The alarm is going off.  Do NOT hit the snooze button just one more time.

Support Conservative Daily News with a small donation via Paypal or credit card that will go towards supporting the news and commentary you've come to appreciate.
Tags
Barack Obama czars Politics socialism