The Latest News about Plane Crash

Two planes collided midair and crashed into an Idaho lake Sunday with an estimated 8 people onboard, according to the Kootenai County Sheriff’s Office. “It is believed there are no survivors,” Kootenai County Lt. Ryan Higgins said in a statement on Facebook. Two people were pulled from the water and pronounced dead at the scene, though they have yet to ...

END_OF_DOCUMENT_TOKEN_TO_BE_REPLACED 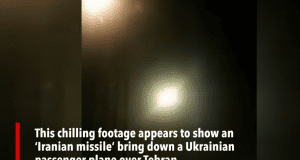 A video has surfaced that allegedly shows the moment when an Iranian anti-air missile strikes Ukraine Flight PS752 near Tehran. Watch: Content created by Conservative Daily News and some content syndicated through CDN is available for re-publication without charge under the Creative Commons license. Visit our syndication page for details and requirements.

END_OF_DOCUMENT_TOKEN_TO_BE_REPLACED 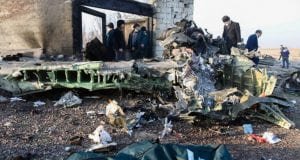 Iran may have accidentally shot down Ukraine flight PS752, according to reports from Fox News, CBS News and Ukrainian news agencies. From Fox News: The Ukrainian plane that crashed shortly after taking off from Tehran’s international airport was shot down by mistake by an Iranian anti-aircraft missile, Pentagon officials told Fox News. From CBS News U.S. intelligence picked up signals ...

END_OF_DOCUMENT_TOKEN_TO_BE_REPLACED

Ethiopian Pilots Did Everything Right, Still Couldn’t Save Plane

Grace Carr April 4, 2019 Comments Off on Ethiopian Pilots Did Everything Right, Still Couldn’t Save Plane 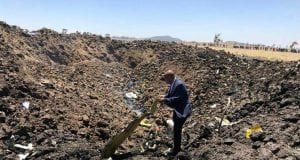 The pilots aboard Ethiopia Airlines Flight 302 followed proper procedure and did all they could to save the plane before its deadly crash, officials said Thursday. “The crew performed all the procedures repeatedly provided by the manufacturer but was not able to control the aircraft,” Ethiopia minister of transport Dagmawit Moges said at a Thursday news conference, according to Fox ...

END_OF_DOCUMENT_TOKEN_TO_BE_REPLACED

Plane Crashes In Ethiopia Minutes After Takeoff, 157 Dead Including 8 Americans |

Tim Pearce March 10, 2019 Comments Off on Plane Crashes In Ethiopia Minutes After Takeoff, 157 Dead Including 8 Americans |

Plane Crashes In Ethiopia Minutes After Takeoff, 157 Dead Including 8 Americans Tim Pearce on March 10, 2019 An Ethiopian Airlines flight crashed soon after taking off from Ethiopia’s capital Sunday morning, killing all 157 passengers and crew members on board, including eight Americans, Fox News reported. The Boeing 737-8 MAX plane took off from Addis Ababa’s Bole airport at ...

END_OF_DOCUMENT_TOKEN_TO_BE_REPLACED

DCNF May 3, 2018 Comments Off on Surveillance Footage Shows Military Aircraft Nosedive Into The Earth In Georgia, Killing Nine 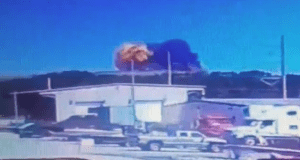 by Ryan Pickrell A Puerto Rico Air National Guard WC-130 military transport aircraft nosedived shortly after takeoff in Savannah, Ga., Wednesday, ending the lives of the nine people on board. The plane went down off Highway 21, creating a massive fireball when it hit. Witnesses told reporters that it sounded like a bomb going off when the fatal crash ...

END_OF_DOCUMENT_TOKEN_TO_BE_REPLACED 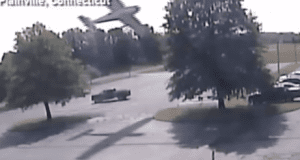 A small plane crash landed in a parking lot in Plainville, CT on Monday. Federal Aviation Administration officials said that the single engine Cessna veered off the runway at nearby Robertson Field, but it was unclear if it had been trying to land at the airport or had just taken off. The pilot was taken to a local hospital with ...

END_OF_DOCUMENT_TOKEN_TO_BE_REPLACED

RENO, Nev. Breaking News: Plane Crashes into spectator area during air race on Friday killing at least 3 including the pilot. It has been confirmed the Unlimited P 51 mustang plane “Galloping Ghost” piloted by 74 year old pilot Jimmy Leeward from Florida has went into the stands during Race 77. The race was the final race of the day ...