Frank Salvato is a managing partner at TR² Consulting Group, LLC, an organizational and media strategies group. He is the host of The Underground podcast as heard on iHeart Radio, Pandora, Spotify, and anywhere podcasts are heard. His writing has been recognized by the US House International Relations Committee and the Japan Center for Conflict Prevention. His analysis has been published by The American Enterprise Institute, The Washington Times, and Accuracy in Media, and is nationally syndicated. Mr. Salvato appeared on The O'Reilly Factor on FOX News Channel and is the author of six books examining internal and external threats facing our country. He can be heard twice weekly on “The Captain’s America: Third Watch” radio program syndicated nationally on the Salem Broadcasting Network and Genesis Communications affiliate stations. 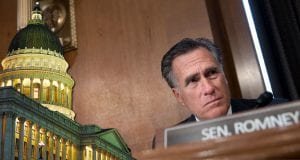 With the exception of a very few, Republicans, conservatives, and all those on the Right side of the aisle have all but shunned US Sen. Mitt Romney (R-UT), for his vote to impeach the President on the charge of Abuse of Power. In the politically charged atmosphere of the beltway, Romney was expected to vote in lock-step with his political ...

END_OF_DOCUMENT_TOKEN_TO_BE_REPLACED

The Whining of the Impeachment Basij 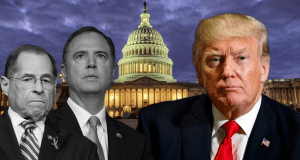 The time for “making the case” was during the phase of the process when the case was required to be made. That phase was the House impeachment phase.

END_OF_DOCUMENT_TOKEN_TO_BE_REPLACED 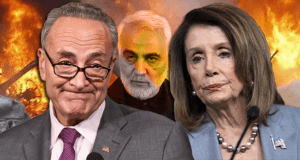 Once again, and purely for political purposes, Nancy Pelosi and the “America bad” Progressives in the Democrat Party are moving the goalposts to fit their agenda. This time it is the crafting of resolution language that would – once again – politicize military operations and hobble the President’s ability to defend our military personnel on the ground. In the aftermath ...

END_OF_DOCUMENT_TOKEN_TO_BE_REPLACED

The Pig-Ignorance of Tim Kaine & The Pro-Iran Left 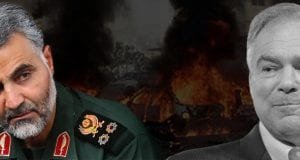 “Soleimani was a despicable killer, but this drastic escalation of hostilities, waging a military attack on Iraqi soil over the objections of that country and without congressional authorization, will increase the threat to American troops, diplomats, and families in the region,” US Sen. Tim Kaine (D-VA), said in a tweet. This is the kind of opportunistic pig-ignorance that passes for ...

END_OF_DOCUMENT_TOKEN_TO_BE_REPLACED

The Idea of Left & Right Is a Propaganda Illusion 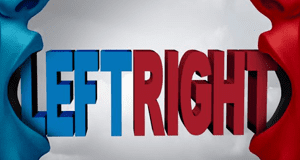 ►Listen to the Podcast For getting on decades I have been pointing out that the idea of a political Left and a political Right is disingenuous. Additionally, this false narrative has been advanced by political opportunists whose goal is in the systematic manipulation of the electorate. And this fraud is perpetrated by the political class around the world. Here in ...

END_OF_DOCUMENT_TOKEN_TO_BE_REPLACED 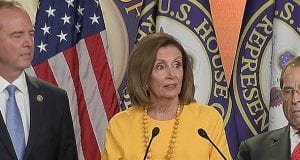 ►Listen to the Podcast* “[T]he President must be held accountable for his betrayal of his oath of office, betrayal of our national security, and the betrayal of the integrity of our elections.” – NancyPelosi, September 24, 2019 With all the “impeachment” talk captivating the news cycles on the usual suspect cable and alphabet news channels, it is well past time ...

END_OF_DOCUMENT_TOKEN_TO_BE_REPLACED 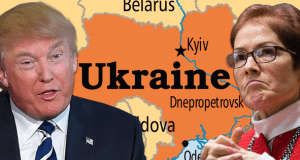 This is what happens when we stop teaching civics and government classes in high school. People start believing that politics is government and that appearances and personal opinion circumvent the rule of law and the US Constitution. This is a direct result of the Progressive Movement having captured the education system and the mainstream media complex. The Associated Press published ...

END_OF_DOCUMENT_TOKEN_TO_BE_REPLACED

Hong Kong: A Repeat of the Iranian Green Revolution Fail?

Frank Salvato September 22, 2019 Comments Off on Hong Kong: A Repeat of the Iranian Green Revolution Fail? 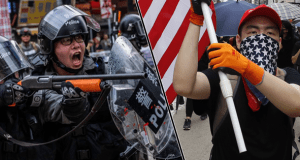 Have you read a lot about the pro-democracy (read: pro-freedom) demonstrations currently taking place in Hong Kong? If you are like most people you are surprised to hear that they are still taking place. That’s because the “loud-mouth media” – or the big cable networks, to be more specific – are more concerned with sensationalism than news that happens to ...

END_OF_DOCUMENT_TOKEN_TO_BE_REPLACED

Proof Positive That CNN Is a Propaganda Machine 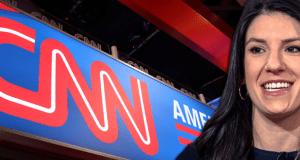 For years, even as it has been more than obvious they exist just a bit to the left of Trotsky, CNN has claimed that it is a legitimate and objective news source. Even as the public became more aware of the agendized propaganda spewing forth from Chris Cuomo, Don Lemon, and Christiane Amanpour, and even as CNN uploaded partisans like ...

END_OF_DOCUMENT_TOKEN_TO_BE_REPLACED

Just Like the Green Movement in Iran, There Is Much the US Can Do To Aid Freedom in Hong Kong 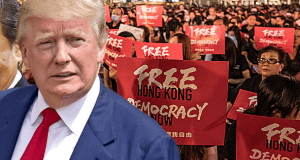 Among the headlines the mainstream media is pushing, hidden in the middle toward the bottom, is the news about the freedom fighters protesting in Hong Kong. Just as with the Green Movement that sought the overthrow of the oppressive Islamofascist mullahs in Iran, the United States has an opportunity to advance freedom in the world by aiding those who are ...

END_OF_DOCUMENT_TOKEN_TO_BE_REPLACED

This Is What Our Society Has Come To

Frank Salvato August 24, 2019 Comments Off on This Is What Our Society Has Come To 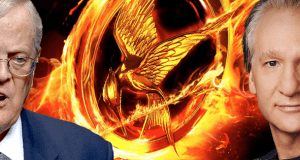 We didn’t even hear the minions of the Progressive-Fascist Left say “f*ck him” when Osama bin Laden died, but in the aftermath of the death of Libertarian billionaire David Koch, the caustic Left is in full super-charged mode. This is what the Left has come down to; an arrogant horde of self-important malcontents who stomp on the graves of those ...

END_OF_DOCUMENT_TOKEN_TO_BE_REPLACED

And The Obama Propaganda Scheme Rolls On 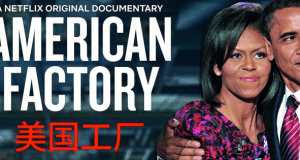 If it wasn’t enough that they retained Valerie Jarrett to run their operations from a mansion less than ten miles from the White House, the Obama’s are now documentary producers. They join the ranks of the Carters and the Clintons in former First Families who stay in the spotlight long after their stints in leadership are over. Michelle and Barack ...

END_OF_DOCUMENT_TOKEN_TO_BE_REPLACED

The Democrats Celebrate Their Hypocrisy Openly

Frank Salvato August 18, 2019 Comments Off on The Democrats Celebrate Their Hypocrisy Openly 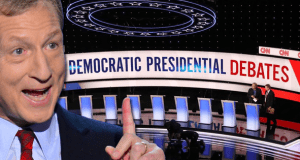 The political Left – from AOC to Pelosi, Schumer to Sanders – have for years insisted that the Republicans and Conservatives are bought and paid for by “big money”; by corporations and the mega-rich. They paint a picture of government being bought in smoky backrooms to the highest bidder. But a squabble between the 2020 General Election Democrat candidates is ...

END_OF_DOCUMENT_TOKEN_TO_BE_REPLACED 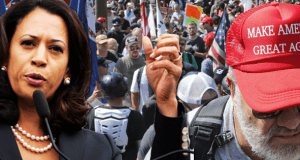 Progressive presidential candidate Kamala Harris has suggested that if elected President of the United States she would propose and support “red flag law” legislation that would create “domestic terrorism prevention orders”; allowing law enforcement to temporarily restrict a person’s access to legally owned weapons should they feel the person is a danger. Aside from the obvious Second Amendment issue, there ...

END_OF_DOCUMENT_TOKEN_TO_BE_REPLACED 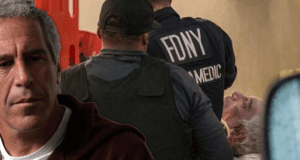 The death of pedophile billionaire Jeffrey Epstein puts two very real facts into play. One, his death never should have happened, and two, it is insanely obvious that his death came by nefarious means. But a third and more important fact is staring the American people in the face and there is no arguing it away. Almost immediately after Epstein’s ...