An MSNBC contributor delivered a reality check about calls to abolish the filibuster Monday, saying its removal would be a “horrible idea.”

“I don’t think it’s a wise idea for a whole bunch of reasons,” Matt Lewis, a conservative columnist at the Daily Beast, told “Morning Joe” guest host Jon Lemire. “You know, first, obviously, I think Joe Biden was elected to restore normalcy and institutions and norms, and blowing up the filibuster, I think, is the opposite of that.”

Democrats and liberals have called for the elimination of the filibuster to advance abortion, gun control and voting rights legislation on multiple occasions. Democratic Sens. Joe Manchin of West Virginia and Kyrsten Sinema of Arizona have rejected the idea of ending the filibuster.

“Remember back in 2013, Mitch McConnell warned Harry Reid, if you nuke the filibuster for most judicial appointments, you will regret it and probably sooner than you think,” Lewis said.

“If Democrats right now, with Joe Biden’s recommendation, seize this opportunity to blow up the filibuster, what are they going to do when Republicans win back the Senate and possibly the presidency?” Lewis asked. “I think maybe they should think about that. So I understand why Joe Biden feels the need to do this, to say this, to gin up the base heading into the midterms, I just think it is a horrible idea for everybody, including Democrats.”

The White House did not immediately respond to a request for comment from The Daily Caller News Foundation. 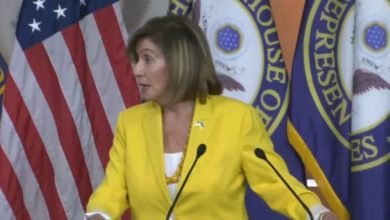