He was armed with a gun, a tactical knife and pepper spray at the time of his arrest and told police he planned to kill Kavanaugh to give his life a “purpose,” according to a federal affidavit. Roske told investigators he was upset about a leaked draft opinion revealing the court would likely overturn Roe v. Wade and about the recent school shooting in Uvalde, Texas.

Democrats have been slow to condemn threats and intimidation of justices after a leaked draft opinion revealed that the court would likely overturn Roe, initially reported by Politico. They excused and in one case encouraged protests in front of justices’ private homes after the pro-abortion group “Ruth Sent Us” published what it claims are the home addresses of the six conservatives on the court.

Roske told authorities he had found Kavanaugh’s address online, according to the affidavit.

The White House refused to condemn the protests and wouldn’t say whether it wanted the protests to change justices’ minds about the decision. Demonstrations in front of justices’ homes, including Kavanaugh’s, continued the night after the attempted murder.

A small group of pro-abortion protesters are outside Justice Kavanaugh’s home to demonstrate about the potential overturning of Roe v. Wade. Police formed a line in front of the home. pic.twitter.com/SdV4Rbrg44

The White House pivoted one week after the draft opinion was leaked and condemned any “violence, threats or vandalism” from protesters May 9, then explicitly encouraged protesters to continue demonstrating outside justices’ homes the next day. Several legal experts said picketing a judge’s home with the intent to influence their rulings is illegal, according to The Washington Post.

While Republicans vocally condemned the protests, most Democrats who spoke to the press about the issue did not object to them, according to Politico.

Senate Majority Leader Chuck Schumer said he had no issue with protests outside justices’ homes in a May 10 press conference.

Q: "Are you comfortable with the protests that we saw outside the homes of Supreme Court justices over the weekend?"@SenSchumer: "If protests are peaceful; yes. My house, there's protests 3-4 times a week outside my house." pic.twitter.com/Mlu5dbHDbr

“Are you comfortable with the protests that we saw outside the homes of Supreme Court justices over the weekend?” a reporter asked.

“If protests are peaceful; yes. My house, there’s protests 3-4 times a week outside my house,” he said.

Schumer previously threatened conservative justices in a 2020 speech as the court considered a different abortion case.

Democratic New Hampshire Sen. Jeanne Shaheen dared the court to overturn Roe and suggested that it would cause a revolution in November 2021.

.@SenatorShaheen on new abortion restrictions going into effect in N.H. & the upcoming Dobbs v. Jackson Women's Health Organization case: "I think if you want to see a revolution, go ahead, outlaw Roe v. Wade and see what the response is…" #NHPolitics #WMUR pic.twitter.com/O7weoVuOSk

“I think if you want to see a revolution, go ahead, outlaw Roe v. Wade and see what the response is,” she said.

U.S. Deputy Marshals saw Roske exiting a cab dressed in black and carrying a backpack and suitcase at around 1:05 a.m. Wednesday, according to the affidavit. Local law enforcement then received a call from someone identifying as Roske who said he was suicidal, armed with a gun and planning to kill a Supreme Court justice.

Local police were quickly dispatched and arrested Roske while he was still on the phone, according to the affidavit. Authorities seized his luggage, which also contained zip ties, a hammer, a screwdriver, a nail punch and various other items.

Roske told U.S. Magistrate Judge Timothy J. Sullivan that he was on medication but had a clear enough head to understand the proceedings during a Wednesday court appearance, according to The Washington Post. He consented to being detained until his trial and waived his right to a bond hearing.

The White House, Schumer and Shaheen did not respond to The Daily Caller News Foundation’s Request for comment. Ruth Sent Us did not comment but referred TheDCNF to a Twitter thread the group had written which condemned violence generally while disputing reports that Roske had been armed with a gun and calling Kavanaugh “abusive” and “alcoholic.” 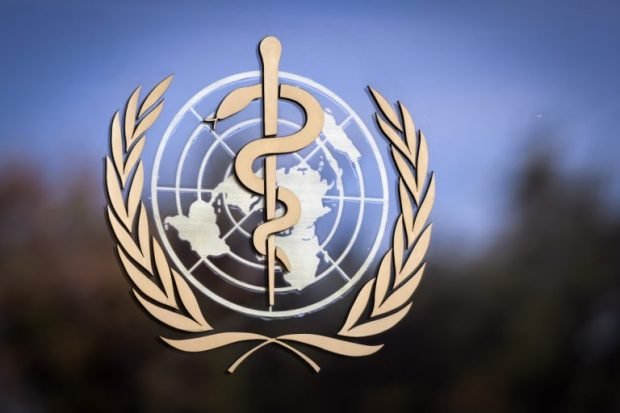