Photos allegedly taken by a Border Patrol agent at the Ursula Processing Center in McAllen, Texas showed fully stocked shelves of baby formula supposedly given to migrants, according to a Wednesday Twitter post by Cammack. The photos come as Americans across the country are seeing empty shelves where stores used to have baby formula as a result of the supply chain crisis and product recalls.

The first photo is from this morning at the Ursula Processing Center at the U.S. border. Shelves and pallets packed with baby formula.

The second is from a shelf right here at home. Formula is scarce.

“We literally are struggling to find baby formula around the country. Moms are struggling, going from store to store to store and then the stores are actually capping the amount of baby formula that they will sell them, but and this got sent to me by a Border Patrol agent this morning and said, ‘This is disgusting. You will not believe this. They’re receiving pallets, and more pallets of baby formula at the border,’” Cammack said in a Facebook Live stream Wednesday.

American retailers lacked supply of 40% of the leading baby formula products as of April 24, according to CBS News. At a CVS store in Washington, D.C., shelves that were once packed with formula now sit mostly empty, TheDCNF observed Wednesday. 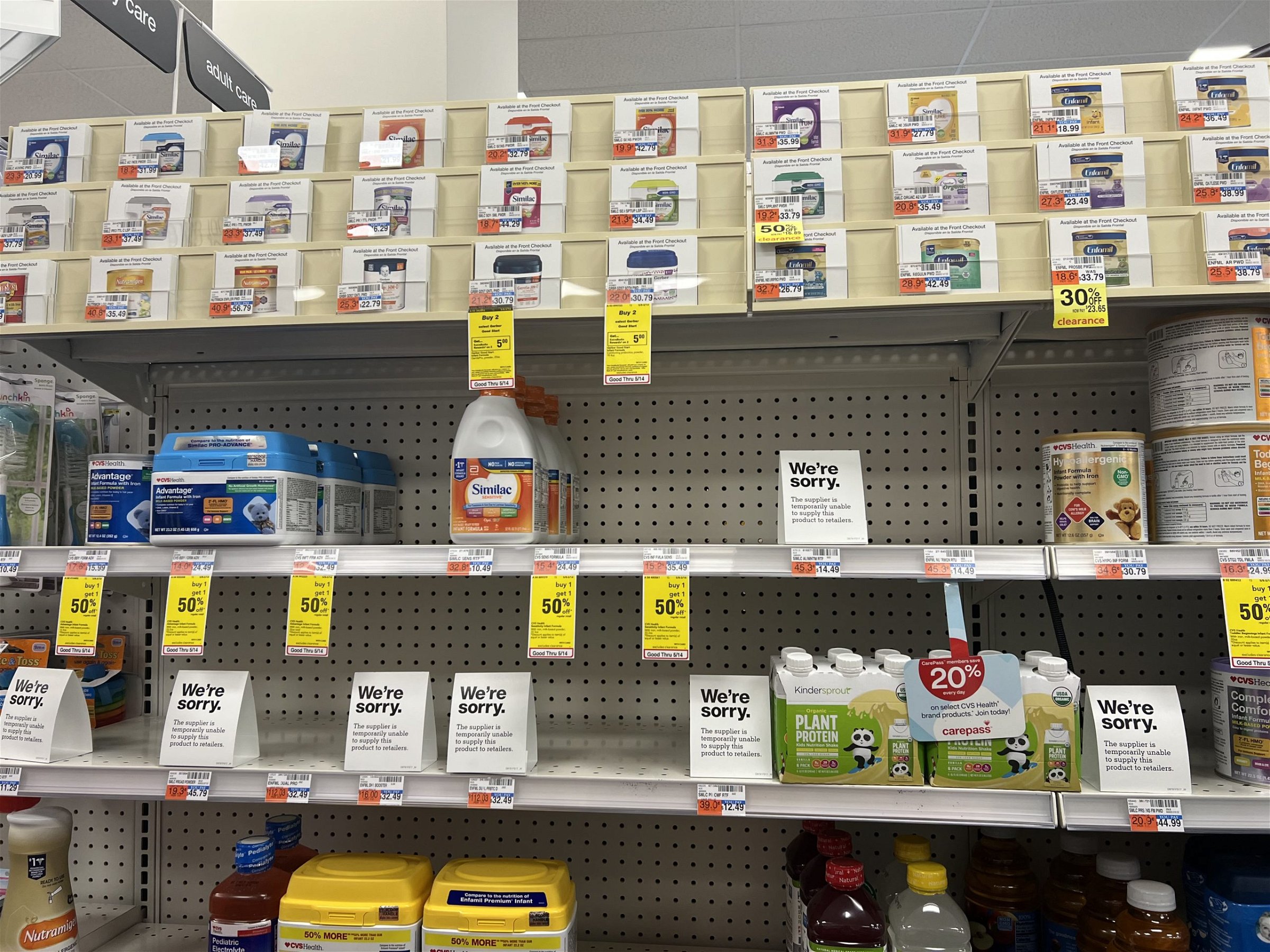 “But something that I absolutely have to share with you right now is the craziness of the empty shelves Biden movement, and the fact that they’re sending pallets. pallets of baby formula to the border. Meanwhile, in our own district at home, we cannot find baby formula,” Cammack said.

Meanwhile, the Biden administration has expressed concern over the situation.

“Ensuring that infant formula is safe and available for families across the country is a top priority to the White House,” incoming White House Press Secretary Karinne Jean-Pierre told reporters Wednesday amid the ongoing nationwide concern.

“This is what America last looks like,” Cammack said.