Rio Grande City Station agents encountered four large groups totaling 685 noncitizens in Starr County over the past week. The groups consisted of 424 single adults, 190 family members, and 71 unaccompanied children. The migrants are from Central and South America, Asia, and Caribbean. 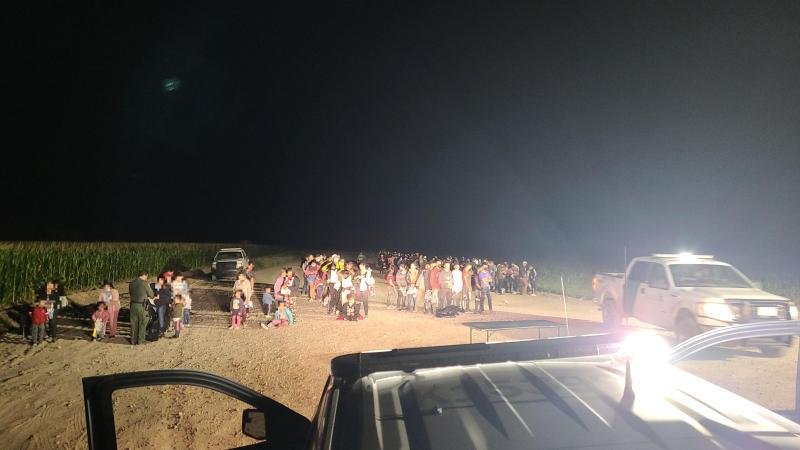 Weslaco Border Patrol Station (WSL) agents apprehended 10 migrants after a vehicle crash near Pharr on May 5. Agents observed the driver speed away, lose control, and veer into a fence after the subjects entered the vehicle.  All the subjects, including the driver, were determined to be illegally present in the U.S. One migrant was transported to a medical facility for minor injuries and later released.

Also on May 5, RGV agents observed a Jeep Grand Cherokee possibly involved in human smuggling activities and requested assistance from Kenedy County Sheriff’s Office (KCSO) deputies and Texas Department of Public Safety troopers to conduct a vehicle stop near Norias. A KCSO deputy activated his emergency lights, the vehicle failed to yield and led authorities on a pursuit. Several subjects exited the vehicle after it was disabled and attempted to abscond. Agents were able to apprehend five noncitizens determined to be in the U.S. illegally. KCSO took custody of the driver, a U.S. citizen, to face charges for failure to yield and human smuggling.

Later that evening, RGV agents working near San Manuel, attempted to initiate an immigration inspection on the occupants of a Hyundai Accent. The driver failed to yield and led agents on a vehicle pursuit. The vehicle came to a stop and the occupants bailed out of the vehicle and into nearby brush. Agents searched the surrounding area and apprehended four migrants unlawfully present in the U.S. The driver was not located.

Support Conservative Daily News with a small donation via Paypal or credit card that will go towards supporting the news and commentary you've come to appreciate.
Tags
border crisis Illegal Aliens Illegal immigration