The last few weeks have been head-spinning for anyone trying to understand the factions that have developed on the American political right over Ukraine. While most Americans back Ukraine President Volodymyr Zelensky (Zelenskyy, Zelenskiy), some don’t.

As far as I can tell, there are three groups: the pro-war Bush-aligned folks, the isolationist ‘Ukraine Sucks’ folks, and then a spectrum of conservatives in the middle that do not want to send a single American to fight a European war, but believe that we have, and should spend, resources that could help stop Russian aggression in its tracks.

I may misunderstand one or all of these groups, but these are my thoughts and observations. MANY of you have emailed asking me to write something on it. So, here it is.

Candace Owens seems the most vocal of the group pushing this most isolationist view. No American troops, no American equipment, no American money, and no American attention. At its core, it is similar to pre-WWII isolationism: America for America and let Europe fight its own wars. But instead of vocalizing that – this faction is, mostly truthfully, pointing out Ukraine’s long history of corruption. Congrats for noticing. This is how Eastern Europe has operated for decades.

Several, including Owens, have pointed out the fact that Zelensky hasn’t fixed Ukraine’s corruption despite running on a platform to do so. That’s true. But former President Donald Trump ran on a platform to ‘drain the swamp’ and that murky mess still burbles malevolently at the center of everything America.

Zelensky now, as Trump did then, has to deal with deeply seeded corruption. In America, it’s the deep state. In Eastern Europe – it’s just how things are. The fact that Americans are just learning about it doesn’t make it easier to fix. We know Pelosi enriched herself with her position and she’s still around.

Zelensky didn’t run off with a trunk full of gold, cash, and artifacts when the Russians attacked. That’s what Oligarchs and corrupt politicians do. He stayed behind, with death as a likely consequence, to lead the Ukrainian people in valiant defense of their homes.

Zelensky is doing what he believes is right for his people. He is using every avenue to communicate, every channel to ask for help, every mechanism to aid his people. That’s what leaders do. Whether you agree with him or not.

Sen. Lindsey Graham seems to be the most visible of this faction. Pushing for a no-fly zone, Graham is either lusting for war – as the never-Zelensky’s might say – or trying to fend off WWIII as he says. Only history will show whether he is more Churchill or Bush, but I personally think he’s pushing too far.

A no-fly zone means NATO (including American) pilots, anti-aircraft sites, and ships shooting at Russian military aircraft. It would also require the assets to defend those AA sites, ships, and aircraft. The only description for such actions is war.

Sure, it is absolutely clear that if Russia can’t quickly sweep Ukraine into the dust bin of history, Putin has zero chance if he takes on NATO – conventionally. And that, my dear friends, is the problem.

Putin has become more like Stalin with every statement, every action, every… everything. ‘A National Cleansing’, no regard for human life, no regard for his own soldiers. The man is a genocidal maniac – like his WWII-era predecessor.

But Putin has nukes. A lot of Nukes. Also, the former KGB officer has biological and chemical weapons that when used cause horrific death and suffering – the stuff of which nightmares are made.

Going to war with Russia must be the absolute last resort for Europe, America, or anyone else.

The ‘We Should Help’ Group

Personally, I’m in this group. While I am an America First kinda’ guy, I also recognize that with our vast resources, it is ok to help where we can, and with history as a teacher, sometimes where we must.

Ukraine is a sovereign nation and there is zero evidence that Putin will stop once he wipes the Ukrainian people off the face of the Earth (if he can). So I believe, as many others do, that it is in the world’s best interest to aid the Ukrainian people in their fight to stop Putin’s aggression as early as possible. But, I do NOT think we should put American Marines, Soldiers, Sailors, or Airmen in harm’s way to accomplish this.

When the USSR fell apart, Ukraine, along with the Baltic states and several others gained freedom from an oppressive communist master. The Baltics (Latvia, Estonia, Lithuania) joined NATO as did other eastern European countries after the fall of the mighty bear.

Ukraine has recently sought to join NATO but has not yet been welcomed into the alliance. The country, that emerged around 839 AD/CE has a rich history and diverse culture that includes Jews, Roma (Gypsies), Cossacks, Russians, and more. It’s been around a good long while and is rich in history, art, and conflict, but that’s for a different article. Just know that Ukraine pre-dates Russia (the Rus state) by a few decades.

Today, Ukraine is an independent state unless Vladimir Putin has something to say about it.

Putin justified his 2014 attack and annexation of Ukraine’s Crimea region because the people of Ukraine deposed his corrupt, Russian, puppet president. Putin went on to claim that he had to protect the Russian population in the eastern Donbas region.

Just because some people loyal to the Russian Federation live in Luhansk or Donetsk does not mean those territories automatically belong to Russia or that everyone in those areas is loyal to Russia.

The three U.S. cities with large Russian populations are San Francisco, Los Angeles, and Chicago. Should we let Putin annex those cities? Ok, yeah, I get it, no loss… but hopefully the point has been made.

Ukraine has the right to protect its borders, its property, and its people – just as we do. Maybe it’s ok if we help them do it with some equipment, know-how, and some cash.

This is an opinion article, my opinion, so feel free to let me have it in the comments below (or support me). I’ve contemplated this odd schism for about three weeks (that showed up conveniently just ahead of the 2022 mid-terms.) I’ve known that one or all of the groups were going to hate whatever I wrote. So be it – as long as they are thinking about it and responding as such, I can take the heat and might learn something.

Support Conservative Daily News with a small donation via Paypal or credit card that will go towards supporting the news and commentary you've come to appreciate.
Tags
Russia Ukraine Volodymyr Zelenskiy 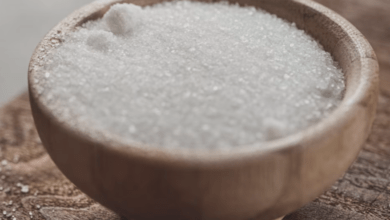