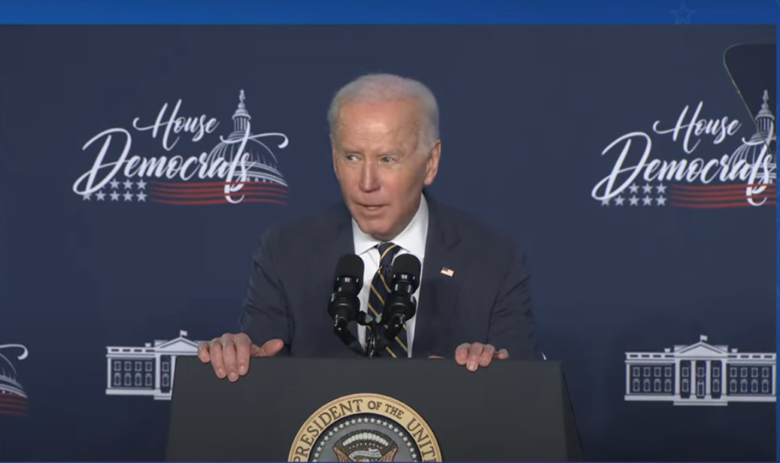 The president spoke for about 36 minutes during which he brought up white supremacy, Charlottesville, and reminisced about his first time running for Congress and wanting to help working people which is is direct contradiction to his energy and foreign policy debacles that have working families struggling to keep up with food and gas costs.

There was a generous amount of self-back-patting on the pandemic, and jobs he believes he created. In fact, the economy still has fewer employed persons than before the pandemic. The jobs numbers he and the Democrats are taking credit for are simply those that have come back after the lockdowns were finally lifted.

There were a few unconfortable ‘too close to the mic’ and ‘angry yelling’ moments, but his most uplifting statement came when he said that if Democrats lose majorities in the House and Senate, all he’ll have left “is a veto pen.” Here’s hoping.