President Joe Biden announced a vaccine mandate on Sept. 9, causing experts to debate the potential economic impact of the rule.

Biden directed the Department of Labor’s Occupational Safety and Health Administration (OSHA) to create a rule requiring businesses with 100 or more employees to require that employees get vaccinated or undergo weekly testing.

The new mandate would affect roughly 100 million Americans, specifically private employees, health care workers and federal contractors who have yet to receive a vaccine, the Daily Caller reported.

“We’re going to protect vaccinated workers from unvaccinated co-workers,” Biden said when introducing the mandate, the Daily Caller reported. “We’ll reduce the spread of COVID-19 by increasing the share of the workforce that’s vaccinated in business all across America.”

The mandate announcement came as the nation grappled with a 5.2% unemployment rate and roughly 10.9 million available jobs, according to data from the Bureau of Labor Statistics. Some experts believe that the new rule will hurt the jobs market, delivering a blow to the economy, while others suggest that controlling the virus, especially the delta variant, is the key to economic recovery.

“We are already in an unprecedented labor market right now, and this mandate on private employers adds insult to injury because companies are already facing severe labor shortages,” Rachel Greszler, a research fellow at the Heritage Foundation, told the Daily Caller News Foundation.

Individuals working at companies with 100 or more employees may simply switch to a smaller company to dodge the mandate, Greszler explained. “We certainly know that there are many jobs out there for people who have quit their jobs,” she added.

Employers will also be impacted, as they will need to fire workers who refuse the vaccine or risk a large fine and possibly a lawsuit, Greszler explained.

Greszler sees healthcare, public safety and retail as industries that will suffer the worst from the mandate. Companies like Target have started offering higher pay and more bonuses and benefits to retain employees.

A group of unions from Montgomery County, Maryland, referred to a county bill requiring government employees to receive a vaccine as an “outrageous intrusion,” according to a press release.

“The council is overstepping its authority with this bill in an attempt to direct the workforce,” the local union groups, including those of the United Food and Commercial Workers International Union, Fraternal Order of Police and the International Association of Fire Fighters, said in the press release.

The Montgomery County Executive Marc Elrich criticized the bill, saying “This brinkmanship legislation is not smart policy. It will lead to staffing shortages, diminish public safety, additional financial costs to our taxpayers, and time-consuming legal entanglements,” according to an official statement.

Vaccine mandates will not only negatively impact the economy but also hurt public safety, Dustin DeRollo, a spokesperson for the Los Angeles Police Protection League, told the DCNF.

“The existing loss of sworn police officers already is having a significant impact on public safety,” DeRollo said, adding that only 56% of LAPD union members are vaccinated.

“This means longer response times to 911 calls, less proactive policing, and less (ability) to fully investigate crimes. If we lost a large number of police officers, it would be nothing short of catastrophic for the safety of our residents,” he added.

“The strategy should be educating employees to get the vaccine, not threatening and demonizing them,” Greszler said.

Other economists, like Ben Zipperer at the Economic Policy Institute, told CBS News that vaccine mandates and controlling the spread of the virus are critical for reducing unemployment and kick-starting the economy’s recovery.

“Without a doubt, the main stranglehold on the economy and the labor market is the virus,” Zipperer said. “What that means is, if we want to actually increase employment opportunity, increase the size of the economy and get the size of the labor market back to its pre-pandemic level, we need to get control of the virus — and that includes vaccine mandates.”

Zipperer also explained that employees at larger companies would feel much more comfortable returning to work with the knowledge that their colleagues are vaccinated.

A Gallup poll from Sept. 24 shows that 60% of Americans favor employers implementing a vaccine mandate, while 68% favor companies being required to give employees paid time off to get vaccinated or recover from vaccine side effects. 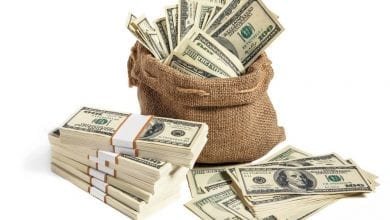 What happens when we reach ‘herd recognition’ of the truth?

A Lot More People Died So Far in 2021 Than Previously: What Changed?