Legal gambling in the U.S. has surged since 2020, with revenue and profits shattering previous records with more states pushing for legalization.

The AGA expects 2021 to be the highest-grossing year in the industry’s history, with a record 45.2 million Americans saying they plan to gamble on the 2021 National Football League (NFL) season.

Betting is fully legalized in 27 states, with five more that have authorized gambling but have yet to launch the sector, according to the AGA. The Supreme Court overturned the Profession and Amateur Sports Protection Act of 1992 (PASPA) by ruling on behalf of New Jersey over the NCAA in 2018.

Congress passed the PASPA act in 1992, outlawing sports gambling in all but four states. New Jersey challenged the law in 2012 arguing that PASPA violated the 10th amendment.

The NCAA and other professional sports leagues sued New Jersey under PASPA in 2012. New Jersey argued that PASPA violated the tenth amendment but the ruling was upheld until 2018 when the Supreme Court ultimately ruled in New Jersey’s favor.

The AGA recently released a report highlighting the industry’s positive outlook for 2021 and 2022, with half of the industry CEOs, who are members of the AGA, expecting better business results than previous years. The industry trend would be driven by increases in new hiring, overall wage growth and capital investments.

The spike in revenue and growing legal trends in the U.S. has raised arguments and concerns around the legalization of an addictive activity that targets the lower class as a regressive tax, multiple experts told the Daily Caller News Foundation.

John Norton, a spokesperson for the National Council on Problem Gambling, told the Daily Caller News Foundation that roughly 2% of the U.S. population suffers from a form of sports gambling addiction, and the number will likely grow as more states introduce gambling legislation.

“We have seen a spike in warnings signs. NCPG’s 2nd National Survey on Gambling Attitudes and Gambling Experiences found a rise in problematic play since 2018, especially among young online sports bettors,” Norton told the DNCF.

“Risk factors for gambling problems doubled between 2021 and our National helpline area up by roughly 20%,” Norton added.

In today's newsletter I share a quote from an insider who knows where sports gambling is heading from a business perspective and explain why that's a very bad thing for people who, you know, like sports. https://t.co/O9fPgaAzSQ pic.twitter.com/DacZZdYg6I

Another argument against the legalization of gambling is that it acts as a regressive tax, taking a large percentage of income from low-income individuals and giving that to more wealthy people.

“All forms of gambling, including state lotteries, constitute regressive taxation,” Marc Edelman, a law professor at the Zicklin School of Business at Baruch College.

Conrad Wiacek, head of sports analysis at the consulting firm Global Data, told the DCNF that he doesn’t believe the regression tax theory because “some of the highest spenders in terms of gambling tend to be rich athletes.”

Tobacco. Alcohol. Drugs. Gambling. Pornography. I'm trying to think of an industry that 1) creates an addictive product, 2) has serious negative secondary effects on society, and 3) can be incredibly harmful to children… which isn't regulated AT ALL. 🤔

Instead, Wiacek sees the greatest social harm with gambling comes with accumulating debt, which isn’t limited to lower-income individuals.

“Gambling companies don’t care if you are an addict or get into debt and certainly have no incentive of stopping you trying to ‘win back’ your debt,” Wiacek explained, discussing the biggest threat gambling companies pose.

Legalized sports betting does bring many benefits, including state tax revenue and additional revenue streams and partnerships for teams and leagues, Wiacek told the DCNF.

“For states themselves, it’s a no-brainer. It’s an income driver with so much revenue,” Wiacek told the DCNF. “For teams and leagues, it opens up a sponsorship avenue that they didn’t have before, which is being seen in the U.S. with companies like Ceasars and William Hill.”

The AGA reported $6.7 billion paid in gaming taxes to state and local governments in 2020, down 34% from 2019.  The sharp drop was due to the pandemic and COVID-19 restrictions.

“Legal sports gambling brings everything above board. Now, if you were looking at the integrity of the game, you can follow where the money was going,” Wolohan told the DCNF. “The casinos can look at where every specific bet goes and recognize if there are unusual trends in bets placed.”

Edelman agreed that legal gambling doesn’t jeopardize the integrity of sports or athletes simply because these professionals have such high salaries.

“If you look at what the minimum salaries are in the four main pro sports leagues today, it would be very unusual for an athlete to throw the game in exchange for money from a gambler and put at risk their current salary,” Edelman told the DCNF. 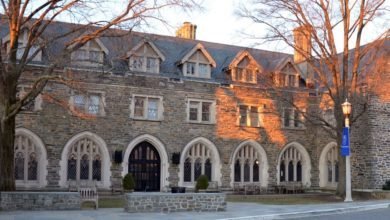 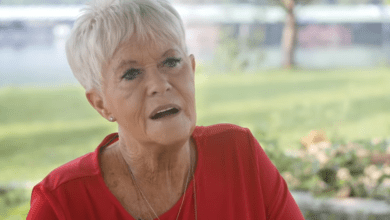 Woman Dies for 11 Mins, Comes Back to Talk About Heaven