A top U.S. general speculated on Friday that a “vast majority” of Afghans temporarily staying at American military sites are refugees, not applicants for a special immigrant visa program.

U.S. Northern Command and North American Aerospace Defense Commander Gen. Glen VanHerck said during a press conference he suspects a majority of Afghans evacuated to the U.S. are refugees rather than Special Immigrant Visa (SIV) applicants. Around 20,000 Afghan nationals are temporarily staying in at least eight military bases across the continental U.S., Chairman of the Joint Chiefs of Staff Gen. Mark Milley said on Wednesday

“As far as the total number, I don’t have a specific — I’d have to defer you to DHS [Department of Homeland Security] and State Department of exactly the breakout between SIV and other asylum seekers but I would venture, I’m speculating a little bit, that the vast majority are not SIVs at this time, they’re asylum seekers that will be determined how we’re going to work them through the process by DHS,” VanHerck said.

Most of the Afghans taken to Fort Lee, an Army base in Virginia, were brought to the U.S. as part of the SIV program, according to VanHerck. Some SIV applicants were further along in the process than others, so the amount of time they will spend at bases across the U.S. varies.

All Afghan refugees will at least go through medical screenings, VanHerck said. They’re also vaccinated for COVID-19 as part of their immigration parole before they’re allowed to enter U.S. communities regardless of whether they are SIV or asylum applicants.

Evacuees are supposed to go through security and medical screenings before arriving in the U.S., according to Milley. After they arrive in the U.S., federal officials will help them with their immigration cases and connect them with nonprofits that help resettle refugees in the U.S., a senior Biden administration official said in a background press call on Aug. 24.

Neither the DHS nor State Department responded to the Daily Caller News Foundation’s request for comment. 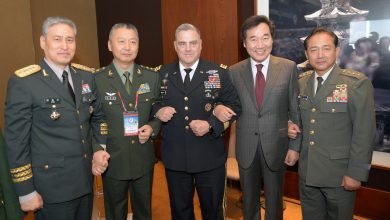 The Milley Story’s Moral: Government Corruption May Be Most Evident Within Our Armed Forces