Bennett had prepared to broach the topic with Biden and senior U.S. officials ahead of the talk, an Israeli official who was part of the Aug. 27 meeting told Axios.

Two Israeli officials, one who attended the meeting and another who was briefed on it, told Axios that Biden, Secretary of State Antony Blinken, Secretary of Defense Lloyd Austin and National Security Advisor Jake Sullivan hardly discussed China with Bennett.

“We were very surprised how little this issue came up in the meetings,” the senior Israeli official who was briefed on the meeting told Axios. “In any case, we are very sensitive and aware of U.S. concerns and are going to balance between the need to strengthen trade with China and maintaining our national security.”

It was an honor to welcome Israeli Prime Minister Naftali Bennett to the White House today. We strengthened the enduring partnership between our two nations and underscored the United States’ unwavering commitment to Israel’s security. pic.twitter.com/nZYxp9zsWd

Not a single readout of the meetings with Biden, Blinken, or Austin mentioned China. The discussions instead focused on a wide range of other issues, including Iran’s nuclear program, Israel’s missile defense system and COVID-19.

Israeli Foreign Minister Yair Lapid said Wednesday that there was “no concrete demand coming from the U.S. about our relations with China,” Axios reported. “It’s important for us to maintain relations with China, but we will listen to the Americans when they talk to us about China.”

CIA Director William Burns expressed concerns to Bennett over Chinese investments in Israel two weeks prior to the meeting, according to an earlier Axios report.

Israel has awarded a Chinese company control over parts of the Haifa port and the country has invested immensely in Israel’s infrastructure and technology.

Austin said Wednesday that after withdrawing from Afghanistan, U.S. leadership must have a “new focus” on the China threat.

Content created by The Daily Caller News Foundation is available without charge to any eligible news publisher that can provide a large audience. For licensing opportunities of our original content, please contact [email protected]ion.org 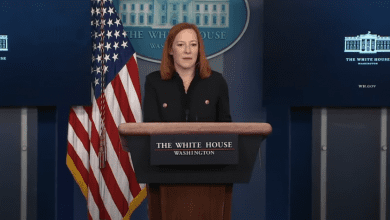