MISSION, Texas — Hundreds of illegal migrants crowded under a pavilion in Anzalduas Park where temporary tent facilities were set up to house people who tested positive for COVID-19 over the weekend, video provided to the Daily Caller News Foundation shows.

The temporary facility was set up deep within Anzalduas Park and out of the public view after the City of McAllen issued a disaster declaration in response to around 1,500 COVID-19 positive migrants who were released in the city last week, according to local officials. Video shows the crowded conditions at the park where migrants crowd under a large pavilion and move between several tan tents set up in the area.

Federal and local law enforcement officials prevented the friends, family members and journalists from entering the park. A Customs and Border Protection (CBP) source provided a video of the temporary facility set up inside the park recorded over the weekend to the DCNF on Wednesday. The source asked to remain anonymous because they were not authorized to speak to the media on the matter.

People who waited outside the park to pick up the illegal migrants told the Daily Caller News Foundation Saturday they had no idea their friends and family members were being held in a facility set up for people who tested positive for COVID-19.

“We came here to pick them up but they told us we can’t go in,” a man who immigrated from Honduras told the DCNF, he declined to give his name to protect the people they were trying to pick up at the park. “They said we can’t come in because they have COVID.”

The City of McAllen declared a state of disaster after around 1,500 migrants positive for COVID-19 were released from federal custody into the city around Aug. 4, the DCNF reported. The city set up a temporary tent facility in an empty parking lot before moving and expanding the operations to Anzalduas Park.

The man told the DCNF “there’s a caravan” of Hondurans making their way to the U.S., but he didn’t say how far along in the journey they were. He added the people he was supposed to pick up from the park told him a bus was scheduled to take them to a church in downtown McAllen but was already over half an hour late.

“No. I didn’t know [that his friend tested positive for COVID-19],” the Honduran told the DCNF. “Everyone I talked to didn’t know they got sick.” 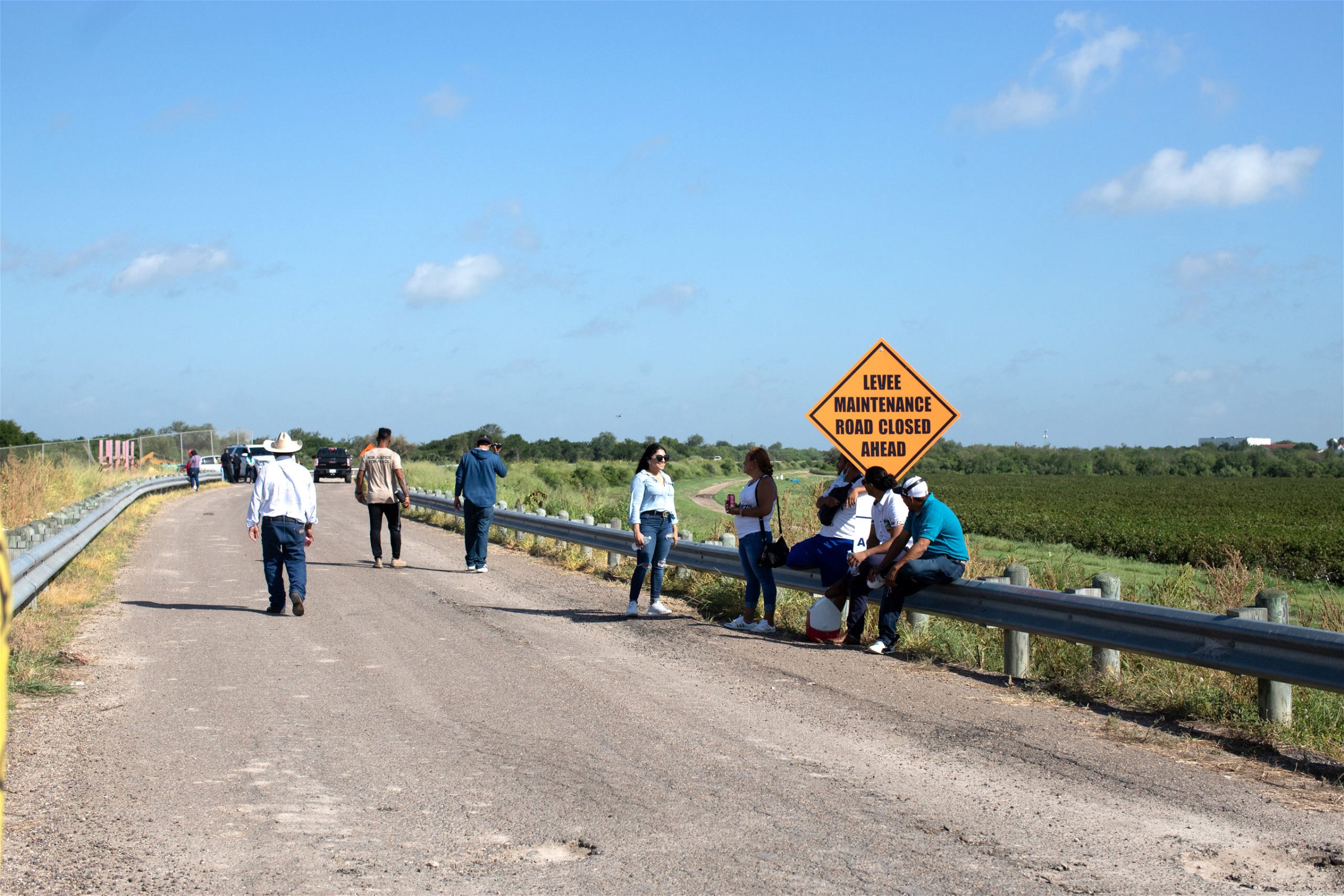 Around two dozen people waited at the endge of Anzalduas Park to pick up friends and family members who tested positive for COVID-19 after entering the U.S. illegally in Mission, Texas, on August 8, 2021. (Kaylee Greenlee – Daily Caller News Foundation) 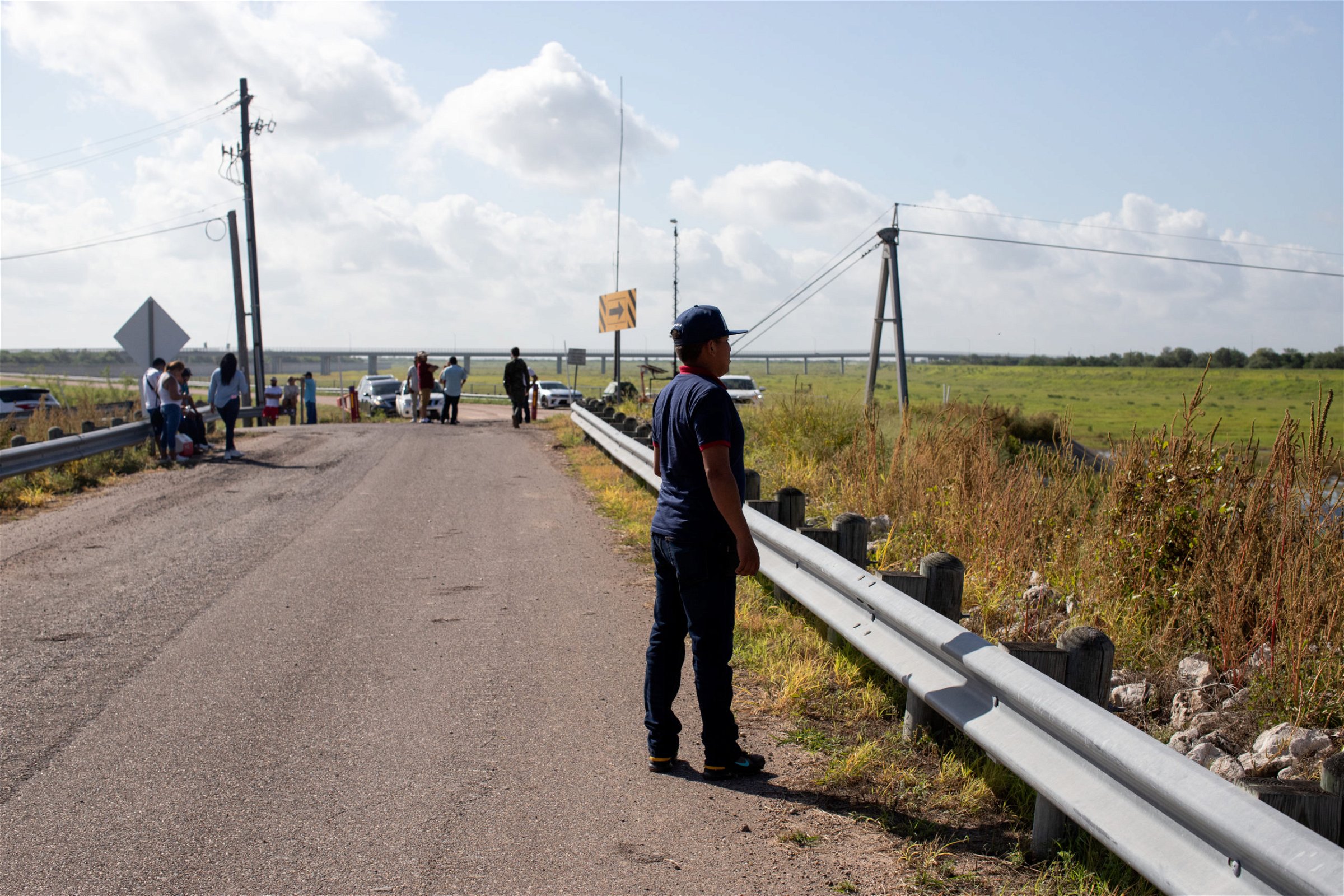 Around two dozen people waited at the endge of Anzalduas Park to pick up friends and family members who tested positive for COVID-19 after entering the U.S. illegally in Mission, Texas, on August 8, 2021. (Kaylee Greenlee – Daily Caller News Foundation)

“I’m waiting for a friend, I don’t know him. He just called and he said that he’s here and he wants to leave already,” Luis Montesino, 60, of McAllen, Texas, told the DCNF. “Immigration is letting people go because there are lots of people, so they can’t keep up with the people and they’re releasing them.”

Montesino said he hadn’t visited the park before and thinks the number of people illegally entering the U.S. is “alarming.” Border officials encountered nearly 213,000 migrants at the southern border in July, including a record high of 18,900 unaccompanied migrant minors, according to CBP.

Juan Mendoza contributed to this report.