We’ve got a new contender in the competition for the least surprising news development of all time. As it turns out, if you pay people more to stay on unemployment welfare than they can earn working, and then scale back the benefits, more people will go back to work. Shocking!

Some have denied and pushed back against this basic economic reality, largely for political and partisan reasons. But new data on the unemployment trends across states taking different approaches to unemployment welfare make this truth truly impossible to deny.

Recent history offers us something of a natural experiment. The $300/week federal supplement on top of existing state-level unemployment benefits is set to expire at the end of September. Yet the dysfunctional expansion of the welfare system has meant that 42 percent of the unemployed can earn the same or more by not working. In 21 states, unemployed households can earn the equivalent of $25/hour while not working.

The work disincentives here are obvious. It’s hardly shocking that a record-breaking number of small businesses report being unable to fill their job openings.

Our monthly #smallbusiness #jobs report out today shows a record 44% of all #smallbiz owners with job openings they could not fill. April is the third consecutive month with a record-high reading of unfilled job openings. More from the report: https://t.co/OwUPFgSFDC

“The 26 states that have announced their plan to end participation in the $300 weekly unemployment bonus have seen a 12.7 percent decline on average in initial claims over the past week,” the fiscally-conservative Foundation for Government Accountability reports. “Meanwhile, states that have indicated they will continue participating in the unemployment bonus programs have seen an increase in initial claims by an average of 1.6 percent during this same period. The 12 states that have officially opted out of the $300 weekly bonus thus far have seen consistent declines each week since ending participation in the bonus.”

“The number of unemployment-benefit recipients is falling at a faster rate in Missouri and 21 others states canceling enhanced and extended payments this month, suggesting that ending the aid could push more people to take jobs.”https://t.co/hSPNfNepB0 @WSJ #jobs #unemploymnet

In other words, people are leaving the welfare rolls and returning to work in the states where the government is getting out of the way. They are not doing so as much in the states where expanded welfare continues to create dysfunctional incentives.

“State leaders are proving that ending enhanced unemployment bonuses can reignite the economic recovery for workers and businesses alike,” FGA Senior Research Analyst Hayden Dublois said. “This recent report highlights how ending the bonus will help get unemployed individuals back into the workforce quickly, help fill the record number of open jobs, and ensure small businesses can thrive.”

Of course, a strong correlation alone does not prove causation. But when combined with the fact that this result is exactly what basic economic theory—or even an elementary understanding of how humans respond to incentives—would predict, it’s strong evidence nonetheless.

When politicians muck up the labor market and discourage work with excessive welfare, dysfunction is sure to ensue. Getting the government out of the way does more good than any “stimulus” scheme ever will.

Support Conservative Daily News with a small donation via Paypal or credit card that will go towards supporting the news and commentary you've come to appreciate.
Brad PolumboJune 29, 2021
Facebook Twitter LinkedIn Share via Email Print

COVID Versus The Bill Of Rights

Protesting Parents Are Not ‘Domestic Terrorists’ And Will Not Be Intimidated

Fake Company Tricks Influencers, Others Into Investing Half A Million Before Completely Disappearing 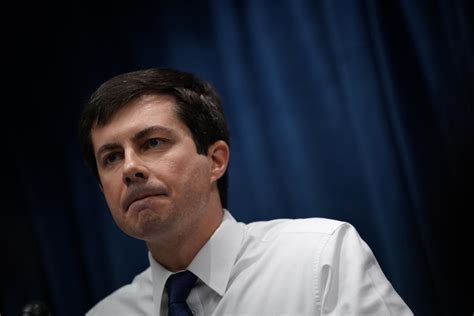