The federal government has broken the bank with an astounding $6+ trillion in (ostensibly) pandemic-related spending to date, and President Biden wants to spend trillions more. Unfortunately, many Republicans in Congress have been too inconsistent on this issue to protest this spending binge in any meaningful way.

But one of the few principled fiscal conservatives left in Washington, Senator Rand Paul, is warning Americans to “wake up” to the “profound repercussions” this big government blowout will have. In a Wednesday interview with Fox Business, Paul argued that mounting inflation levels are a serious cause for concern—not temporary, as proponents of big government insist. His warning comes after new data show inflation is at a 12-year high, with price levels increasing, at minimum, 4.2% over the last year.

“When the [Federal Reserve] says this [inflation] is transitory, I think that’s an excuse for government spending and borrowing,” the senator said. “It’s sort of from the same kind of lexicon of ‘deficits don’t matter.’”

But our spending levels aren’t sustainable. “We added four or five trillion dollars’ worth of debt last year,” Paul added. “We’re probably going to do the same again this year.”

It’s more than just bad budgeting, the senator warned. “What you’ve caused is a massive misallocation of resources, a massive infusion of cash into the stock market.”

“There is [going to be] a time in which people wake up and say ‘the emperor has no clothes,’” Paul said. “And at that moment in time, you will discover that there’s a lot of capital that’s gone in the wrong direction, that demand is exceeding supply… because we’ve disrupted the normal marketplace.”

Rand’s point about misdirected capital is a reference to the Austrian Business Cycle Theory, which explains how the creation of new money (generally by central banks like the Fed) causes distortions in the economy that must eventually be ironed out by a corrective “crash.” (For more on this, check out this FEE article by economist Jonathan Newman.)

“I don’t think it’s as benign as people say it’s going to be,” Senator Paul said. “I think [the spending blowout] is going to have profound repercussions—and that we’re just getting started.”

WATCH: Econ Professor Explains INFLATION (And Why YOU Should Care) 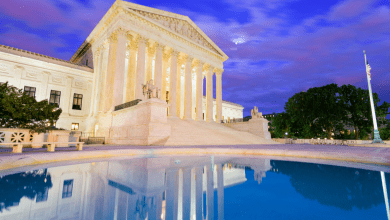