When it comes to infrastructure, both parties are quite adept at playing the pandering game.

To sell his current proposal, Biden said: “It’s not a plan that tinkers around the edges. It’s a once-in-a-generation investment in America, unlike anything we’ve seen or done since we built the interstate highway system and the space race decades ago. In fact, it’s the largest American jobs investment since World War II. It will create millions of jobs, good-paying jobs.”

By the way, only 6 percent of Biden’s bill will go towards infrastructure, but we’ll overlook that for the sake of getting to the real solution as quickly as possible. And anyway, Democrats can always change the definition of infrastructure. Just ask Sen. Kirsten Gillibrand of New York who effectively called everything under the sun infrastructure.

In 2018, Trump said: “We will build gleaming new roads, bridges, highways, railways, and waterways all across our land. And we will do it with American heart, and American hands, and American grit.”

For the free-market thinkers and lovers of liberty, like myself, the question that needs to be asked is who’s responsible for any specific infrastructure? Why should taxpayers in Maine pay for crumbling roads in California? Why should drinking water systems in Kentucky be repaired by residents of Texas? Why should Oklahomans build new schools for Illinoisians?

The policy prescriptions are simple, and they stand the test of time. Infrastructure needs should be determined and funded by those closest to the needs.

David Stockman, a former Republican Congressman and Director of the Office of Management and Budget under Former President Ronald Reagan, wrote in 2014 that “the infrastructure that actually does qualify for self-liquidating investment is overwhelmingly local in nature—-urban highways, metropolitan water and sewer systems, airports. These should be funded by user fees and levies on local taxpayers—not financed with Washington-issued bonds and pork-barreled through its wasteful labyrinth of earmarks and plunder.”

Former Republican Congressman and presidential candidate Ron Paul recommended privatizing much of the infrastructure and where government spending may be necessary or warranted, the taxes taken from American citizens for those purposes actually need to fund those purposes.

“Infrastructure, in a capitalist model, is an asset worthy of maintaining to ensure continuity of revenue. In a government-controlled model infrastructure is nothing but a cumbersome liability,” Paul wrote in 2007. “This should be taken into consideration when developing plans to keep our current infrastructure safe. Privatization should be used to encourage maintenance and safety, and where private companies truly invest and bear the upfront costs in return for ability to collect tolls or usage fees in some form. But public/private partnerships that look more like corporate welfare must be avoided.”

Paul added: “We should re-examine how we handle the taxes we collect for infrastructure and how we allocate that money. At the very least reins need to be put on the Highway Trust Fund. Funds collected from the gas tax should go into the Trust Fund — period.”

What was true in 2007 and 2014 is still true today. The answers to most of the problems we face in America, including infrastructure, can be found easily when we understand who is responsible. When the federal government takes responsibility for all that ails us, the problems tend to get worse and more expensive.

We need to tell the federal government to stay in its lane and stop stealing our funds so we can afford to fix our own problems. And, we need to stop rewarding politicians for their blatant pandering.

You can contact Seth through The Liberty Loft’s website. Support The Liberty Loft by donating via PayPal or donate with crypto. Your support helps us achieve our mission to deliver conservative news and opinion. You can find us on a wide variety of social media channels or subscribe to our notifications to receive all the latest information as it is released. 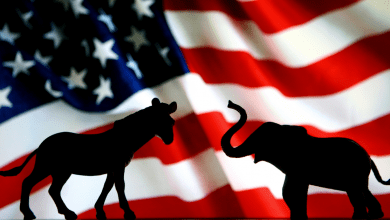