Saturday evening, liberal activist David Hogg decided to quit his work on the liberal pillow company he had started to compete with MyPillow. In his Twitter comments, Hogg put out a series of a dozen tweets sharing his thoughts on the company and it moving forward. In tweet 7, he shared this:

7: Effective immediately, I have resigned and released all shares, any ownership and any control of Good Pillow LLC. I want to thank Will for his partnership and wish him absolutely nothing but success with the future of Good Pillow.

Hogg said that his activist work was more important than his Good Pillow company. He said that he realized he could not commit 100% to founding a business and being an activist at the same time, working on measures like gun control.

In other words, Hogg realized that owning a business is hard work and that working is too hard for a liberal activist like himself. He would much rather make a living fighting for emotion-driven causes and casual appearances on liberal-loving CNN. It’s a much easier lifestyle. Mike Lindell would probably agree. It would be much easier to simply fly around with friendly TV appearances and fighting for emotional causes rather than actually operating a business.

The Good Pillow company was set up to be a failure from the beginning. The company was going to be founded on unionized work with high pay while supporting social justice causes. In other words, it was going to be a money funnel for Hogg’s activism. Perhaps, when he realized how difficult owning a business is and how much it can cost to start a successful one, he decided it really would not help him after all.

Across Twitter, Hogg’s messages were met with ridicule. Hogg had bragged about how simple it was to start a business and that he would be successful in his venture. It seems that the support he claimed they had was very limited.

To Hogg’s credit, this may be the first time that it took 12 tweets to admit defeat. 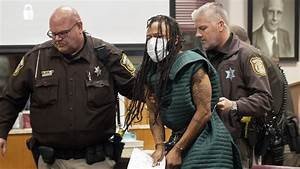 Sympathy for the Devil…No Way