Some 42% of U.S. adults reported packing on undesired weight since the start of the pandemic, according to a recent poll from the American Psychological Association.

The poll found that adults who reported undesired weight gain packed on an average 29 pounds during the pandemic. Gen Z Adults aged 18 to 24 fared the worst, with 52% of respondents in the age group saying they gained undesired weight since the World Health Organization declared COVID-19 a global pandemic.

Millennial adults aged 25 to 42 reported the greatest average weight gain, with 48% of respondents in the age group reporting packing on weight at an average gain of 41 pounds, according to the poll.

According to the APA, such weight gain comes with “significant health risks, including higher vulnerability to serious illness from the coronavirus.”

Holy cow: 42% of Americans report undesired weight gain during Covid 19. The average weight gain is 29 lbs. And 41 lbs for Millennials! This will ramify for years to come. https://t.co/iRnyMDxbmX pic.twitter.com/tR9tcnt4s7

On the more extreme end, some 10% of respondents who reported gaining weight said they took on more than 50 pounds during the pandemic.

The poll also found 18% of American adults reported undesired weight loss during the pandemic, losing an average of 26 pounds.

“We’ve been concerned throughout this pandemic about the level of prolonged stress, exacerbated by the grief, trauma and isolation that Americans are experiencing,” APA CEO Arther C. Evans Jr. said. “This survey reveals a secondary crisis that is likely to have persistent, serious mental and physical health consequences for years to come.”

Adults with a Body Mass Index of greater than 30 are at increased risk of coming down with severe illness if diagnosed with COVID-19, according to the Centers for Disease Control.

The CDC reported a study in March that found nearly 51 percent of 148,494 adults who were hospitalized with COVID-19 were obese. The study also found that an additional 28 percent of adults hospitalized with the virus were classified as overweight with a BMI of greater than 25 but less than 30. 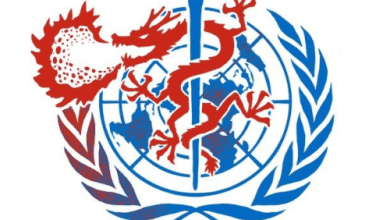 Why Young Adults Are the Most Frightened of COVID, Even Though They Are the Least at Risk