In a review of the slides, it was shared that the organization asked employees to consider their schools, were they good or bad as a means for privilege. It asked about attending weddings and funerals that were virtually all-white events. As the program drew to a close, the last question was in what ways has your race shaped your life with the speaker saying they should be considering that for the rest of their lives.

It’s very clear that this is all part of the Marxist critical race theory agenda of the Left. If there were calls for Black employees to watch such a film about their race, racism, and privilege it would be viewed as racist and unacceptable. But because this is the socially acceptable move right now, it’s perfectly fine.

Except the move was not perfectly fine. While the events took place in 2020, many people responded on the Under Armor social media pages after the news was released.

In this Facebook post, people told Under Armour that such a racist move was not acceptable and that they would lose their business for the move.

One user commented that he was a Mexican American and would take his business elsewhere because his spouse was white. Others outed the company as spreading racist propaganda, saying the company deserved to be sued for what it had done.

Another commenter said the company must not want money from white people, as it has directly attacked the race amid their actions. Another shared that he cannot change his color, but he can certainly stop guying Under Armour products. Dozens of comments shared links back to the article from The Daily Wire who broke the story originally.

While the move by both organizations will draw praise from the political Left, it will not receive much support from conservatives. The training is based on critical race theory which subscribes to the belief that all institutions in society are inherently racist and that the only way to eliminate it is to victimize those who are deemed as offended.

In a speech last year, then-President Donald Trump denounced critical race theory as toxic propaganda that is destroying our country. The movement has sparked radical groups like Black Lives Matter, which rioted across the country causing billions in destruction as it destroyed businesses and property.

The movement has been embraced by Democrats, who praise the movement to combat “systemic racism.” While the Left would like to call those on the political Right bigots for holding their views that critical race theory is propaganda, the truth is that the political Left has embraced a movement that has no evidence that it even exists. It’s purely used as a method and means to drive social division. After all, that is the goal of these Marxists.

The move to go “woke” has yet to pay off for one company or group. Sure, they may appear more politically acceptable, but it does little to promote business and “equality” as they would describe. Instead, they continue to drive a market for alternative products and competitors due to their inept decisions. Thank God for capitalism! 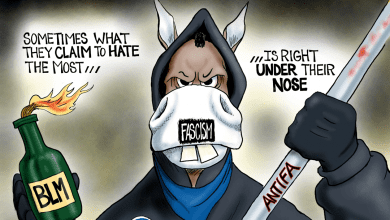