Since it is difficult to measure extremism as groups move to encrypted platforms during the coronavirus pandemic, the Southern Poverty Law Center (SPLC) wants you to send it more money to track the bad guys. At least that is the encrypted message implied with the latest “hate map.” 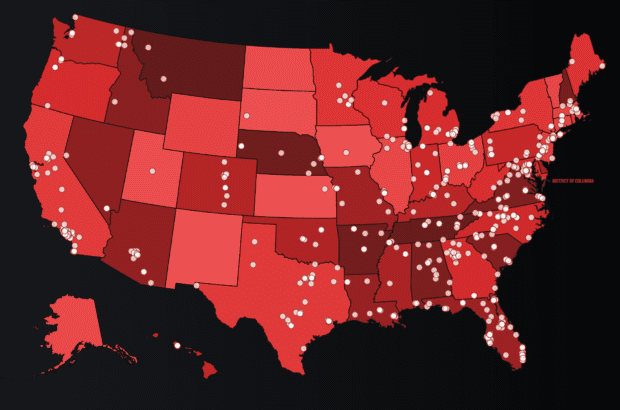 The group reportedly has a $527.8 million endowment, of which over $160 million is maintained in offshore accounts, with no explanation and no oversight of how these funds are held or used.

Maybe it’s true, maybe it’s not, but the haters at SPLC never really make a case.

Hate crimes and those who commit them are defined differently by the FBI and SPLC, and critics say the latter organization recklessly endangers people’s lives with broad definitions that lump conservative and extremist groups together.

What is a hate crime?

On the other hand, the Department of Justice claims a hate crime must include both “hate” and a “crime” on its webpage.

The FBI reports hate crimes rose to their highest levels in a decade in 2019, up 3 percent, but the offenses were more violent than in years prior. T 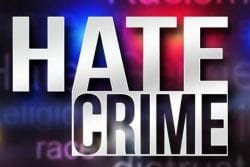 his was the third consecutive year when more than 7,000 hate crimes were reported.

Those the SPLC targets as haters include, but are not limited to, the Alliance Defending Freedom, the American Family Association (AFA) and the Family Research Council (FRC), Liberty Counsel, along with other groups like the Center for Immigration Studies, the Federation for American Immigration Reform, the Immigration Reform Law Institute, Masjid Al Islam – As Sabiqun (a group that wants to establish Islam as the ruling force in America, including “violent jihad,”) Nation of Islam, the new Black Panther Party for Self Defense and ProEnglish haters as well.

SPLC reports 128 active white nationalist groups in 2020, down from 155 the year prior. Also, the number of anti-immigrant, anti-Muslim and anti-LGBTQ hate groups remained largely stable, though in-person organizing was curtailed due to the pandemic.

Can I get an answer?

If an American wants her/his borders, laws, resources and space protected according to US law, is that hate?

Finally, Christian advocates seem to be at the heart of SPLC hate allegations. Doesn’t that make the SPLC an anti-Christian hate group? After all, it defines a hate group as “an organization or collection of individuals that — based on its official statements or principles, the statements of its leaders, or its activities — has beliefs or practices that attack or malign an entire class of people, typically for their immutable characteristics.”

While none of these groups can be linked to violence, the SPLC has blood on its hands.

In 2017, James Hodgkinson walked onto a baseball field in Alexandria, VA, opened fire on politicians and wounding House GOP Whip Steve Scalise of Louisiana and four others. The other victims included Capitol Police Special Agent Crystal Griner. Hodgkinson “liked” the SPLC Facebook page the day of the shooting.

Gay activist Floyd Lee Corkins attacked FRC in 2012. He later acknowledged in FBI testimony that he had selected FRC because the SPLC had labeled FRC a “hate group.” An employee was shot defending the office.