“‘Aha! Biden proposes policies I dislike. HIS CALL FOR UNITY IS A LIE!!!’ is all the forlorn conservative mind can seem to muster. Sad,” Wilkinson tweeted, according to a screenshot. 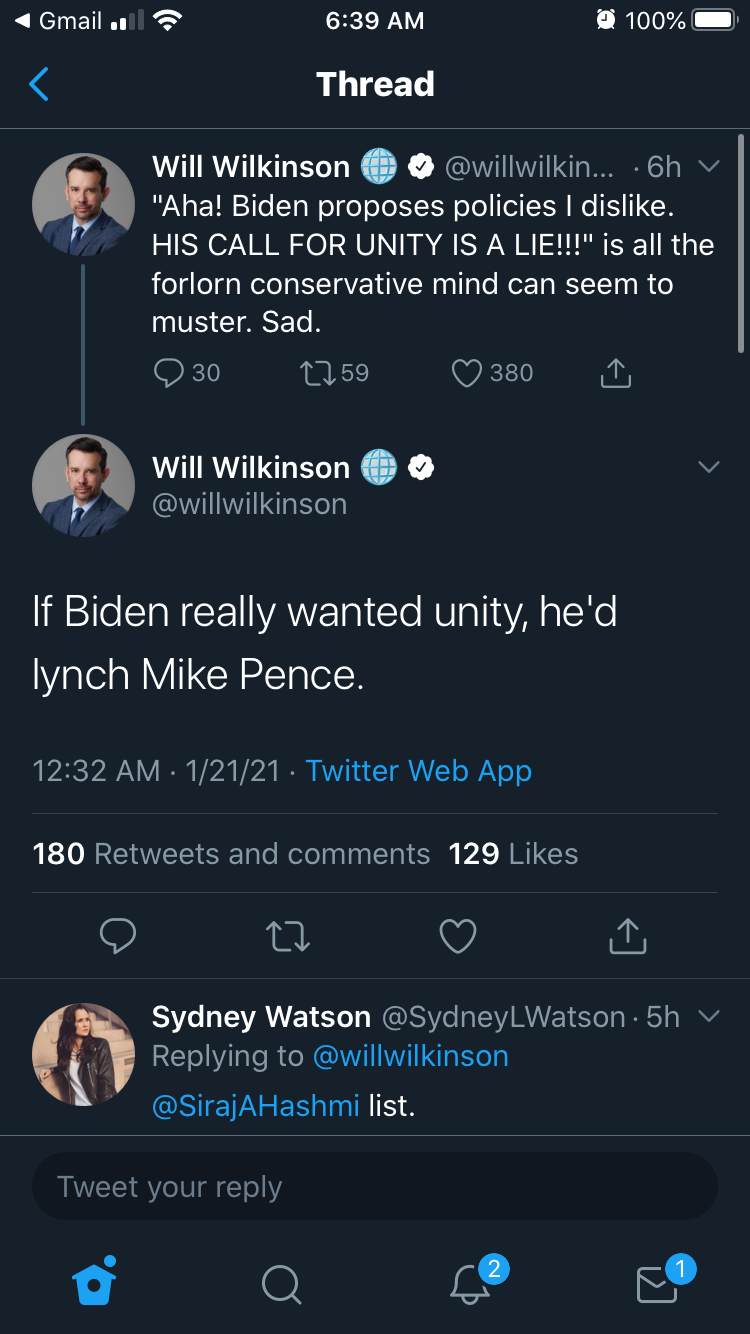 President Joe Biden promised in his inauguration speech on Wednesday to bring the American people together during a time of division and conflict.

“For those who did not support us, let me say this: Hear me out as we move forward. Take a measure of me and my heart,” Biden said.

Biden said disagreement is American and democratic and said “the right to dissent peaceably… is perhaps this nation’s greatest strength” in his inauguration speech.

“Hear me clearly: disagreement must not lead to disunion. And I pledge this to you: I will be a president for all Americans, and I promise you I will fight as hard for those who didn’t support me as those who did,” Biden said.

Twitter purged conservative accounts on a large scale after the Capitol riot in early January and after temporarily suspending former President Donald Trump’s account. The company tweeted on Jan. 6 that three of Trump’s tweets broke their “Civic Integrity’ policy.

The social media company announced it banned Trump’s account after the initial suspension.

The Niskanen Center, The New York Times and Wilkinson didn’t immediately respond to requests for comment.