Firearms will be prohibited within 1,000 feet of demonstration activity in Washington, D.C. this week, according to notices posted by the Metropolitan Police Department.

All firearms are banned within 1,000 feet of where the signs are posted ahead of pro-President Donald Trump demonstrations against certifying the electoral college votes for the 2020 presidential election, Fox 5 reported. Protests are expected at Freedom Plaza, near the capitol building and at the National Mall.

The notice is in effect Jan. 4 through Jan. 7, according to the Metropolitan Police Department (MPD).

Trump has said it was “statistically impossible to have lost the 2020 Election” and that protests on Jan. 6 “will be wild!”

Peter Navarro releases 36-page report alleging election fraud ‘more than sufficient’ to swing victory to Trump https://t.co/D8KrMHnFdK. A great report by Peter. Statistically impossible to have lost the 2020 Election. Big protest in D.C. on January 6th. Be there, will be wild!

Individuals who have been issued a concealed carry permit will not be allowed to carry within the areas the signs are posted, MPD Spokesperson Alaina Gertz told the Daily Caller News Foundation.

“These signs serve as a reminder that DC CODE: § 7-2509.07 expressly prohibits anyone from carrying a firearm within 1,000 feet of any First Amendment activity, to include members of the public who have been issued a Concealed Carry Permit in the District of Columbia,” Gertz told the DCNF.

Several people were stabbed when members of the Proud Boys and counter-protesters clashed after a day of mostly peaceful demonstrations in Washington, D.C. on Dec. 12, the Daily Caller reported.

A group of Republican senators and more than 100 representatives have pledged to object to certifying the results unless there is an emergency audit, according to Fox 5. Several lawsuits challenging the election results in courts across the country filed by the Trump administration have been rejected.

Apropos: A Fire Department’s Final 2020 Call Was For A Dumpster Fire

If Legislators Won’t Demand Their Own Gun Rights, Will They Defend Ours? 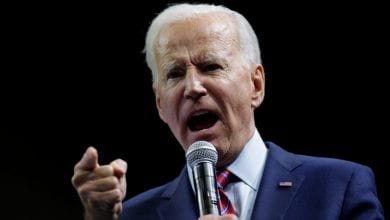 66 People Had Their Guns Seized Under New Colorado Law