Schumer specifically blamed Cunningham’s inability to “keep his zipper up” for why Democrats are unable to have more than a 50-seat majority in the next Congress, according to Axios. Democrats’ Senate hopes now lie in Georgia, where dual runoffs will determine whether Democrats can gain a slim majority or whether the party will finish with just 48 seats.

On the call, Schumer reportedly regretted not only failing to recruit Stacey Abrams to run for a Senate seat in Georgia, but also successfully recruiting Cunningham.

Democrats were favored to retake the Senate majority, according to most forecasts, only to have down-ballot Republicans exceed expectations across the country during November’s elections. In addition to North Carolina Sen. Thom Tillis unexpectedly beating Cunningham, Maine Sen. Susan Collins beat her Democratic challenger, Sara Gideon, despite not leading in a single public poll in 2020.

Schumer said on the call that Ginsburg’s death allowed Collins to reframe her race around future Supreme Court vacancies, Axios reported. Her refusal to vote for Justice Amy Coney Barrett likely increased her favorability among Democrats and Independents in her state, even though Collins faced harsh criticism for voting for Justice Brett Kavanaugh two years ago after he was accused of sexual assault.

Democrats Say We Should Have Confidence In The 2020 Election Results. Here’s Why They’re Wrong. 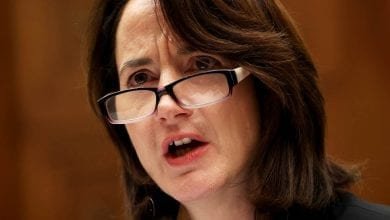 Chris Coons Says Republicans Must Repent Before There Can Be Unity