We all have an Uncle Brian. He is the family member that bloviates unprovoked and uninitiated about his superior political insights and moral preeminence based purely on voting straight-ticket Democrats.

When families get together, we all recognize there is a spectrum of thoughts and feelings around the many issues this past year has brought forward to our collective awareness. Coronavirus, race relations, and presidential candidates are just three of the many issues that have been and could be discussed ad nauseum. Even for political junkies, it’s just nice to talk about the newest baby in the family, a pending retirement, or swap funny stories or old memories.

But then your pretentious Uncle Brian enters a space. Perhaps he was sitting there all along at the card table, patiently waiting for a lull in conversation to pontificate. Trump is racist and incompetent. His voters are equally racist and clueless-bordering-on-stupid for not seeing it. Uncle Brian already knows where you stand and doesn’t care. He will always be the first to cast stones.

Do you respond? It’s a gunfight and you know Uncle Brian is only equipped with a few errant bullets from Rachel Maddow and after that it’s fisticuffs. You’re a conservative, so you’re inherently nicer than him, but at some point, enough is enough. It’s going to become a one-sided bloodbath really fast. At the end of the day, you married into this family, so really, who cares if you unleash?

This is how the conversation invariably goes.

Your Uncle Brian states: I believe in universal, single-payer healthcare. We are the richest country in the world and can easily afford it. It is a right. It’s just the greedy insurance companies lobbying with Republicans that prevent it.

You reply: Didn’t you just have back surgery last year? And you’re looking at having your knees replaced this year? Tell me, Brian, when you started exploring these procedures, you got multiple consults, right? Why didn’t you just go to the closest hospital that can perform these surgeries? Oh, I see, you wanted the best doctors. So, you believe in free-market principles. You personally didn’t want to be limited to skill sets, doctor availability, and cost. You shopped around. That makes sense.

You do realize that single-payer healthcare means someone else gets to decide whether or not you even get to have the procedure, right? Maybe the government checklist determines you aren’t eligible for knee replacement. The UK and Canada already have a single-payer system; people can wait for years. Then what? I guess you go to a private facility instead. Oops – private healthcare – that would be selfish and elitist of you.

Your Uncle Brian states: Donald Trump violates the sanctity of the Constitution. Just the latest example is that he’s packing the court with Amy Coney Barrett.

You reply: You’re aware Democrats don’t much care for the Constitution, aren’t you? They want to abolish the Electoral College, moving us away from a republic and into a direct democracy. That’s not in line with the Constitution. That’s just one big example. Then you mentioned the recent court issues. You know what packing the court means, right? You do understand the difference between filling a vacant seat – which, to your concern, is supported by Article II, Section 2 states the president “shall nominate, and by and with the Advice and Consent of the Senate, shall appoint … Judges of the Supreme Court” – and packing the court, which simply means adding additional seats.

Also, you do realize that if Democrats were to add seats, there are two logical and disastrous outcomes. First, Republicans would just do the same thing the next time they returned to executive and legislative control. Do you want the number of justices to increase forever? Second, do you think red states will abide by laws that are passed without their consent? You’re setting us down a path for national dissolution.

But fine, you want a different justice? Here’s how little I care about identity politics. I would be more comfortable with Amy Coney Barrett being black, queer, transgender, wheelchair-bound (because American society is ableist in addition to being racist, sexist, homophobic – you name it) than have leftist white male Merrick Garland sitting on the Supreme Court. So you find me a justice that checks all those boxes for Trump to nominate. Yes, that means they would still be conservative. What’s that? You don’t want any originalist justice seated? In other words, you actually don’t care about their identities, only their voting habits. At least we cleared that up.

Your Uncle Brian states: The Republican Party is in cahoots with Wall Street and Big Business. They sold out America to China and don’t care about the little guy.

You reply: None of that is true. First, Wall Street has donated five times the amount of money to Biden compared to Trump. Reporting from September shows Biden has raised over $50 million compared to Trump’s $10 million. This is similar to 2016 when it was $88 million for Clinton and just $22 million for Trump. This throwaway line is a complete lie.

You also said Trump was in cahoots with Big Business. You’re suggesting the same multinational corporations like Target and Uber, among others, that made the following comments earlier this summer at the height of social unrest:

Target: “We stand with Black families, communities, and our team members and are committed to ongoing resources that advance social justice and support rebuilding and recovery efforts.”

Uber: “That the lives of George Floyd, Ahmaud Arbery, Breonna Taylor, and countless others weren’t so violently cut short. I wish that institutional racism, and the police violence it gives rise to, didn’t cause their deaths. I wish that all members of our Black community felt safe enough to move around their cities without fear. I wish that I didn’t have to try to find the words to explain all of this to my two young sons.”

Do either of those sounds like Republican talking points? Unless the conservative movement hopped on the race-hustling and victim narratives and I missed it, I am going to say that is, in the words of Joe Biden, malarkey.

As far as the big technology companies like Facebook and Twitter, you have got to be kidding. They are in bed with Republicans? What world do you live in? Just so I understand, you are referring to Big Tech, that gazillionaire industry which preemptively banned a New York Post story that cast the Bidens in a bad light on grounds of “disinformation.” This is the same industry that had no problems spreading outright lies about Trump the past four years, whether about his collusion with Russia, something made up every day – and since I saw it on your timeline, comments about hating soldiers in that Atlantic hit piece – and you think Big Tech supports Republicans? When were you hospitalized for serious head trauma and I didn’t hear about it?

The China comment is a waste of my time. I would guess many corrupt individuals from both parties have dipped their toes in Chinese waters. It sounds like Hunter Biden might have been doing some dipping in other Chinese areas, too. But those are just allegations for now. Christine Blasey Ford and Tara Reade also made allegations. Do you think we should selectively listen to women and reports of all women being harmed? But I digress. The NBA certainly has no problem kowtowing to Chinese money, and they are vociferously anti-Trump. This is just scratching the surface.

As far as your comment on the conservative movement not looking out for the little guy, you tell me who is more supportive. You’re a little guy; look at your own life. You retired early because of alleged health issues. I noticed you never bothered looking for work in other areas after that. Weren’t you a teacher? You are aware that online schools exist, don’t you? Despite your retirement at a time when you should be a peak earner, you nevertheless can afford a nice lake house in a rural part of our state. You enjoy nursing a morning coffee on your lakeside deck, working at your leisure in your woodshop, going for an afternoon pontoon ride, ending the day with a cigar and whiskey, and trolling people like me on social media. Yeah, America has really made life difficult for you.

Sorry, what were you complaining about again? Since when does someone with no abundant skillset, limited intelligence, and no desire to contribute to the larger society walk away from it all and get what you have? Are you kidding me? Not only that, you had your mobility salvaged through state-of-the-art medical procedures that we referenced earlier. In any other time or most other countries, you would be relegated to a bridge underpass scooting along like Eddie Murphy at the beginning of Trading Places.

I haven’t even gotten to the part where you are an avid hunter, but I just need to bring it up. Do gun rights not apply equally, or how does that work? So, you can own them and use them whenever you want, but not others?

Look at your life, Brian. You have been blessed with two healthy kids – made healthier by 20th-century modern medicine, which is a direct courtesy of Western capitalism and ingenuity. You have personally experienced medical salvation and your kids grew up in a world devoid of major killers like smallpox, polio, typhoid, and a host of other now-preventable diseases. And look at you – just an average person living with unaverage means, yet somehow enjoying a lake house, vacations, hobbies, you name it. You have lived free of government intrusion. You can spout off idiotic comments all day long on social media and, other than the people that bizarrely still pay attention, no one cares. The government is not knocking on your door and hauling your family off for saying something stupid, offensive, or traitorous. You want to give it all up. You’re a complete and utter buffoon.

My toddler has a better grasp of reality and common sense than you. Grow up, Brian.

Remove the Mask: Science or Politics 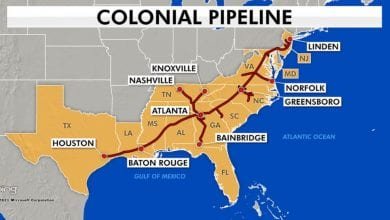