Former FBI official Peter Strzok said in an interview published Friday that the Steele dossier was a “problem” for the Trump-Russia probe because it sent investigators off “on a series of wild goose chases.”

“From our perspective,” Strzok said of the dossier, “some of it was a distraction.”

Strzok’s comments mark one of the strongest public critiques to date from an FBI official regarding the dossier, which was compiled by former British spy Christopher Steele.

The FBI relied heavily on information from Steele to obtain warrants to surveil former Trump campaign aide Carter Page. Steele, who was investigating the Trump campaign on behalf of the DNC and Clinton campaign, alleged that Trump associates conspired with Russians to influence the 2016 election.

Reports from the special counsel’s office and Justice Department inspector general debunked key allegations in the dossier. The special counsel’s report said there was no evidence that Page or anyone on the Trump campaign conspired with the Kremlin. The IG report said that the FBI received evidence that Russian intelligence officers may have fed disinformation to Steele.

Strzok, who was fired from the FBI in August 2018 because of anti-Trump text messages, sought to downplay the significance of the dossier to Crossfire Hurricane, the code name for the counterintelligence investigation of the Trump campaign. 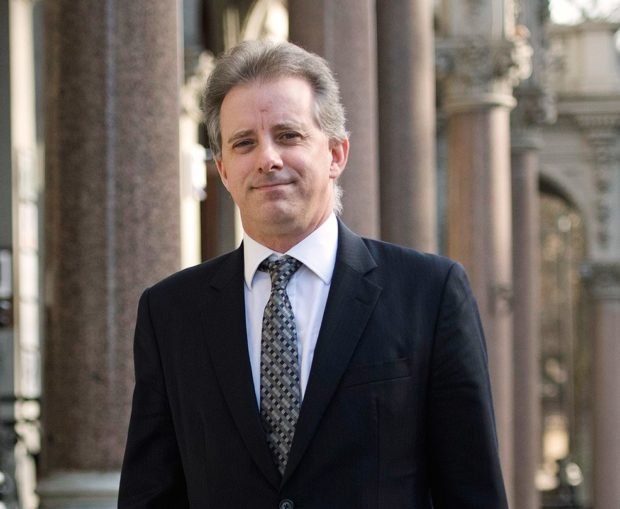 “The Steele report was a problem for the investigation, because it sent people off on a series of wild-goose chases. That problem got worse after it was published by BuzzFeed,” he told The Atlantic.

“So some people have sought to use the weaknesses of the Steele reporting to try and cast aspersions against the entirety of the FBI’s massive investigation. These efforts have been very disingenuous, very distorting, and very successful.”

Despite Strzok’s claim, text messages show that he suggested using the publication of the dossier in early 2017 as cover to conduct interviews with witnesses as part of the investigation.

“Hey let me know when you can talk. We’re discussing whether, now that this is out, we use it as a pretext to go interview some people,” Strzok wrote to then-FBI attorney Lisa Page on Jan. 10, 2017, the day that BuzzFeed published the dossier.

Strzok told the IG’s office that he wanted to use the publication of the dossier as cover to interview former Trump lawyer Michael Cohen and former Trump campaign chairman Paul Manafort without revealing the existence of the investigation.

“Strzok said the media release of the reports would be a logical reason for the FBI to interview Cohen
and Manafort without alerting them to the Crossfire Hurricane investigation,” the IG report says.

While Strzok claims the FBI did not rely heavily on the dossier for the investigation, Steele’s report captured the attention of the establishment media and general public, helping fuel the prominent conspiracy theory that the Trump campaign was in cahoots with the Kremlin.

Support Conservative Daily News with a small donation via Paypal or credit card that will go towards supporting the news and commentary you've come to appreciate.
Tags
Peter Strzok Spygate the Steele dossier