A former associate of Sen. John McCain served as a key conduit between journalists and dossier author Christopher Steele in early 2017, going so far as offering to “feed” stories about Trump associates to a Washington Post columnist, according to documents from a British court proceeding.

David Kramer, a former State Department official who worked at the McCain Institute, kept Steele apprised of his contacts in January 2017 with journalists from BuzzFeed News, CNN, ABC News, The Wall Street Journal and The Washington Post regarding aspects of the dossier.

Kramer relayed information he learned from reporters at ABC News and the Journal regarding the dossier’s allegation that Trump lawyer Michael Cohen visited Prague, according to text messages read at a defamation trial against Steele in London last month.

The Daily Caller News Foundation obtained a transcript of the closed-door court proceedings, which were held in London from July 20-24. Steele, a former MI6 officer, is being sued by Aleksej Gubarev, a Russian businessman who Steele’s dossier accuses of hacking Democrats’ computer systems in 2016.

Kramer was already known to have met with reporters to discuss the dossier. He has acknowledged providing the dossier to a reporter for BuzzFeed News, which published the salacious document on Jan. 10, 2017. But the Steele messages suggest Kramer played a more proactive role in trying to put negative stories in the media about Trump associates.

Kramer’s most eye-catching references are to David Ignatius, a Washington Post columnist who writes about national security issues.

“The Flynn calls story is picking up legs,” Kramer wrote to Steele, seemingly referring to a Jan. 12, 2017, column by Ignatius that revealed that Flynn spoke by phone weeks earlier with Sergey Kislyak.

According to text messages read at the trial, Kramer suggested to Steele that he would provide dirt on Trump associates to Ignatius.

“I think it’s time to get that other [Manafort] story out there,” Kramer wrote in a message to Steele, referring to former Trump campaign chairman Paul Manafort.

“And Ignatius is the one I’ll feed it to,” he also wrote.

Steele insisted during his testimony that Kramer was suggesting feeding a story to Ignatius about Flynn rather than Manafort.

“It’s a Michael Flynn story, isn’t it?” Steele asked during the cross-examination.

He went on to say that the information regarding Flynn he discussed with Kramer was not found in the dossier.

“Any story here about Michael Flynn is completely independent of anything in the dossier,” said Steele.

The former spy did not describe the Flynn story, but Kramer told the House Intelligence Committee in 2017 that Steele told him that he believed that Flynn had an affair with a Russian-British researcher in the United Kingdom.

The unverified allegation matches closely with stories that appeared in the media in March 2017 that alleged that Flynn had improper contacts with former Cambridge researcher Svetlana Lokhova in 2014, when Flynn visited the historic university as director of the Defense Intelligence Agency.

Ignatius contacted Lokhova on March 1, 2017, seeking a meeting to discuss Flynn, according to an email that Lokhova provided the DCNF. He did not write a story about Lokhova and Flynn. The Wall Street Journal and The Guardian published stories later in March 2017 that said that American intelligence officers were concerned about Flynn’s interactions with Lokhova at the Cambridge event.

An FBI document dated Jan. 4, 2017, showed that a confidential human source (CHS) told investigators that they were aware of an allegation that Flynn had improper contacts with a Russian woman during a visit to the United Kingdom.

The FBI source is not identified, though Steele at the time served as a CHS.

FBI agents offered to pay Steele during a meeting in Oct. 3, 2016, to dig up dirt on several Trump aides, including Flynn, according to a Justice Department inspector general’s report.

Despite the innuendo about Flynn and Lokhova, no evidence has emerged suggesting that they had anything more than a brief conversation at Cambridge.

Lawyers for Gubarev, the Russian businessman, quizzed Steele at the trial last month about his interactions with Kramer in hopes of establishing that Steele approved of providing information from the dossier to reporters.

Kramer obtained the dossier in late November 2016, after meeting Steele in London. He allowed a BuzzFeed News reporter to photograph the report during a meeting on Dec. 29, 2016. The website published the 35-page report on Jan. 10, 2017, without verifying any of its allegations.

Gubarev also sued BuzzFeed in the U.S., but a federal judge ruled that the website did not defame the Russian executive.

Steele has denied that he authorized Kramer to provide the dossier to BuzzFeed, but Gubarev’s lawyers cast doubt on the claim.

They pointed to Steele’s text messages with Ken Bensinger, the BuzzFeed reporter who published the dossier, discussing a meeting in early January 2017, a week before BuzzFeed published the dossier. Steele disclosed many of his contacts with reporters as part of the discovery process in the Gubarev case, but he withheld information about his contacts with Bensinger until this April. 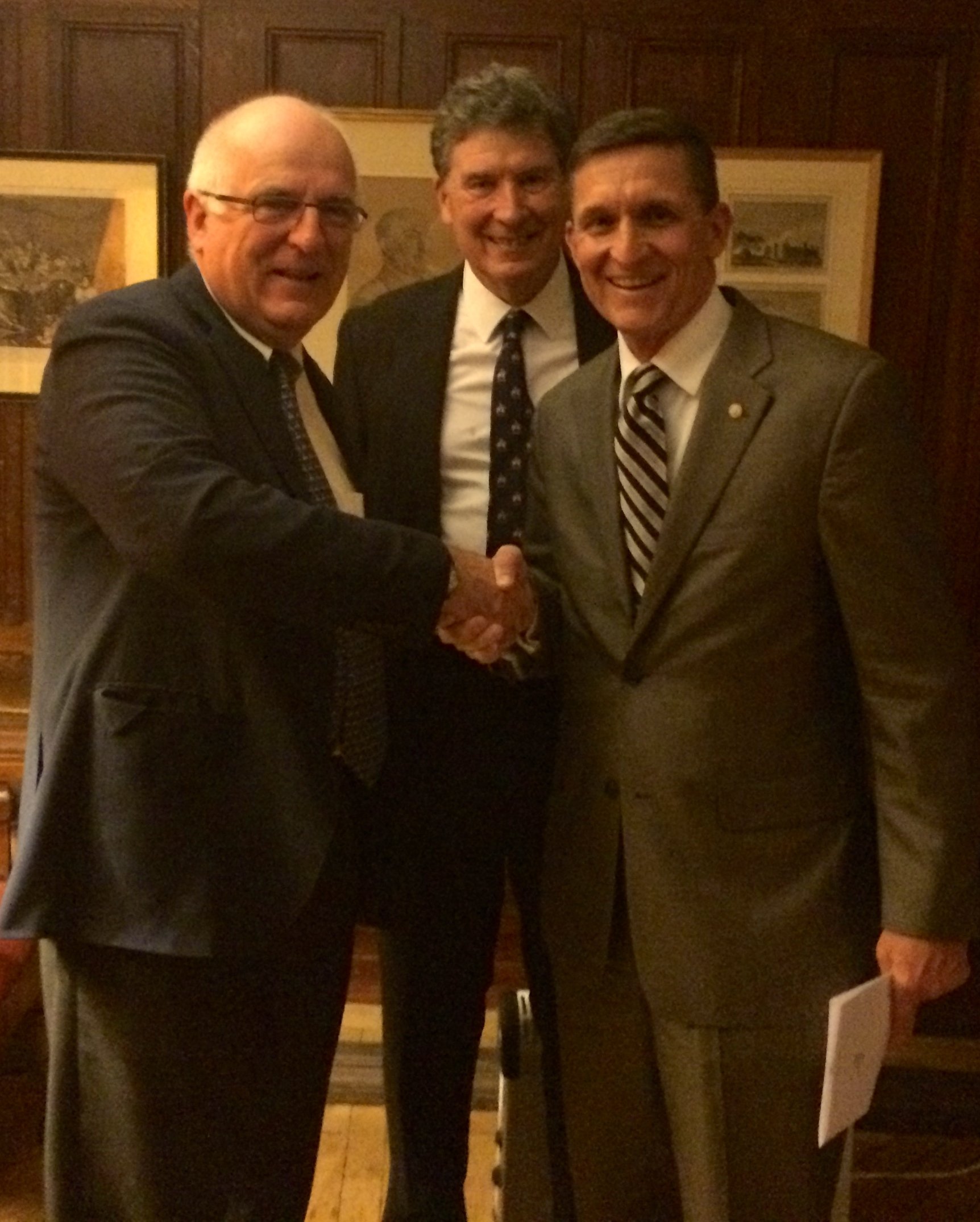 Kramer and the reporters discussed the dossier’s most specific allegation of collusion: that Trump lawyer Michael Cohen visited Prague in August 2016 to meet with Kremlin insiders.

Kramer said in a message to Steele that a Wall Street Journal reporter asked him about potentially meeting with Steele, seemingly to try to verify the Cohen allegation.

“He’s tried to run the Prague thing down to no avail,” Kramer wrote of the Journal reporter. “I know you’d rather not but wanted to ask one more time.”

Steele said that it was “disappointing they have not corroborated Prague, though perhaps not that surprising.”

Reports from the special counsel’s office and Justice Department inspector general debunked the Cohen allegation, saying that the former Trump fixer did not visit the European city. The IG report went further, saying that the FBI received evidence on Jan. 12, 2017, that the Cohen-Prague claim was Russian disinformation.

Kramer also relayed that the Journal reporter wrote: “I just talked to the Prague guy. He said the Israeli passport does not check out.”

Kramer told Steele that the reporter was “anxious” to advance a story on the dossier allegations.

“These are the things that could possibly move the matter forward. He’s anxious to do … if there is anything to give him,” Kramer wrote.

The Journal was the first outlet to identify Steele as the author of the dossier in a story on Jan. 12, 2017.

Kramer appears to have surprised Steele with one tidbit of information he learned from an ABC News reporter about the Cohen-Prague allegation.

“Have you heard anything about an audio recording in Russian that corroborates the Prague meeting?” Kramer asked Steele.

“How on earth did they get wind of this I wonder?” Steele asked.

“No idea,” Kramer relied. “Just passing along the [question] what should I tell them?”

None of the reports that have come out about the alleged Cohen meeting in the past three years have referred to an audio recording.

Other texts revealed during the Gubarev trial suggest that reporters kept Kramer updated on their contacts with Cohen, who is serving a three-year prison sentence on charges unrelated to the dossier.

“[Washington Post] had long chat with [Michael Cohen] today and he admitted that he was in Italy late August but denied being in Prague. So he’s not far,” Kramer wrote.

“Don’t have the sense that the Post is on the verge. Will check again tomorrow,” he wrote.

The dossier’s allegations about Cohen and Gubarev originate with the same sub-source, according to Igor Danchenko, a Russia analyst who was Steele’s primary intelligence collector for the dossier.

Danchenko told the FBI that a woman he had known since childhood provided the information about Cohen’s visit to Prague, Gubarev’s cyber company and Carter Page.

Danchenko’s sources appear to be far removed from the Kremlin, raising questions about the reliability of the rumors he gave Steele. Danchenko told the FBI that Steele embellished much of the information found in the dossier.

The Republican Convention Part 4: What A Finale!