Mount Rushmore is under attack. The lying mass media have been trotting out the America haters who claim the great landmark needs to be destroyed. Why? The usual pap—‘racism.’ The men on Mount Rushmore were all great and they played critical roles that made our country great. Cultural Marxism, political correctness and bolshevism be damned. The monument stays! 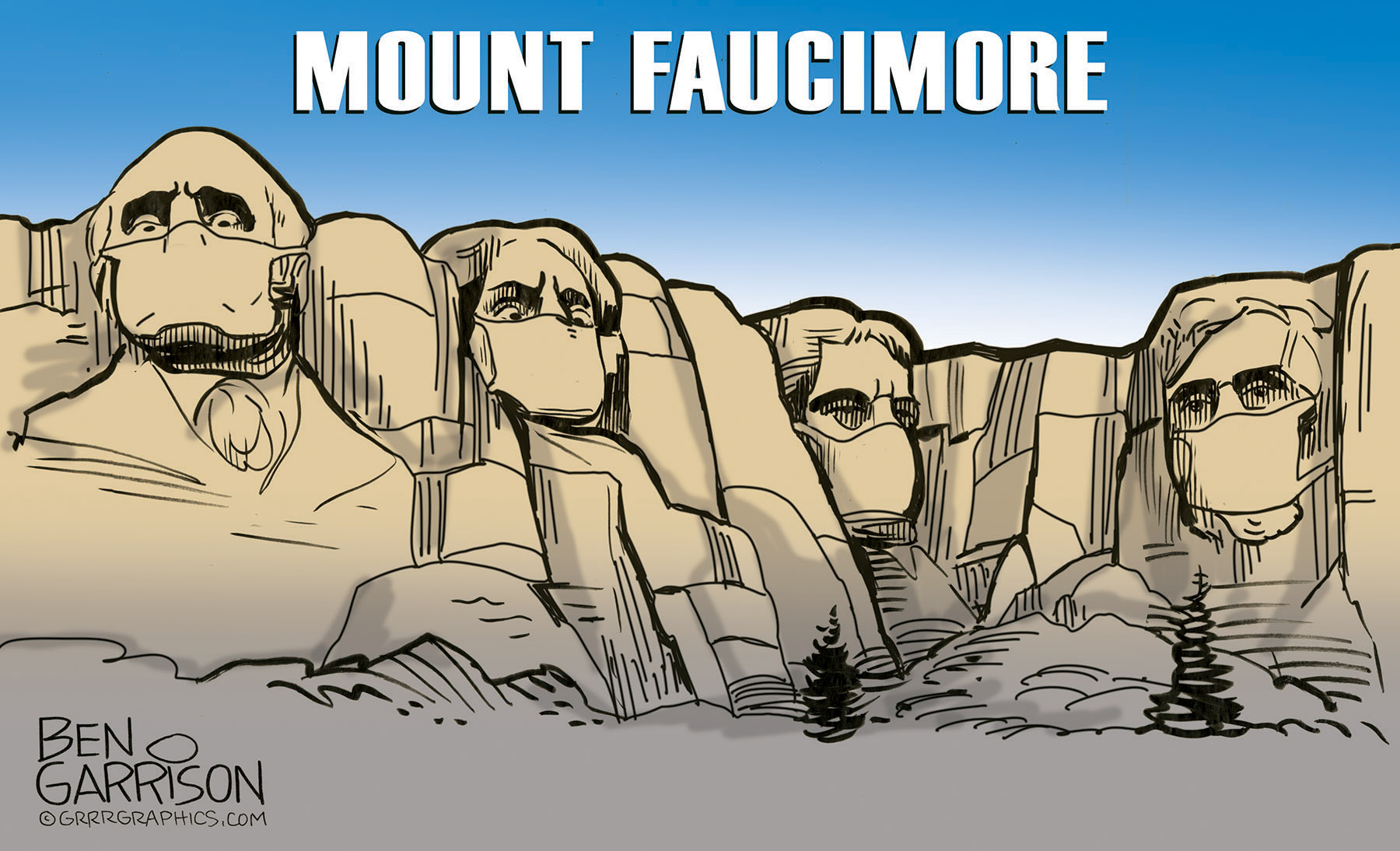 Dr. Fauci would destroy our national pride in a different way. Through permanent social distancing (division) and mask wearing, Americans are becoming dehumanized. Fauci knows a haphazard piece of dirty cloth over a mouth all day is unhygienic, but also ineffective as well as downright unhealthy. All it does is cause the hapless wearers to breathe in their own CO2 all day. What it’s really about is compliance. Get people used to genuflecting toward and obeying corrupt authorities hiding behind the seemingly omniscient word, ‘science.’

However, those supposedly practicing science can be corrupted like anyone else. The eugenicist Bill Gates has corrupted the medical field with his billions of dollars. What Gates has done would make Josef Mengele blush.

Our Founding Fathers would have none of Fauci’s nonsense and neither should we.

PS Whoops…The “experts” were wrong again! Is anyone surprised?

According to Just The News the use of hydroxychloroquine cut the mortality rate of coronavirus victims in half.