The decision nullifies a ruling that a three-judge panel on the appeals court handed down last month. The judges voted 2-1 on June 24 to order U.S. District Court Judge Emmet Sullivan to comply with the Justice Department’s request to dismiss the case against Flynn.

The Justice Department filed a motion on May 7 requesting that charges be dropped against Flynn, who had entered a plea agreement with the special counsel’s office in 2017.

He appealed to the entire Washington, D.C. appeals court, which agreed to hold a hearing on the matter on Aug. 11, according to an announcement on Thursday.

Flynn pleaded guilty on Dec. 1, 2017 to making false statements to the FBI on Jan. 24, 2017 regarding his conversations weeks earlier with Russian ambassador Sergey Kislyak. Flynn reiterated his guilty plea at a sentencing hearing on Dec. 18, 2018. He backed out of that hearing after Sullivan indicated that he planned to sentence Flynn to some jail time. 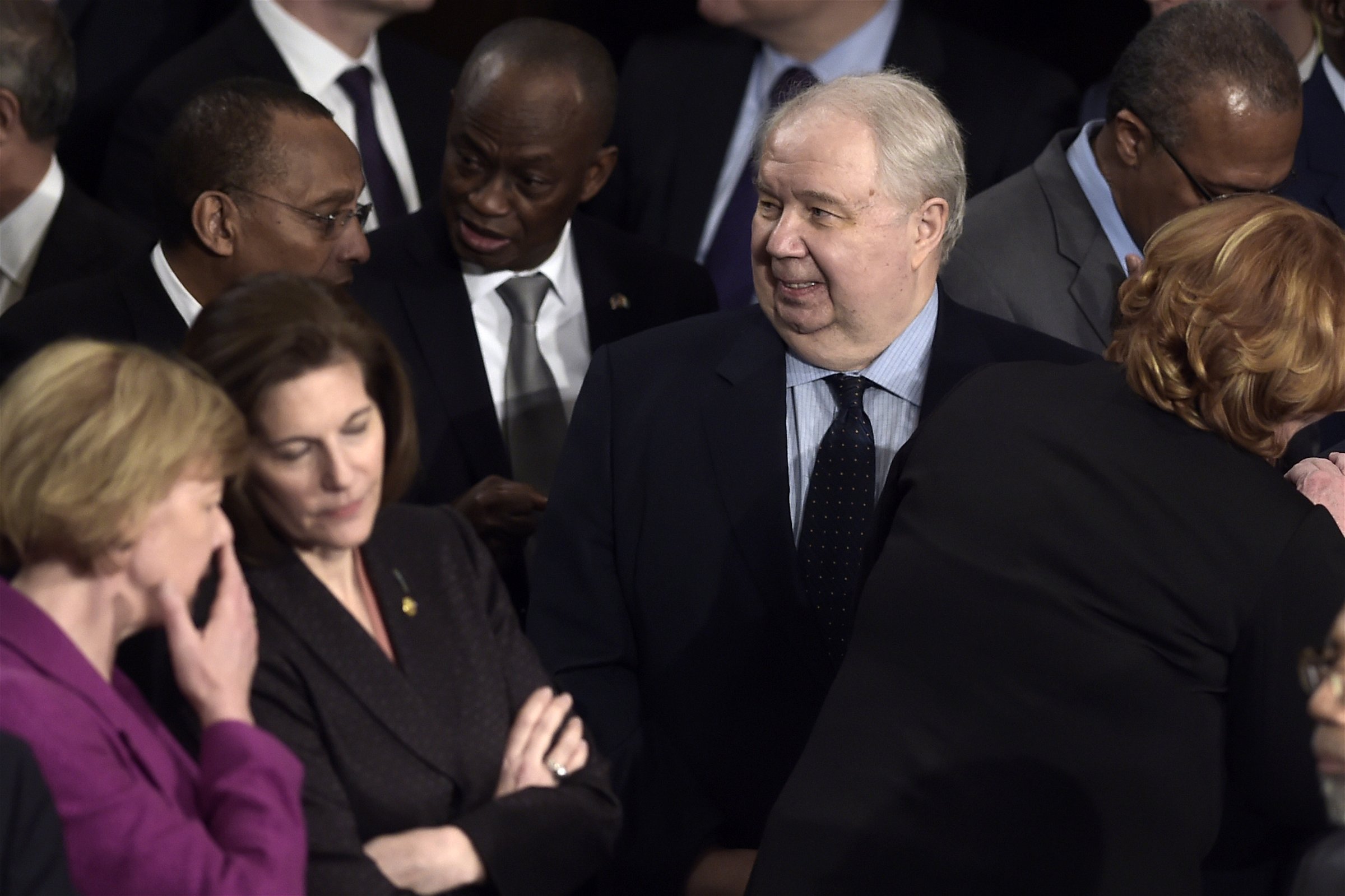 Russian Ambassador to the US Sergey Kislyak (C) arrives before US President Donald Trump addresses a joint session of the US Congress on February 28, 2017, in Washington, DC. (BRENDAN SMIALOWSKI/AFP via Getty Images)

In the months after that hearing, Flynn mounted a more aggressive defense. He fired his initial legal team and hired Sidney Powell, a former federal prosecutor who was an outspoken critic of the special counsel’s probe.

Powell slowly forced the Justice Department to hand over evidence that showed FBI officials developing strategies on how to interview Flynn. On Jan. 29, 2020, Flynn filed a motion to withdraw from his plea deal. He said that he did not intentionally lie to the FBI, and that he regretted entering a plea agreement.

Evidence unsealed in the case shows that FBI officials and the agents who interviewed Flynn were not certain whether he knowingly lied during the interview.

One of the documents is a Jan. 4, 2017 memo from the FBI’s field office in Washington, D.C. recommending that an open counterintelligence investigation against Flynn be closed due to lack of evidence that he was a Russian agent.

Peter Strzok, the FBI deputy chief of counterintelligence, intervened to keep the investigation going. Strzok and another agent took part in the White House interview with Flynn several weeks later.