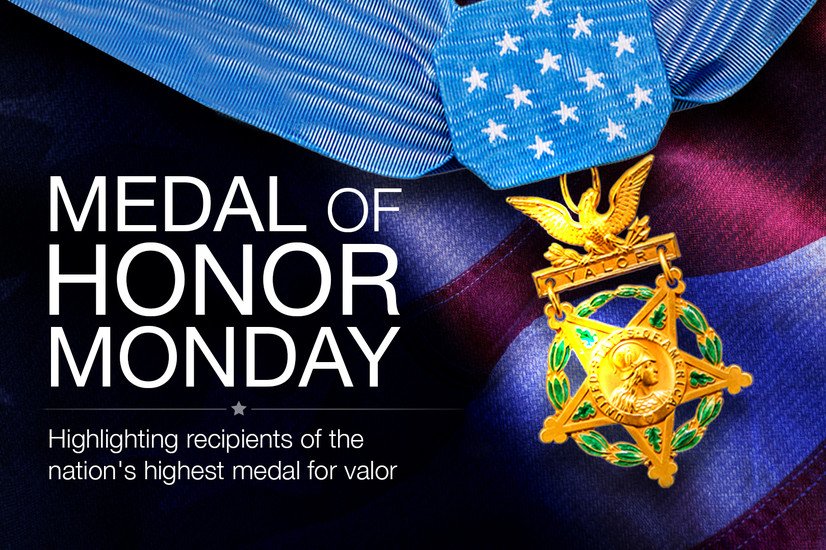 July 27 marks the 67th anniversary of the Korean War armistice agreement that ended three years of hostilities between United Nations forces and North Korea. To commemorate that, we’re highlighting the life and career of Navy Master Chief Petty Officer William Charette — who was the only living hospital corpsman to receive the Medal of Honor for his actions in Korea.

Charette was born on March 29, 1932, in Ludington, Michigan. His parents died when he was 5, so he and his sister were raised by an uncle until World War II. When that uncle was drafted and sent to war, another uncle took care of them on a large dairy farm, which Charette helped work into his teen years.

After high school, Charette worked on a ferry boat on nearby Lake Michigan. The job inspired his interest in working on the water, which led him to join the Navy in 1951, shortly before he turned 19. He was selected to be a hospital corpsman – a medic – because there was a shortage of them at the time.

Charette served at a Navy hospital during his first year, but he later volunteered to attach to a Marine reserve unit. As a hospital corpsman 3rd class, he joined F Company, 2nd Battalion, 7th Marines, 1st Marine Division and was sent to Korea in January 1953.

About two months into the deployment, Charette’s unit was near Panmunjom guarding three hilly outposts along the route from North Korea to the South Korean capital of Seoul. On March 27, 1953, Chinese soldiers fighting for North Korea attacked. Through a barrage of mortar and small-arms fire, Charette moved from wounded comrade to wounded comrade, helping them in any way he could.

When an enemy grenade landed near one Marine he was helping, Charette immediately threw himself onto the injured man, absorbing the blast with his own body. The explosion ripped off Charette’s helmet and medical aid kit and knocked him unconscious. When he regained consciousness, he used his own clothing as bandages to help the other injured men around him, ignoring his own wounds. One Marine’s armored vest had been ripped off his body by an explosion, so Charette took off his own and put it on the injured man.

The unit moved toward safety in a trench. They were carrying a Marine who was suffering from a serious leg wound when they reached a point where the trench had caved in.

“Where the trench was blown in, they stopped. I was somewhere toward the rear, so I walked — well, huddled down — to get up there. I was pretty young and strong at the time, so I said, ‘I’m going to stand up, and you pass him to me and get someone on the other side to take him, and we’ll just lift him over.’ And that’s what we did,” Charette said during a Library of Congress Veterans History Project interview in the early 2000s.

The 20-year-old hospital corpsman exposed himself to a hail of enemy fire to make that happen. Using this dangerous maneuver, the unit got four more injured men across the blown-in trench and took them to an aid station.

Charette saved several lives that day. He was initially recommended for the Navy Cross, but that was upgraded to the Medal of Honor.

“When they came and told me they’d moved it up to a Medal of Honor, I immediately went to our captain and told him, ‘I don’t want it.’ I didn’t think I earned it,” Charette said. “I think it was Ernie Pyle who said, ‘You’re ashamed to be alive when you’re among the dead.’ And he was right.”

Charette accepted the honor, despite never considering himself a hero. With much of his family present, he and two soldiers received the medal from President Dwight D. Eisenhower during a White House ceremony on Jan. 12, 1954.

“You try to wear it in respect for those people who should have gotten it but didn’t,” Charette later said.

Five enlisted Navy hospital corpsmen received the Medal of Honor for actions taken in Korea. Charette was the only living recipient.

Charette was still in Korea when the armistice was signed. He left the Navy briefly after returning to the U.S., but he eventually re-enlisted and served for many years in the nuclear submarine program. During that time, he married and had four children.

In 1977, Charette retired as a master chief hospital corpsman after 26 years of service.

Since then, he has spoken to schoolchildren and various other groups over the years.

Charette died from heart surgery complications on March 18, 2012, near his home in Lakeland, Florida. He is buried at Florida National Cemetery.

In March 2019, it was announced that an Arleigh Burke-class guided-missile destroyer wound be named in his honor.

Watch: President Trump Participates in a Greeting with the Walking Marine, Terry Sharpe