The big lie that American policing is systemically racist poses an existential threat to the rule of law, racial harmony, and the social fabric of the United States of America. This dangerously false narrative is a complete fabrication, manufactured and perpetuated by an alliance of loud and powerful voices. These include the mainstream advocacy media, Antifa anarchist and terrorists, Black Lives Matter, woke Hollywood celebrities, university elites, activist professional athletes and many politicians.

American law enforcement strives for excellence, and there is no doubt that policing can and should be made better through improved training and supervision; the monitoring, discipline, and removal when necessary of bad officers; more positive community engagement, increased transparency, and greater overall accountability. But if the lie of systemic police racism is accepted as true and allowed to be continually repeated without challenge, the situation will not only get worse, it will be irrevocably broken.

Efforts at police reform built upon the foundation of this lie will result in continued distrust and hatred of the police; increased racial division; more police officers targeted and assassinated; and further violence, crime, and death in our communities. Few people are standing up to speak the truth—a handful of politicians, a small number of media voices, and honest academics–but sadly, to the knowledge of this writer, no chiefs of police.

The brutal and unjustified killing of George Floyd at the hands of a Minneapolis police officer was met with universal and immediate condemnation from all levels of American law enforcement. Police chiefs, police professional organizations, and rank and file police officers unanimously denounced the disgraceful action. Police across our country were sickened by what they saw. The justice system reacted in record time to criminally charge the rogue cop and three officers who shamefully stood idly by without attempting to intervene.

No one, starting with the police themselves, wants bad cops. Police who commit crimes cannot be tolerated and must be held accountable. But while the gross police misconduct and killing of Mr. Floyd was terrible, it was also an exceedingly rare incident. Despite this fact, the media, Black Lives Matter, Antifa and politicians claim that American policing as an institution is systemically racist—but this is a proven lie.

Let’s look at the facts. There are two major falsehoods at the core of the myth that policing is systemically racist:

Both claims are provably false.

The most definitive study to-date, published by the National Academy of Sciences, shows that 55% of all people fatally shot in America by the police are white — more than double the number of black (27%) or Hispanics (19%). And while black citizens make up 27% of the people shot and killed by the police despite making up only 14% of the U.S. population, the racial disparities in police shootings are not caused by racism. Analysis of crime data from more than 200 U.S. counties show the strongest predictor of being shot by the police is not race, but whether the person is engaging in violent criminal behavior. Just this week, the study was retracted by its authors–not because any of the data was faulty, but because they didn’t like how it was being used, to the embarrassment of BLM and their media allies.

The claim that racial bias by individual officers is the cause of racial disparities in police shootings has also been proven to be false, according to a study from the journal of Criminology and Public Policy. White officers are no more likely to shoot a black person than are black or Hispanic officers. Not only is racial bias on the part of individual officers not a significant predictor of police shootings of black people, but has also been found that under the same circumstances, officers of all races are statistically less likely to shoot a black person than a white person.

Most media, through its continual selective and sensationalized coverage of the exceedingly rare occurrence of the police shooting of unarmed black citizens, has created the false impression that these are common events. Annually, the number of encounters between citizens and the police in the U.S. are at minimum 50 million, and when calculated for multiple contacts during a single incident, more than 200 million. Major databases like www.killedbypolice.com report that during a typical year, approximately 1,000 people total are killed by the police. Of these citizens shot by the police, 90% are armed with a weapon and between 90% and 95% are attacking the police or another person. In the United States last year, during the approximately 200 million police-citizen contacts, a total of 14 unarmed black citizens were killed by police.

And as we know from then-Attorney General Eric Holder’s Department of Justice far-reaching investigation and report into the 2014 Michael Brown shooting incident in Ferguson, Missouri—“unarmed” does not always mean “not posing a threat.” Holder’s DOJ report found that the 6’5”, 289-pound, 18-year-old Brown, shortly after committing a violent strong armed robbery against a minority store owner; viciously attacked a police officer and attempted to disarm him by grabbing the officer’s gun. (The Holder investigation also showed that Michael Brown never said, “hands up, don’t shoot.”)

In fact, during the 14 unarmed black fatalities last year, in at least eight of those cases, the person shot was either attacking or struggling with the police. How rare are 14 unarmed deaths among 50 million police-citizen encounters? Astonishingly so. To put this in perspective, an unarmed black person in America is over 3 times more likely to be struck by lightning than be killed by the police. The War on Cops, however, continues unabated. As of Thursday night, since George Floyd’s tragic death, nine law enforcement officers have been shot to death with little media interest or news coverage.

Where is the police leadership? When peaceful protests of George Floyd’s killing quickly transformed into violent attacks on police and citizens, rioting, looting, and arson, leftist Democrat mayors in our major cities and their police chiefs were unwilling to forcefully respond to the violence. Unfortunately, this was not a novel response to criminal and public disorder. In 2015, when riots ignited in Baltimore, the city’s mayor instructed her police commissioner to give the criminal mob “space to destroy.” The order was carried out and the mob did exactly what you would expect when given space to destroy—they destroyed. While police mostly looked on, the mob looted and destroyed 200 largely black-owned businesses, burned 60 buildings, and torched nearly 150 vehicles.

This time in Minneapolis, taking a page from Baltimore’s riot handbook, the mayor and his police chief responded by ordering police officers to not respond to victims’ frantic 911 calls for protection from looters. Then, after looting was out of control, in an unprecedented act of submission to crime and lawlessness, they handed over the city’s third precinct police station to the thugs to be occupied, destroyed, and burned. The pathetic videos of MPD officers fleeing their police station, while being chased down the street by the Antifa-led mob were profoundly shocking—devastating all law enforcement and terrifying decent citizens. But it was also a critical national turning point in the disorder—sending the appalling message across the country that the rule of law was no longer in effect and that “The Thin Blue Line” separating law abiding society from chaos had been erased.

In a criminal’s mind, the conclusion was simple: If the police won’t protect their own police station, they won’t protect anything or anyone. Violence and destruction across the country spread with a new intensity.

The disgraceful response to the Minneapolis rioters demoralized police officers, terrified citizens, and emboldened criminals. In city after city, where police were ordered to stand back, observe, and be attacked instead of responding to rioters with justified, legal, and appropriate force and arrests, violent chaos erupted. Citizens attempting to protect their property or even call the police were chased down by savage mobs, brutally beaten or shot, and left for dead; hundreds of stores and businesses were looted and burned, and police officers were battered, stabbed and shot. In New York City, this escalated mayhem was the direct result of “the light touch” for rioters ordered by that city’s mayor. Similar responses in other cities resulted in equally disastrous consequences.

The Left and their media have almost completely ignored the murders of police officers and other citizens. Protesters viciously attacked the police across America. Four police officers were shot by protesters in St. Louis. In an ambush attack in New York City, a protester stabbed an NYPD officer in the neck, took the officer’s gun and shot two other officers. In Jacksonville, a protester slashed a Deputy’s neck with a knife. Molotov cocktails were thrown at NYPD Officers. Police were run over with vehicles, hit with bricks, rocks, frozen bottles of water and bags of human urine and feces. More than 700 police officers were injured. Twelve on-duty officers were shot, one fatally, and one paralyzed from the neck down. A 77-year-old retired St. Louis Police Department Captain was killed by looters as he tried to protect a friend’s business. At least 17 people have been killed over the course of the riots.

The looting, arson and targeted violence against police wasn’t about “police reform” and the assassination of police officers wasn’t about mourning or respecting George Floyd—so what is really going on?

Maurice Richards is the former Chief of the Martinsburg Police Department in West Virginia. He served as chief from 2015 to 2020 after 24 years as an officer and lieutenant in the Chicago Police Department. Richards holds a doctorate in Adult Education from Northern Illinois University. 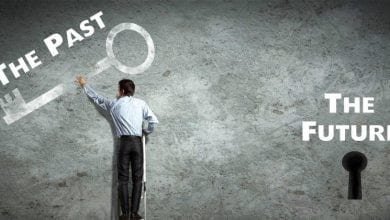 Will Voters Resist Repeating the Errors of History? 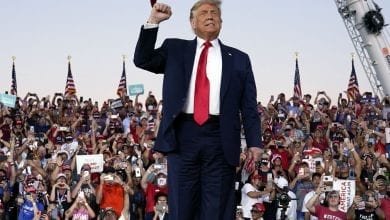