While this Coronavirus is very serious the political ramifications the media and Dems are bringing on are equally as dangerous. In fact, Tucker Carlson pointed out on his show recently that the coronavirus is being driven by politics.

When President Donald Trump took the lead to cut the chances of a Coronavirus disaster, the Democrats said he was acting like a dictator. Now that he has voiced an interest in opening schools and getting America running again, they say he is playing fast and loose with American’s health.

This week New York Governor Andrew Cuomo wrote another chapter in the endless ‘Blame Donald Trump No Matter What Happens saga.’ He told CNN, “If Trump’s government had done its job, the virus wouldn’t have come here. The virus didn’t come here because of anything New Yorkers did, the virus came here because the federal government missed it.” 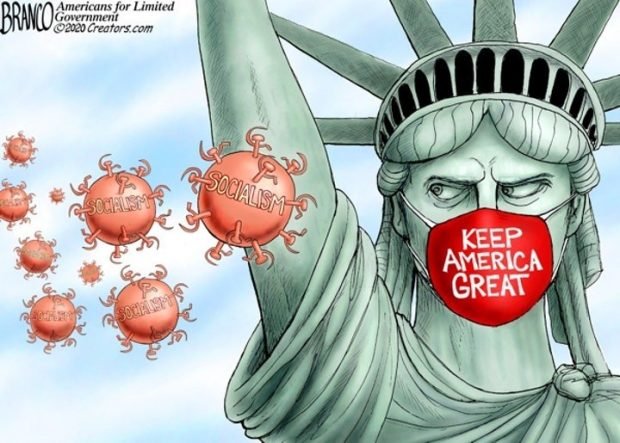 I wonder how Governor Cuomo can sleep at night with all the people his mindless, careless, decisions killed in nursing homes from the Coronavirus? Now he wants to blame our President… the same President that RUSHED AID HDE SO DESPERATELY NEEDED AND WANTED… the same President that had TWO HOSPITALS BUILT IN RECORD TIME, revamped the Javitz Center into another HOSPITAL AND ALSO SENT a huge MEDICAL SHIP with roughly a THOUSAND BEDS… these SAME HOSPITALS AND ALL THE AVAILABLE BEDS SPECIFICALLY PROVIDED TO HIM FOR HELP WITH THE HORRIFIC CORONAVIRUS TRAGEDY TAKING PLACE IN NY., and HE, Gov. CUOMO, instead placed COVID INFECTED PATIENTS IN NURSING HOMES… OUR MOST VULNERABLE PEOPLE…THOSE BRAINLESS, ATROCIOUS, UNJUSTIFIED, UNEXPLAINABLE DECISIONS OF HIS, the GOVERNOR, were DIRECTLY RESPONSIBLE FOR OVER FOUR THOUSAND DEATHS! So, once again I ask the Governor, HOW DOES HE SLEEP AT NIGHT?

Yes, this is an election year and the Dems are playing fast and loose with trying to stay in power and getting back the presidency. If the dog bites or the bee stings or you stub your toe it must be Trump’s fault.

Now New York mortuary workers, EMTs, and hospital staff coming forward with testimony about hundreds of people being labeled as COVID deaths even when they clearly died from other reasons. The same is the case in Florida, where all private clinics were caught fabricating an average of 80% of all tests as Coronavirus positive.

The story is the same all across the country. States and counties are faking their COVID numbers — and why wouldn’t they? After all each hospital, clinic, and healthcare center gets upwards of $13,000 for every verified COVID-19 diagnosis, whether it results in a fake death or not.

Just look at the numbers being reported over the last month vs. the numbers previously reported. The numbers are clearly cooked to scare the American people. Sadly its working. Anyone who believed that this virus wouldn’t have second wave and a third wave is just burying their head in the sand

Dr. Fauci has predicted that there will be something like 180,000 deaths by November 1….so he needs 40K deaths, at least, to occur over the next 3 months…..they have to make sure the numbers support his claim so he doesn’t get exposed for ONE MORE MISTAKE. As far as the “waves”—-there’ll continue to be waves until the election—If Biden is elected, you can be sure the COVID will miraculously disappear completely…period. If Trump is re-elected yet many democrats remain in state positions to support this nonsense, you’ll see the “waves” go on endlessly. And, if Trump gets re-elected and enough Dems are thrown out of their state positions, you’ll see the story gradually disappear. 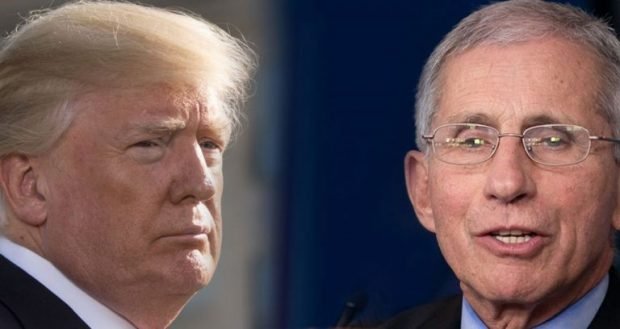 During an interview with MarketWatch that was published Sunday, Fauci was asked if he knew “how less likely people are to transmit coronavirus if they’re wearing a mask.”

“We don’t know exactly,” Fauci replied. “There have been a number of meta-analyses. One published in The Lancet on June 1, 2020, said masks and respirators reduced the risk of infection by anywhere from 78 percent to 85 percent. Your guess is as good as any: 50 percent to 75 percent or 80 percent is probably correct.”

Fauci’s broad range indicates that the data behind the assertion that masks prevent infection is still unclear.

If anything, the scientific community seems to be divided on the issue. In May, the New England Journal of Medicine released a study, reporting, “We know that wearing a mask outside health care facilities offers little, if any, protection from infection.”

That same study also implied that masks had a more psychological rather than physical benefits. The study’s authors continued, saying, “Masks are visible reminders of an otherwise invisible yet widely prevalent pathogen and may remind people of the importance of social distancing and other infection-control measures.”

President Donald Trump said in mid-July that he would not support a national mask mandate. “I’m a believer in masks,” he said. “I think masks are good. But I leave it up to the governors.”

Over the last two weeks alone, there have been more than 915,000 confirmed cases of coronavirus. That’s more than the whole country recorded for the entire month of June.

With the virus spreading like wildfire in many places across the country, leaders are starting to say some states re-opened way too soon. But it wasn’t just the fact that states opened. It was the behavior of people following the re-openings that have led to this significant surge. People were eager and anxious to get back to their old routines. So, they packed bars, spent time with family and friends, and took to the beach as the weather began to warm up.

Many of the states that re-opened early just so happened to be ones in warmer climates, and just so happened to do so around Memorial Day. That has now proven to be a recipe for disaster, as the surge in coronavirus in the American Southwest and South can be linked to travel and gatherings around the holiday.

Dr. Deborah Birx, the White House coronavirus response coordinate, said as much on Fox News on Wednesday. She said,“This epidemic all appeared across the South and the West after June 10 simultaneously. We saw wide virus spread across counties, across rural areas, across small metros and big metros, all the way across the South, Southwest and West, almost simultaneously.” 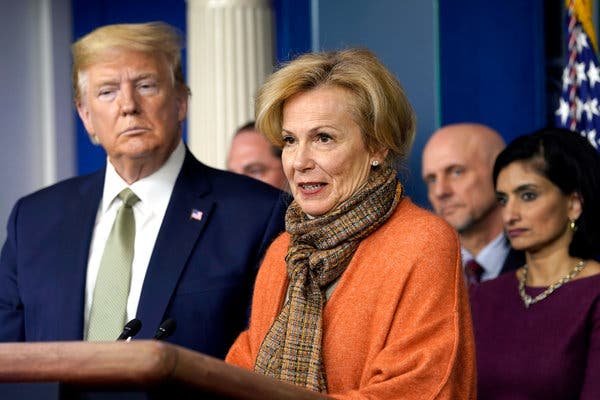 In response to the outbreaks, more than half of states have either rolled back or hit pause on their re-opening plans. Some cities have warned that another full lockdown could be around the corner.

States are trying to force change through these requirements. Almost every state requires people to wear face coverings when in public, and most limit the size of gatherings and enforce social-distancing measures.

But some experts say none of this will have a truly positive effect unless people decide to change their habits.

Recent surges have pushed California to the top of the list as the state with the most cases. Texas continues to break hospitalization records. ICU beds are completely full in close to 50 hospitals throughout Florida. And Louisiana is set to top the 100,000 infection mark, which would put it in the ominous group with 11 other states that have crossed that threshold.