Since when did social media become the ‘Thought Police?’ 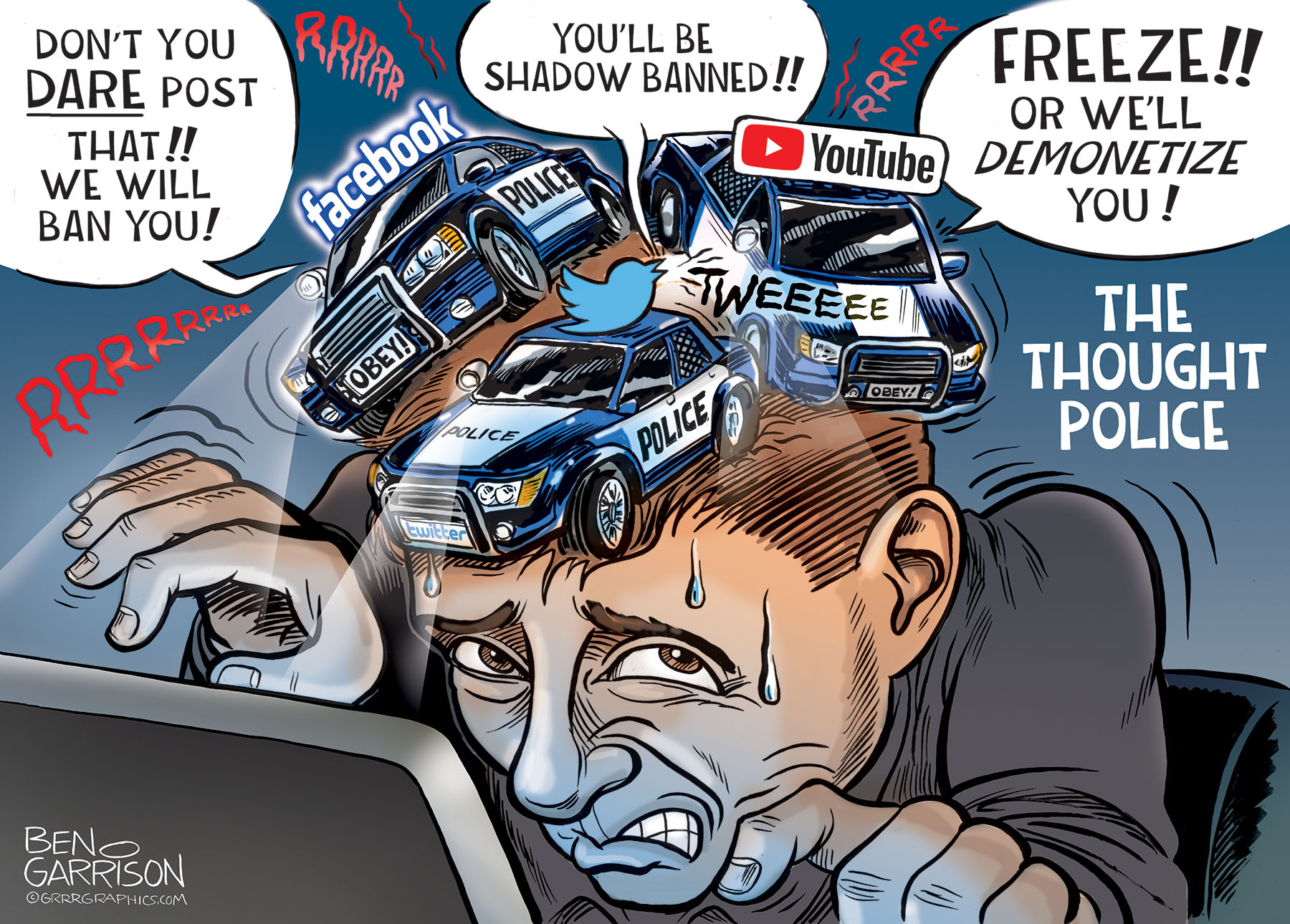 It started after Trump was elected president. The Deep State had become accustomed to brainwashing people through their lying mass media. They figured their pre-approved candidate, Hillary Clinton, was a shoe-in. After all, Trump had never held office and we were told ‘historic’ Hillary was far ahead in the polls. She thought everything had been rigged in her favor, but she didn’t count on the fact that many were getting their news from independent media and social media posts. She didn’t understand memes and underestimated their effectiveness. Hillary dismissed the conservative meme masters as ‘deplorables.’

One of those deplorables, Carpe Donktum, was particularly effective at creating memes and videos that helped get Trump elected. In fact, the president recently retweeted one of Donktum’s videos. Not only was it taken down, but Carpe Donktum was also banned from Facebook and Twitter–and he might even get sued. The Deep State is now attacking conservative meme makers ahead of the next election. They are cracking down on Trump supporters by means of blatant censorship.

As social media became public platforms for communication, less people were watching the legacy media liars. The Deep State figured out we weren’t being properly brainwashed. So they trotted out the virus to create fear while also cracking down on free speech. Conservative speech is now smeared by social media as something dangerous. They lump it in with ‘hate speech.’ Conservative posts and satire can get a person banned! They are training us to be politically correct. Only leftist, New World Order approved material is safe. Hillary is getting her revenge.

Kamala Harris is considered the front-runner for Basement Joe. Harris mentioned once Trump is out, they would go after his supporters with a vengeance. I thought it sounded like something Hillary would say and then I realized Hillary probably did say it. Harris is Hillary’s puppet. Biden is bumbling, corrupt, and demented—a figurehead. Harris will be in charge, which means crooked Hillary will be the real president, even if she has to run things from behind the scenes.

This is the kind of conspiracy theory that attracts the attention of the Thought Police. I wanted Hillary locked up. Instead, she’s making sure our free speech is locked up.