A man who knew Tara Reade during law school says that she told him she was assaulted — marking at least the eighth person to corroborate aspects of her accusations against 2020 presidential candidate Joe Biden.

Reade accused the former vice president in March of kissing her, touching her, and penetrating her with his fingers without her consent when she worked for him in 1993 — allegations that Biden has vigorously and repeatedly denied.

Reade’s allegations garnered national attention in late April and early May, but subsequent media coverage of her academic credentials and her turbulent past has cast doubts on her story. Her legal representation, attorney Douglas Wigdor, abandoned her case in early May following reports that Reade lied about her undergraduate degree.

Joseph Backholm is at least the eighth person to corroborate aspects of Reade’s claims, following her mother, brother, ex-husband, former neighbor, former coworker and at least of her two friends.

Backholm told the Daily Caller News Foundation that he met Reade in law school at Seattle University between 2002 and 2004. The two became friends and would see one another regularly, he said.

“She was a single mom and and my wife and I went essentially out of our way to make sure they weren’t alone in a new place,” he said, referring to Reade’s daughter.

Reade was going by the name Tara McCabe at the time, Backholm said. Reade has previously told the DCNF that she changed her name out of fear for her safety after going through a messy divorce.

Backholm and Reade got to know each other through the Christian Legal Society, a non-profit, non-denominational organization of Christian lawyers, judges, law professors, and law students, Backholm said.

He described Reade as easy to be around, agreeable, and pleasant. “I didn’t ever find her difficult,” he added.

The two held very different political views: Backholm is conservative, a supporter of President Donald Trump, and works as legal counsel for The Colson Center for Christian Worldview, an organization espousing traditional views of marriage as well as pro-life stances.

Reade formerly worked for Democratic politicians, favored former 2020 presidential candidate Bernie Sanders, and has told the DCNF that she is strongly pro-choice.

“We sparred often in very friendly ways,” Backholm said. “We agreed about almost nothing politically, and she’s pretty far to the left, and as far as I know, still is.” 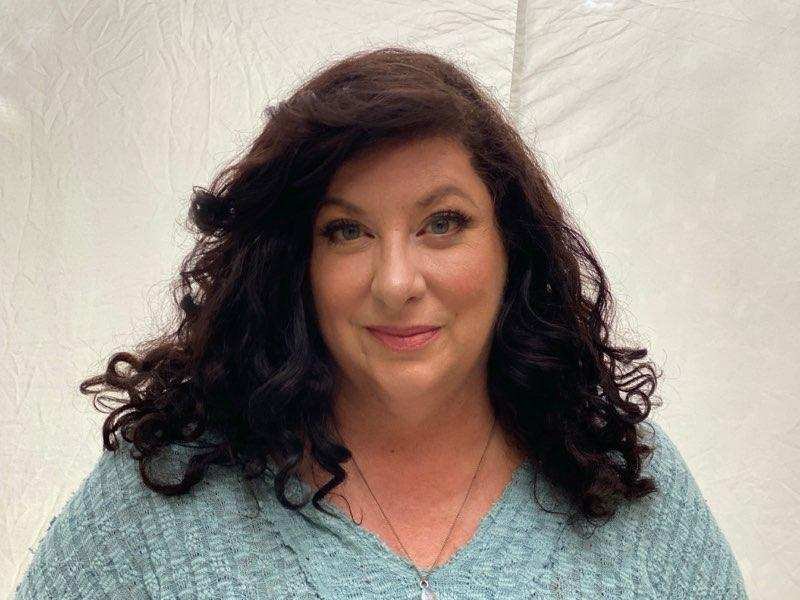 Backholm and Reade attended two conferences together, one in Destin, Florida, and one in Savannah, Georgia. Backholm is not sure which conference it was where Reade disclosed to him that she had formerly been assaulted.

According to Backholm, the two were sitting with other law students on a hotel patio by the water chatting late at night during one of these conferences. Eventually everyone went to bed except Backholm and Reade, who continued discussing Reade’s plans to become a domestic violence advocate.

Reade confirmed to the DCNF that she knew Backholm and that she told him she was assaulted. Her new legal representation did not immediately respond to a request for comment from the DCNF.

“I actually was assuming it was not Joe Biden when she said it,” he added.

Backholm did not recall whether Reade had praised Biden but he said that he got the sense Reade was proud to have worked for the former Delaware senator.

“I just know that he was part of her journey,” he said. “She had worked in Washington D.C. and for Joe Biden. And I always give her a hard time for it because, you know, Joe Biden and I are on different sides of most issues.”

Backholm first told the New York Times that Reade had confided in him about her allegations. The publication included a small portion of Backholm’s story towards the end of a backgrounder on Reade’s life.

“Ms. Reade also put The Times in touch with a number of supporters. Among them was a law school classmate, Joseph Backholm, who said she had told him about an assault by an unnamed senator when they were students together,” the story says. “Mr. Backholm has run an organization in Washington State that opposes same-sex marriage and has received funding from local donors to Mr. Trump.”

Backholm says that Times inaccurately reported details he told them: mainly, that he corrected Times reporter Lisa Lerer over text when she asked him whether Reade told him details of “the assault by a senator during law school.”

“She didn’t provide any details and didn’t say it was a senator,” Backholm texted back to Lerer, according to a screenshot provided to the DCNF.  Lerer did not immediately respond to a request for comment.

Backholm said that he had seen reporting about allegations against Biden but did not realize that he knew Biden’s accuser until he saw Reade’s interview with Megyn Kelly, since he had known Reade by the name Tara McCabe.

I did an interview today with @llerer of the #NewYorkTimes about #TaraReade who has accused #JoeBiden of sexual assault. Since an article is being written in which I expect to be quoted, I want to tell the complete story for any who might be interested. 1 of 16

“I was not in DC in 1993 and I cannot say what happened between Biden and Tara,” Backholm wrote on Twitter following his interview with the New York Times. “But I can say that she made comments to me approximately 17 years ago that are consistent with what she is saying now.”

“And she did so in a context in which there was no obvious motive to lie. It was simply two law school friends talking about where we had come from and where we hoped to go.”

The two continued to correspond after law school through Christmas cards and social media, Backholm said, but when Reade moved back to California they eventually fell out of touch.

Backholm criticized media coverage of Reade’s allegations, emphasizing that such behavior is “what bullies do.” He emphasized that the #METOO movement and many politicians have spent years assuring the country that it is courageous to speak and stand up for oneself, promising support if survivors speak out.

“I think she actually believed that when they said that and those are the very same people who are now trying to destroy her life,” he added.

“I don’t know what mistakes she’s made in her life,” Backholm said, referring to media coverage of Reade’s academic credentials and her past. “I’m sure she’s made some just like I have made some but I think the way that she’s being treated in this environment is a bully tactic. And I was in a position to be able to you know stand with her and make sure she didn’t just get left out there flapping in the wind all by herself. So that’s why I did it.”

Backholm believes Reade was telling him the truth when she said she was sexually assaulted.

“No, I don’t think she was lying to me when she said that,” he said. “Now, do I know that? No. Do I know that it wasn’t a misstatement? You know, maybe she was referring to somebody else?  I don’t know that either.”

“What I do know is that she said something then that is completely consistent with what she has said,” he added.