“Just because there are going to be fireworks downtown — doesn’t mean I have to go,” Bowser said in a press conference Thursday. She said she hopes to see a significant reduction in crowd sizes related to July 4th events, according to Fox 5.

DC Mayor Bowser begins her news conference by urging DC residents to celebrate the 4th of July at home. The feds have already announced the fireworks on the Mall will take place and the President plans a “Salute to America” on the south lawn of WH and Ellipse. pic.twitter.com/cmzKPCofQE

The mayor did not share the same COVID-19 concerns for BLM protests that flooded the city streets following the death of George Floyd, who died after a police officer knelt on his neck for over eight minutes, video showed.

The local leader posted a video of herself burrowed within a large crowd of BLM supporters that do not appear to be maintaining six-feet distances from one another.

President Donald Trump has planned his second edition of “Salute To America” on Independence Day on the White South Lawn. The display will feature “music, military demonstrations, and flyovers to honor our Nation’s service members and veterans,” White House press secretary Kayleigh McEnany said, according to the Washington Times.

Bowser’s office did not immediately respond to a request for comment from the Daily Caller News Foundation. 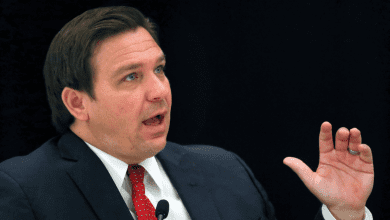 White House message for DeSantis on COVID-19 mask opposition: ‘Get out of the way’