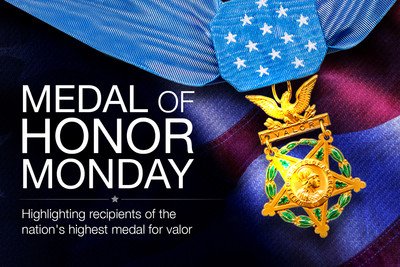 The events of Sept. 11, 2001, inspired a generation of service members to fight for their country. Army Staff Sgt. Ronald Shurer II was one of them. After becoming a Green Beret, he went on to save more than a dozen men during a fierce firefight in Afghanistan. Those efforts eventually earned him the Medal of Honor.

Shurer was born Dec. 7, 1978, in Fairbanks, Alaska. As the son of two Air Force airmen, his family moved around a few times before settling near Joint Base Lewis-McChord in Puyallup, Washington, where he graduated from high school in 1997.

Shurer went on to get his bachelor’s degree in business economics at Washington State University. He stayed on to begin work toward a master’s degree, but then the Sept. 11th attacks happened. Inspired by the generations of his family who served, Shurer joined the Army on Nov. 21, 2002.

Two years after enlisting, Shurer began Special Forces training to become a Green Beret. During that time, he met his wife, Miranda. They were married shortly after he passed the qualification course in June 2006, and he was assigned to the 3rd Special Forces Group.

Shurer deployed to Afghanistan from August 2006 to March 2007, then again from October 2007 to May 2008. It was during that second deployment that he earned his Medal of Honor.

On April 6, 2008, Shurer’s detachment was part of an assault team on a mission in the Shok Valley of northeastern Afghanistan. Their goal: to capture or kill high-value targets operating out of an isolated village on a mountaintop. The team included 15 Special Forces soldiers and about 100 Afghan commandos.

A helicopter dropped the team into the valley, and they broke into smaller groups. As the forward element began to climb up a steep mountain, more than 200 well-trained insurgents in the target village began firing machine guns, sniper rifles and rocket-propelled grenades. Many of the soldiers in the forward element were seriously injured and pinned down on the steep cliffs.

Meanwhile, Shurer — the mission’s only medic — was still at the base of the mountain. He had only begun his assent when the gunfire exploded. Nearly simultaneously, friendly close-air support started returning fire on the enemy.

Shurer heard calls for help, so he braved the intense fire to move further up the mountain.

He first stopped to treat an injured Afghan commando, then a soldier wounded by shrapnel from a rocket-propelled grenade blast. Shurer then continued up the mountain despite the intense gunfire. He joined another small team and spent the next hour picking off insurgents so they could push several hundred more meters toward the lead element, which was shielded from direct enemy fire by a small hillside crest. Once there, Shurer treated and stabilized two U.S. soldiers.

Just as more of Shurer’s teammates arrived to help, two other soldiers were hit. Shurer went to their aid, stabilizing one man’s nearly severed leg. The second man had been hit in the arm by a bullet that had also ricocheted off Shurer’s helmet.

“It felt like I’d been hit in the head with a baseball bat,” Shurer said in a later interview. “I just asked a couple of guys if I was OK, and they said, ‘Yes!'”

For the next few hours, Shurer treated the wounded Americans and 10 Afghan commandos. He even shielded them from falling debris caused by bombs that were being dropped above by close-air support.

“I was just trying to cover the guys, because at that point they were definitely very exposed, very vulnerable to the environment,” Shurer said. “So, I just tried to keep them from getting further injured on top of everything they had already gone through.”

Eventually, two other soldiers found an escape route. They would be able to take the injured men down the mountain under more cover from enemy fire — but it was a near-vertical 60-foot cliff. Still, it was their best option, so Shurer and the two other soldiers began lowering three of the most critically injured men down the steep mountainside. Shurer used his own body to shield them from enemy fire and falling debris.

“We used tubular nylon webbing to kind of wrap it around the guy’s shoulders and lower them down to the next group,” Shurer explained. “We did it as carefully as we could to not cause further injury. Then, we just kind of repeated that process down the hill.”

At the bottom of the mountain, Shurer set up a casualty collection point and kept treating the wounded until a medical evacuation helicopter arrived. Once the most seriously injured men were loaded into it, he went back to the mountain and rejoined the fight until another helicopter came to evacuate the rest of them.

Two Afghan commandos lost their lives, but not one American died that day, thanks to Shurer’s brave and calculated actions.

Continuing Service Outside the Army

Shurer initially received the Silver Star for his actions. He separated from the Army in 2009 and was hired by the Secret Service to work in Arizona before moving his wife and their two sons to Washington, D.C., to serve in the nation’s capital.

More than a decade after that fateful day in Afghanistan, Shurer learned that his Silver Star was being upgraded to the Medal of Honor. On Oct. 1, 2018, he received the medal from President Donald J. Trump during a White House ceremony. He was surrounded by family, friends and many of the teammates who were with him that day on the mountain.

Shurer always insisted he wasn’t a hero and that he was just doing his job.

“This award is not mine,” he said upon receiving the medal. “This award wouldn’t exist without the team. If they weren’t doing their job, I wouldn’t have been able to do my job.”

By the time he received the medal, Shurer had been battling stage 4 lung cancer for about a year and a half. On May 14, 2020, more than three years after his initial diagnosis, Shurer succumbed to the disease. He was 41 years old.

An American hero, gone too soon, Shurer will live on through his family, his friends and all of the people whose lives he saved on that mountain.

Gunman Stoned To Death By Bricks After Opening Fire At Party, Killing 1