In the face of an unprecedented economic downturn caused by the coronavirus, leaders of College Republican groups across the U.S. have asked President Donald Trump to roll back two temporary worker programs for foreign nationals.

“[W]e ask you to immediately take action to rescind the work authorization of hundreds of thousands of foreign, nonimmigrant skilled guest workers in order to ease the economic suffering of American college students and recent graduates looking for meaningful employment in these trying times,” said the letter, which was obtained by the Daily Caller News Foundation.

The letter was signed by more than 25 College Republican and Young Republican chapters across the U.S.

Their request comes at a time when the U.S. economy has cratered under coronavirus-induced lockdown orders.

“Mr. President, the coronavirus crisis has created the worst job market for graduating students since the Great Depression,” the GOP college leaders noted, adding that unemployment stood at 14.7 in April — skyrocketing more than 11 percentage points since the second semester at most universities began in January.

The college leaders say these dire predicaments are compounded by the fact that they are competing in the job market with low-wage foreign workers who are on nonimmigrant visas.

The Optional Practical Training (OPT) program, launched during the George W. Bush administration, authorizes foreign students on an F-1 visa to work in the U.S. for up to 12 months before the completion of their academic studies. H-1B visas are another nonimmigrant visa, given to foreign nationals working temporarily in the country, typically in high-skilled industries.

“These guest workers — and especially those in the OPT and H- 1B programs — take jobs temporarily at wages far below the average for their positions. This is because employers can easily pay these guest workers less than they pay Americans,” the letter said.

“This is not right,” the letter said, adding that the H-1B program is “one of the biggest threats” currently facing American college graduates. The students asked the Trump administration to not only suspend the H-1B program, but also to end the Bush-era OPT program altogether.

In a sharp contrast to the Republican students, the American Council on Education — an association of American universities — sent their own letter to the Trump administration on Thursday requesting the administration protect the OPT program.

Some GOP-aligned organizations supportive of Trump have come out in support of the College Republicans’s request.

“For over a decade, the OPT program has encouraged more foreign students to study here simply to work, resulting in fewer educational and employment opportunities for American students,” RJ Hauman, head of government relations at the Federation for American Immigration Reform (FAIR), said Friday to the DCNF.

“As these organizations point out, this is not right, especially now,” Mark Ivanyo, legislative director at Republicans for National Renewal, said to the DCNF. “It must be ended and all guest worker programs should be put on pause until things return to normal.” 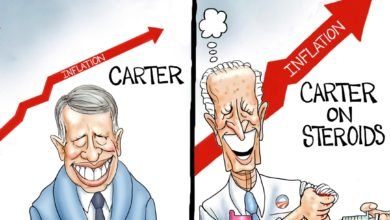 ‘No Question’: Worst is Yet to Come for Americans