Gates Gets the jackboots out…

“Unless we put medical freedom into the Constitution the time will come when medicine will organize into an undercover dictatorship and force people who wish doctors and treatment of their own choice to submit to only what the dictating outfit offers.” 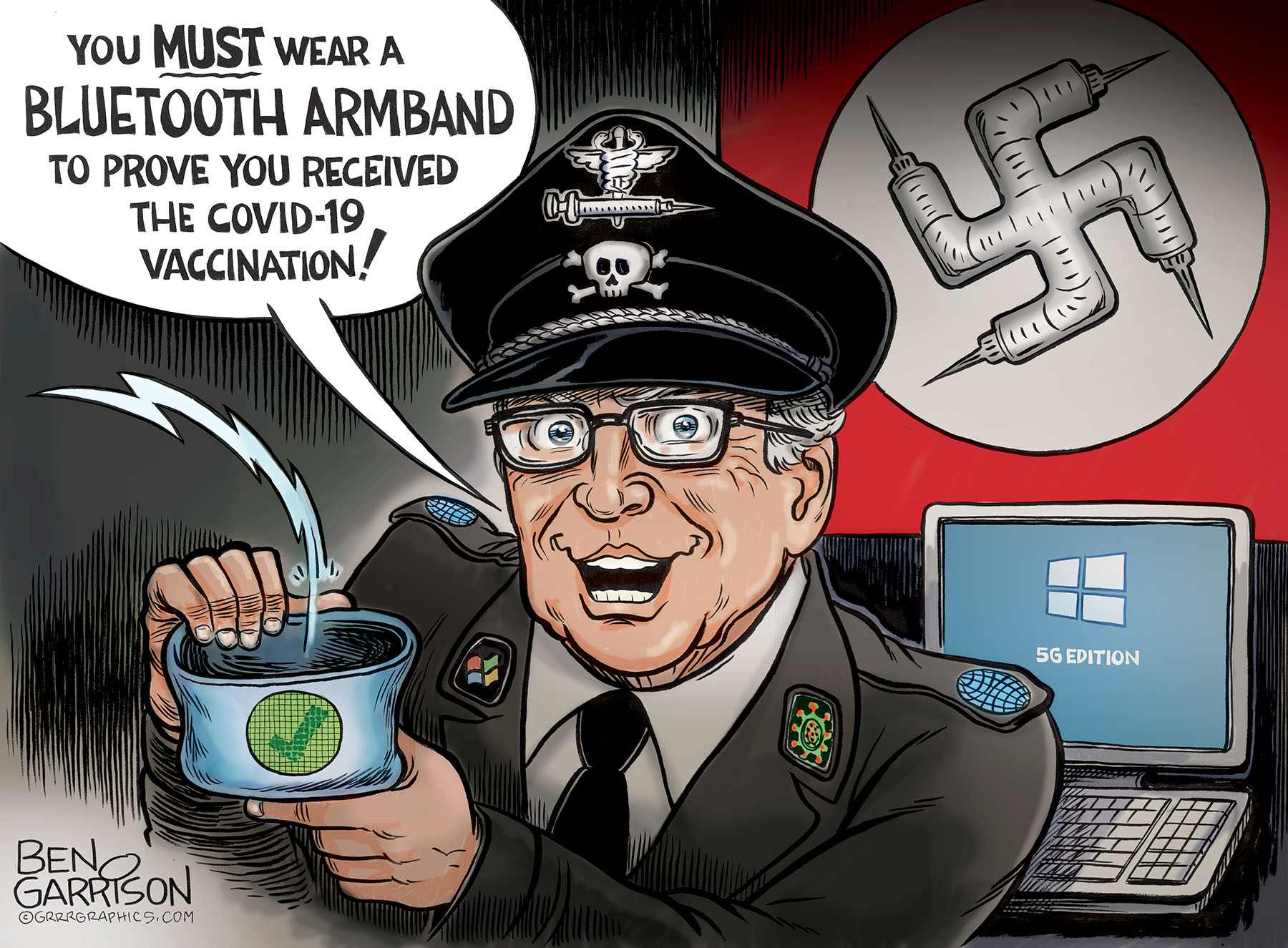 These are the words of one of our Founding Fathers, Benjamin Rush. He signed the Declaration of Independence. Today his fear is realized, but the medical dictatorship is not undercover. It’s now in our faces and turning us into submissive citizen cattle.

Using fear as a whip, the tyrants have herded We The Sheeple into our homes, where we’ve been told to remain for an indefinite period of time.

Dr. Anthony Fauci is the director of the National Institute of Allergy and Infectious Diseases. He’s a top medical ‘authority’ who is also good friends with Hillary Clinton and the Deep State. Fauci is a medical Napoleon (though not as tall) who recommends a nationwide lockdown and a month of ‘social distancing.’ These recommendations are unconstitutional, but they are backed up by brute force regardless. Kentucky courts recently ruled that coronavirus patients had to wear GPS ankle monitors if they refuse to stay at home. They say ‘it’s the law.’ Just like that.

The AMA, the WHO, the CDC and the rest of the medical authorities are corrupt and in league with the globalist Deep State. None of them care if our constitutional rights are violated. Our federal government doesn’t care about us, either. Our rights be damned. They think we can be bought off with a paltry thousand bucks or so. Rights that were hard fought for and won by bloodshed are now easily traded in for ’safety.’

Bill Gates is a eugenicist and medical tyrant who controls a foundation that is intertwined with Big Pharma and medical institutions worldwide. His goal is to jab needles containing coronavirus vaccines into the arms of every human being on the face of the Earth. He also wants us all digitally tracked. With each vaccine, Bill wants to add a tiny, digital element which will provide biometric identification. If this isn’t the ‘mark of the beast,’ I don’t know what is.

We have not protested or pushed back against this medical tyranny. That emboldens control freaks such as Gates. Things will get worse. We have already been forced into our ghettos. What’s next, digital arm bands of sorts? (Yes, history does repeat itself). Why not just tattoo us like the Nazis did, Bill? Will you demand bluetooth armbands be worn to wirelessly transmit medical data at all checkpoints? We won’t hear that old phrase “Your papers, please” everywhere because the ‘authorities’ will know automatically.

What will happen if we refuse to be vaccinated, tagged, bagged? The tyrants will punish us. We might be fined. We will be vilified by their lying, mass media. We will not be able to travel, go to public places, or hold a job.

It’s hard-core tyranny and it’s coming our way, but we must resist the ‘mandatory’ vaccinations to come.