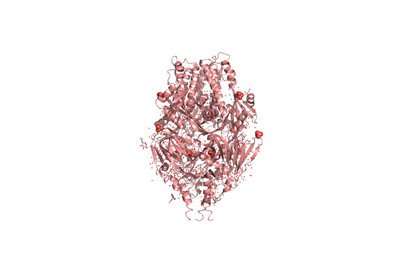 There isn’t much nice to say about SARS-CoV-2, HIV or the common flu virus — but they all do make a fascinating picture. Those images, seen on TV, in newspapers and on the web are produced by researchers like Dr. Gordon Joyce to help other researchers better develop the vaccines that will eventually destroy the viruses.

Years ago, if researchers wanted a visualization of a virus, they’d have to do a sort of artist’s rendering, said Joyce, an employee of the Henry M. Jackson Foundation for the Advancement of Military Medicine, which supports the Walter Reed Army Institute of Research Emerging Infectious Disease Branch through a cooperative agreement.

“A few years ago, we would have these sort of cartoons or artistic representations,” Joyce said. “But now, as technology has improved, we are able to actually use real images from a cell and real images of the virus.”

The high-resolution graphic of SARS-CoV-2 seen on the Centers for Disease Control and Prevention’s website is partially artistic — but the red “spikes” seen on the virus’s grey body were created using an electron microscope, Joyce said.

“You have this circle, which is the virus, and then protruding from the circle are these spikes,” Joyce said. “The spike is the name for this external part of the virus, and that’s what gives it the name ‘corona.'”

The word “corona,” he said, means “crown” in Latin.

Joyce said X-ray crystallography and electron microscopy are two ways that researchers can take such breathtaking images of viruses such as SARS-CoV-2, HIV-1, MERS-CoV, influenza, the human metapneumovirus, or the respiratory syncytial virus.

Using a scanning electron microscope, he said, researchers take as many as a million images of a virus. Then, he said, maybe the best 100,000 of those are assembled to produce a composite image.

“There’s a lot of math behind that as well to actually align those pictures, one on top of the other, and that’s how you can get these high-resolution images now,” he added.

In years past, he said, the technology and processing power was not available to accomplish such a gargantuan task. But advances in computing power have now made it possible.

“Our group at WRAIR are experts using X-ray crystallography, and that’s what we’ve used to capture images of the SARS-CoV-2 target. This is like getting a high-resolution satellite image of your target. With that information you can best design your attack,” Joyce said.

For that, he explained, researchers at his lab grow protein crystals of a virus — just portions of the virus — and then cool those crystals using liquid nitrogen. Those crystals are sent off to Argonne National Laboratory in Lamont, Illinois, where they’ll be bombarded with X-rays along a beamline inside the Advanced Photon Source, which is a particular kind of particle accelerator called a synchrotron.

The scattering of X-rays by the crystal can be measured to determine the atomic structure of whatever is being evaluated, Joyce said.

“From that diffraction pattern,” he said, we use a set of mathematical formulas to actually convert back to the atomic detail that we need for many things — for vaccine design, for therapeutics design and for diagnostic information.”

While the samples of crystallized proteins from the SARS-CoV-2 are off at the Argonne National Laboratory, Joyce and fellow researchers control the experiment.

“We actually remotely control the loading and diffraction experiments on what is called a beamline,” he said. “So on a synchrotron there’s maybe about 40 different beamlines, and we use one of those beamlines to diffract our crystals.”

X-ray crystallography doesn’t require nearly as many images to be captured. Instead, anywhere from 100 to 400 images, rather than 100,000 for electron microscopy, are acceptable, he said. “It’s much less from that aspect,” he added. “But you have to grow a very good crystal, a very good protein crystal. And that’s sort of the tricky part. But once you’ve got a good crystal, then data collection can be very fast, and structure determination can be very fast.”

The SARS-CoV-2 virus is shown with spikes in red. Gordon said that images of viruses are captured initially in black and white and are colored using imaging software to draw attention to the most relevant parts of a virus. Researchers typically select the colors they think are most suited to illustrate a virus.

“With the programs we use, we can pick and choose what color we would like,” he said, “But generally we color the viruses sort of these hot colors, such as red, and we tend to color the human proteins sort of cooler colors like blues and greens. It’s up to the user.”

Gordon is going to publish one of the highest-resolution images of SARS-CoV-2 ever made, but his image isn’t an image of the entire virus. Rather, it’s a portion of the virus — a portion of one of those “spikes” on the surface. That’s where the action is, he said. It’s that spike that penetrates cells in the human body and causes infections, he explained, and it’s the spike about which the researchers need the most detailed information so they can develop a vaccine.

“Today, this is the highest-resolution that is available for one part of the spike protein,” Joyce said, adding that it will help small-molecule drug developers understand on an atomic level the most important parts of SARS-CoV-2. “Moving one atom or replacing one atom within a drug can make a huge difference in potency and activity,” he said.

Joyce also said researchers have imagery of a human antibody binding to SARS-CoV-2 — an antibody that was able to bind to earlier variations of SARS, about 15 years ago. That bodes well for the development of a new vaccine for the most recent version of coronavirus, he said.

“It’s able to do that because of where exactly it binds on the viral spike,” he said. “That region is the same between the two viruses. So in some ways, that’s very useful right now. … Our group is also using that antibody to assess our vaccine candidates.”

Images of viruses allow everyone to visualize what is making them sick, of course. Those pictures are fascinating on the news, but they aren’t just artwork, Joyce said. They serve as tools for researchers who want to find a cure.

“The high-resolution images are really critical for many reasons,” he said. “That atomic detail is what we really need to actually make better vaccines.”

Behind the scenes, in labs around the world, Joyce said, researchers can use virus images and the data files that come with them to get detail on the atomic level about how a virus is structured.

“That’s being used every day to help design vaccines and also small-molecule inhibitors,” he said. “That’s our No. 1 [goal] right now: to get a vaccine for the serviceman and for everyone in the United States. There are many groups that are working on that endeavor. In a year or two, we will know which group has been successful, but right now, everybody needs to do their best efforts to get a vaccine. We’re one arm of that effort.”

Sponsored Content
2020-03-18
C. Todd Lopez
0
Previous: NBC News Correspondent Says Coronavirus ‘Is A Bat Virus, Not A China Virus’
Next: Hospitality Union Says Up To 90% Of Its Workers Will Lose Their Jobs