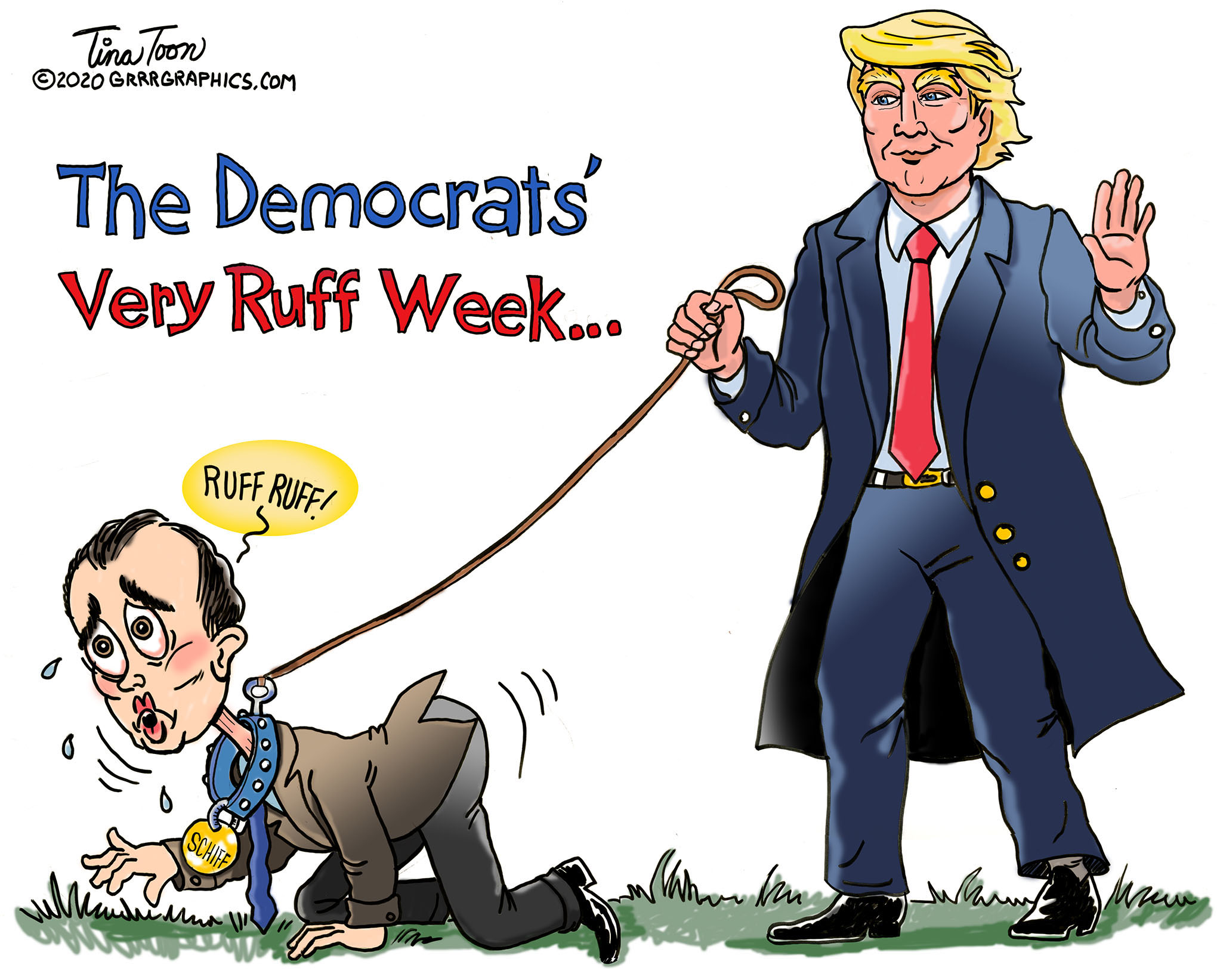 President Trump had his best week in his Presidency. And it keeps getting better!

Mitt Romney voted “guilty” on one of the impeachment articles and will NEVER be re-elected!

The Democrat Caucus in Iowa ran by the DNC was a complete disaster. Who won Iowa? No one knows to this day…

Trump takes out ANOTHER top terrorist in the middle east, specifically Qassim al-Rimi leader of Al Qaeda in Yemen.

Nancy Pelosi gives the gift of endless Trump campaign commercials when she rips the SOTU speech in half in her staged political stunt.

Bloomberg is called out as being racist by the left.

Joe Biden calls a New Hampshire voter a “lying dog-faced pony soldier”, and he needs every vote he can get as he has slumped into fifth place in the polls.

Trump poll numbers hit the highest of his presidency.

The RNC raises  a cool $117 million since impeachment began.

StayTooned Folks- “THE BEST IS YET TO COME”