Virginia is for Gun grabbers?

Governor “Blackface” Northam and his fellow Democrats in Virginia continue to roll ahead with their Soros and Bloomberg-backed gun control plans, which are a direct violation of our Second Amendment. 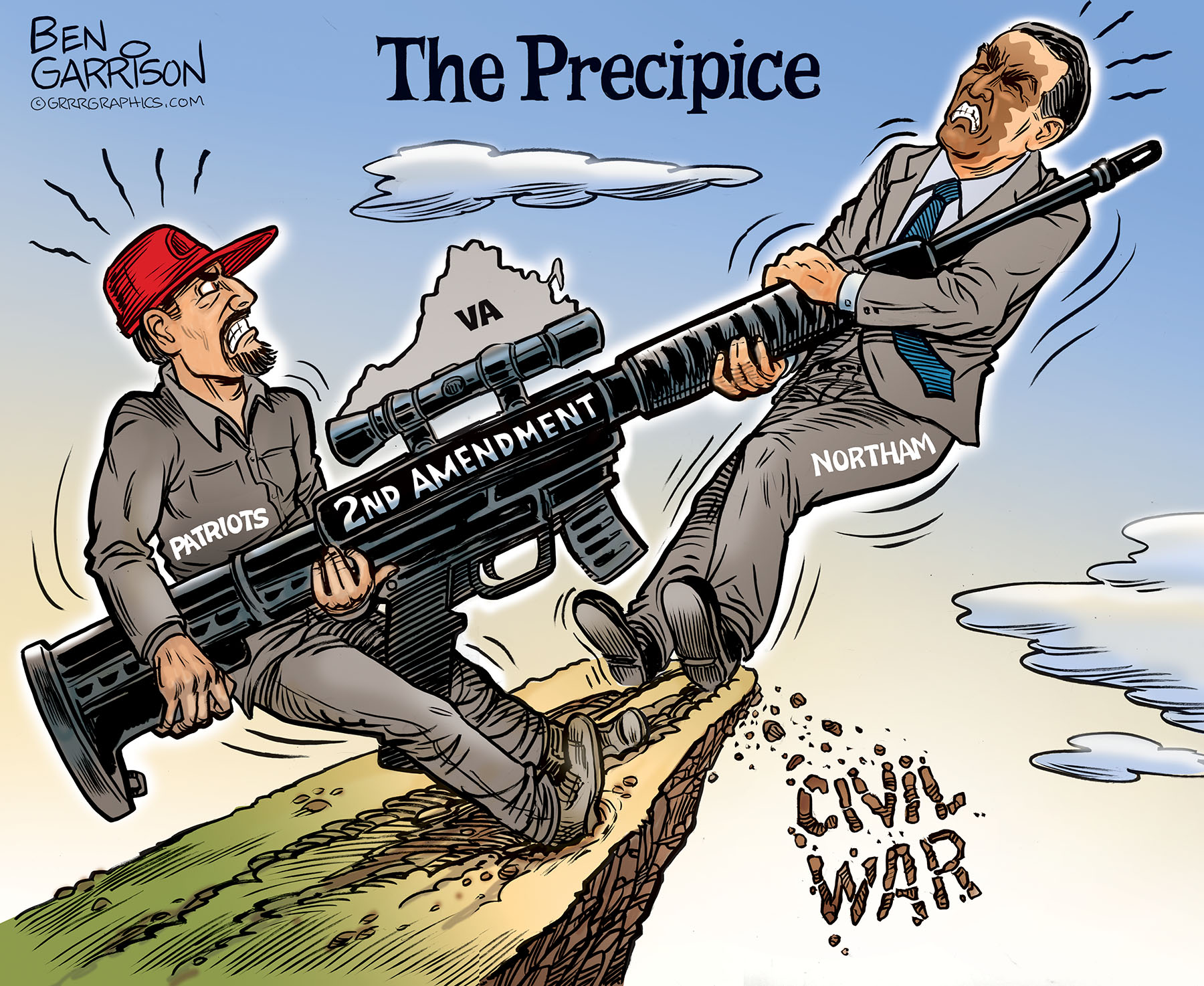 I was encouraged that Trump spoke out on the issue and came down firmly on the side of the patriots who want to protect their right to own firearms. This includes semi-automatic rifles, which are not ‘assault weapons’ as the Democrats claim.

Trump tweeted, “Your 2nd Amendment is under very serious attack in the Great Commonwealth of Virginia. That’s what happens when you vote for Democrats; they will take your guns away. Republicans will win Virginia in 2020. Thank you, Dems!” 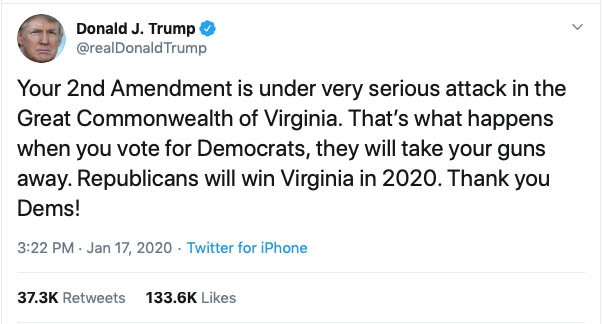 Perhaps the Democrats want to spark a Civil War in the hopes that public opinion will turn against the president. They are playing with fire. When tyrants create laws to remove our rights, it’s time to remove the tyrants.