In another stellar campaign rally, this one in Toledo, Ohio, President Donald Trump reminded the crowd that he donates his Presidential salary back to U.S. government agencies.  “Don’t I deserve credit for that?” he asked.

Such an honest and open request for “credit” isn’t very “statesmanlike” is it? 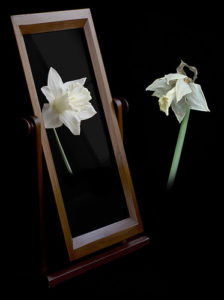 From the moment he entered politics, Donald Trump has never deviated from being exactly who he is and someone who America has never seen before as President of the United States.

What’s more, by any fair, objective standard, Trump has been wildly successful first at winning the Presidency against all odds, and then doing exactly what he set out to do in office.  One could argue that his opponents have also been successful at not doing exactly what they have not wanted to do:  secure America’s borders, decrease our dependence on foreign oil, lower the unemployment rate,  protect American citizens and American sovereignty, etc.  The difference is that now we know that they never wanted to do those things in the first place. Guess who exposed them?After almost four years, some have gotten more used to his “this-is-who-I-am-warts-and-all” style. Some, like myself, have found it downright refreshing compared to the steady diet of air-brushed politicians who have spent thousands on media training so they could appear genuine.

Just because his opponents cannot bear the exposure of their true intentions and massive corruption doesn’t make the extraordinary success of Trump any less impressive.  In fact, this is one of the reasons they have pushed their false narratives so relentlessly. The real narrative is just too threatening.

Like most things Trump, the irrational hatred that has been directed at him has only helped him and he knows it.  It’s one of the reasons he’s surprisingly patient. He lets them hang themselves with their false accusations and just like the transcript he released of his phone call with Ukrainian President Zelensky, he exposes them as the liars they always were.

Still, they don’t get it and we’re very glad of that. The same old Trump-haters wasted no time blaming him for the downing of the Ukrainian plane by Iran. They also blame him for hurricanes, weight gain and the ugly anti-Semitism of which they themselves are so guilty.

Trump’s willingness to take whatever they throw at him is one of his extraordinary gifts. He has given a master class to millions of Republicans and Conservatives on how to fight back against the ever-accusatory, hateful, and unhinged Left.