CNN analyst David Axelrod lamented Friday that voters don’t seem to care about the Trump impeachment trial, citing a tepid response he received on the topic in a focus group with Democrats on Friday.

“I was in a focus group this morning for the Institute of Politics at the University of Chicago with Chicago Democratic voters and it was chilling to hear them talk about this because impeachment didn’t even come up,” Axelrod, the chief strategist for President Obama’s presidential campaigns, told CNN’s Erin Burnett.

“No one volunteered it for 80 minutes into the focus group. And you know, we’re right in the middle of the trial. When it came up, they said, ‘you know, it’s terrible what he did. The case has been proven. But we know how it’s going to turn out so, we’re not really that interested. We’re ready to move on.’”

Friday marked the third day of opening statements at the impeachment trial. House Democrats led by Rep. Adam Schiff have laid out the case for removing Trump for office on charges of abuse of power and obstruction of justice over his actions towards Ukraine.

Ratings for the trial have fallen short of what news networks and Democrats likely hoped. Viewership fell 20 percent between the first and second day of the trial, according to one report.

Support Conservative Daily News with a small donation via Paypal or credit card that will go towards supporting the news and commentary you've come to appreciate.
Tags
David Axelrod impeachment 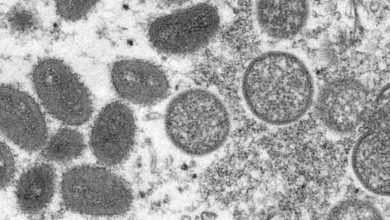 84 Cases of Monkeypox Reported in Spain