Hit The Road Nance, And Don’t Come Back..

When will House Speaker Nancy Pelosi send the articles of impeachment onto the Senate for trial? 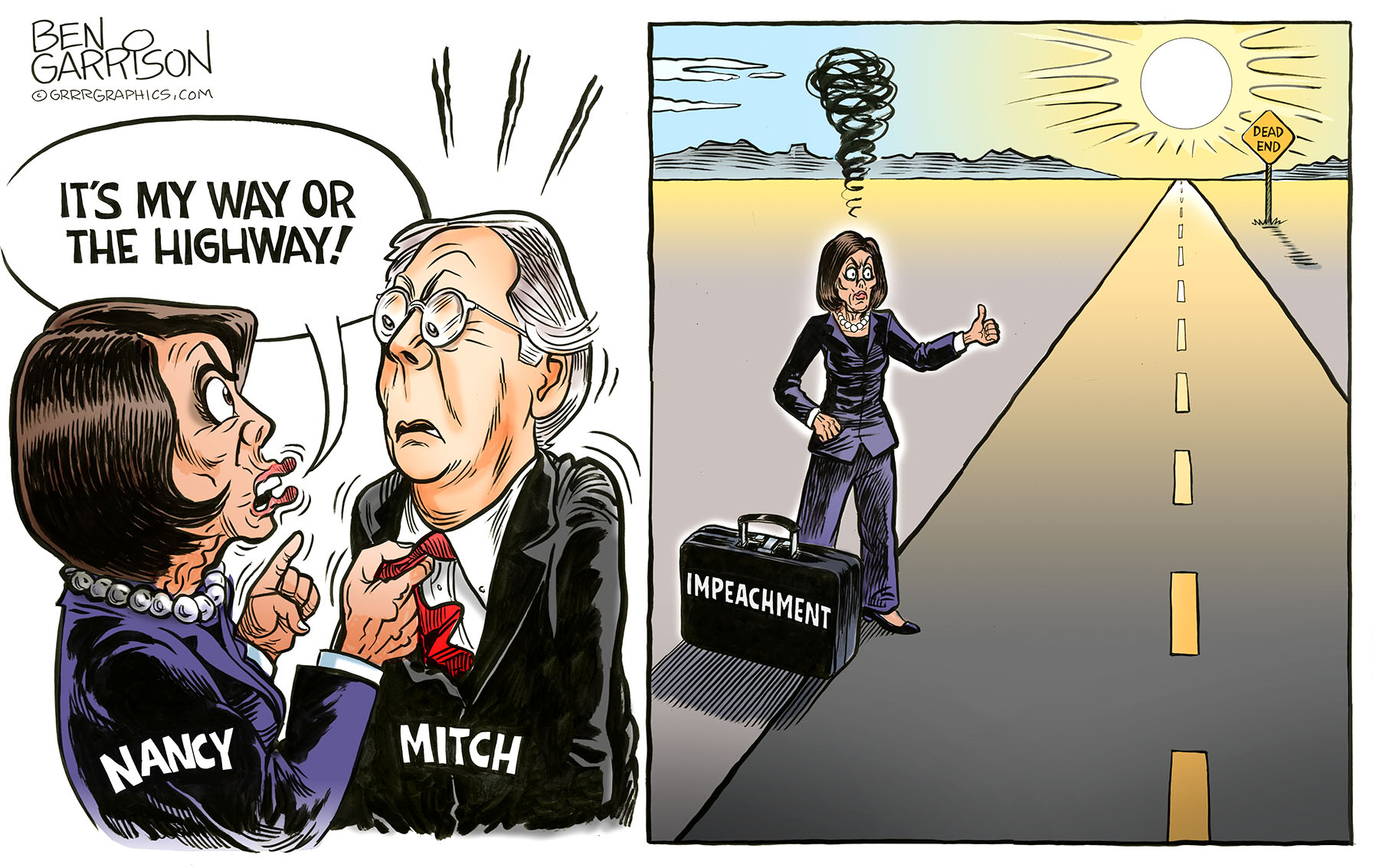 Nobody seems to know for sure, but many in her party are growing impatient over the delay. It could be that Nancy wants to make sure the trial is rigged in favor of impeachment, but the Majority Leader in the Senate, Mitch McConnell, is not cooperating.

Pelosi rushed the impeachment proceedings through the House with no real evidence, which made the Democrats look ridiculously partisan. Now Pelosi is sitting on the process, which also makes her and her party look ridiculous.

Pelosi’s road to impeachment is a waste of time. It takes our country in the wrong direction. It’s a dead end.

Sponsored Content
2020-01-10
Ben Garrison
0
Previous: U.S. is on a ‘cyberwar footing’ as Iran ponders continued retaliation for the killing of a top general
Next: Freeloader: Ocasio-Cortez Refuses To Pay Party Dues, Angering Some Of Her Democratic Colleagues