Laura Gerkin’s arrest came just three days after her father had admonished Trump to have respect for the community prior to his visit.

“You’re a guest in our house,” Pete Gerkin said on Jan. 6 in a public message directed towards Trump.

“When you come to our building, respect our norms,” Pete Gerken said. “We’re a welcoming community. We embrace minorities. We embrace working-class people. We embrace everybody that comes here.”

Laura Gerkin, 36, didn’t appear to have received her father’s memo. She was arrested the night of the Trump rally after police witnessed her physically fighting another person. 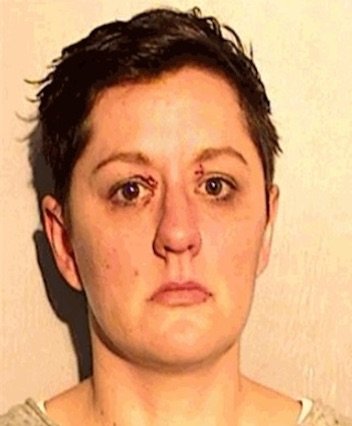 Laura Gerkin “was in a highly emotional state and was yelling obscenities both at the person she was engaged in the confrontation with, officer and passerby,” a police report states. “The defendant was warned to cease her behavior but continued.”

Laura Gerkin then resisted arrest, according to a second police report.

“The defendant was instructed that she was under arrest and was told to place her hands behind her back,” the report states. “The defendant refused and brought both hands to her chest and locked her arms tight and again refused to bring her hands down.”

Laura Gerkin was released on bail and is due back in court next Wednesday.

Pete Gerkin said his family had strong views of Trump in a statement following his daughter’s arrest.

“All Americans have the right to free speech and to exercise their right to express their opinion,” Pete Gerkin said, according to WTOL 11. “The Toledo police department and all law enforcement professionals did a great job yesterday protecting everyone’s safety in the downtown area. Like so many other Americans, we feel strongly about the views of President Trump. We will deal with this issue as a family.”

Pete Gerkin’s strong views about Trump landed him in trouble in July when he was accused of yelling obscenities towards Trump supporters in July during an Elizabeth Warren rally.

The administrator of Toledoans for Trump, Ron Johns, told the Toledo Blade that Pete Gerkin called him and other Trump supporters “mother……..” during the rally.

“Pete was visibly angry as he left the Warren speech. It seems as though he waited to approach us as about 2 minutes prior…,” Johns said. “Pete Gerken stormed by us in a blue shirt and black pants and yelled ‘some are sicker than others, mother…….’ After that he just kept walking, visibly irritated.”

“Most of us were extremely shocked anyone would talk to us that way, especially an elected official,” Johns said.

Pete Gerkin acknowledged that he interacted with the Trump supporters, but denied yelling obscenities.

“I walked by and I said, ‘Some are sicker than others.’ It was in the middle of a raging storm,” Pete Gerkin said. “I don’t remember saying the m-word. I [also] don’t remember what they said in response, though there were angry words said to me. But I just kept on moving.”